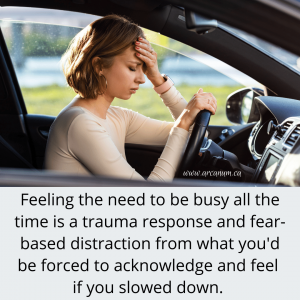 Last week, I innocently posted a little affirmation on our Arcanum Facebook Page that stated, “Stop The Glorification of Busy!”  It was by far, the biggest “LIKE” item for the whole week, and I like to think that I write some pretty cool, innovative stuff.  As I was preparing to explore this topic more fully, I went first to the Internet to see what others had written on the topic.  I found a 20-something young Southern Belle trying to sort out her busy life while living in Vegas with her boyfriend in the military, a very busy “housewife” (her term) on the run from one scheduled item to another like washing the car after picking up the garbage left behind by the garbage collector (she didn’t mention any kids), and a photographer shooting a pre-wedding collection with a recently engaged couple.  Needless to say the fodder for my blog article was a trifle scanty at best.

After giving up on the Internet (rarely happens, but there you have it!) I went to my second richest hub of information, the mecca of opinions, riddled and rife with strong statements, my teenage kids.  So at dinner this evening, I asked them, “Why do folks keep themselves so busy?”  As they pondered over their rice, steak and stir-fried Asian style vegetables, I waited for them to speak.  The first thing they said made a lot of sense to me, “Well, Mom, the term busy usually means someone is doing something they’d rather not be doing.”  I pondered this for a moment, also chewing, “Ok, then, if that’s true how do folks term it when they’re engaged with what they love?”   Again, they sat thinking, “When someone loves what they’re doing, they name it.”  My daughter pipes in, “Like I don’t ever say that I’m busy riding.  I may say I’m busy mucking out stalls, but I’d never say that I’m busy riding.  I LOVE riding!” 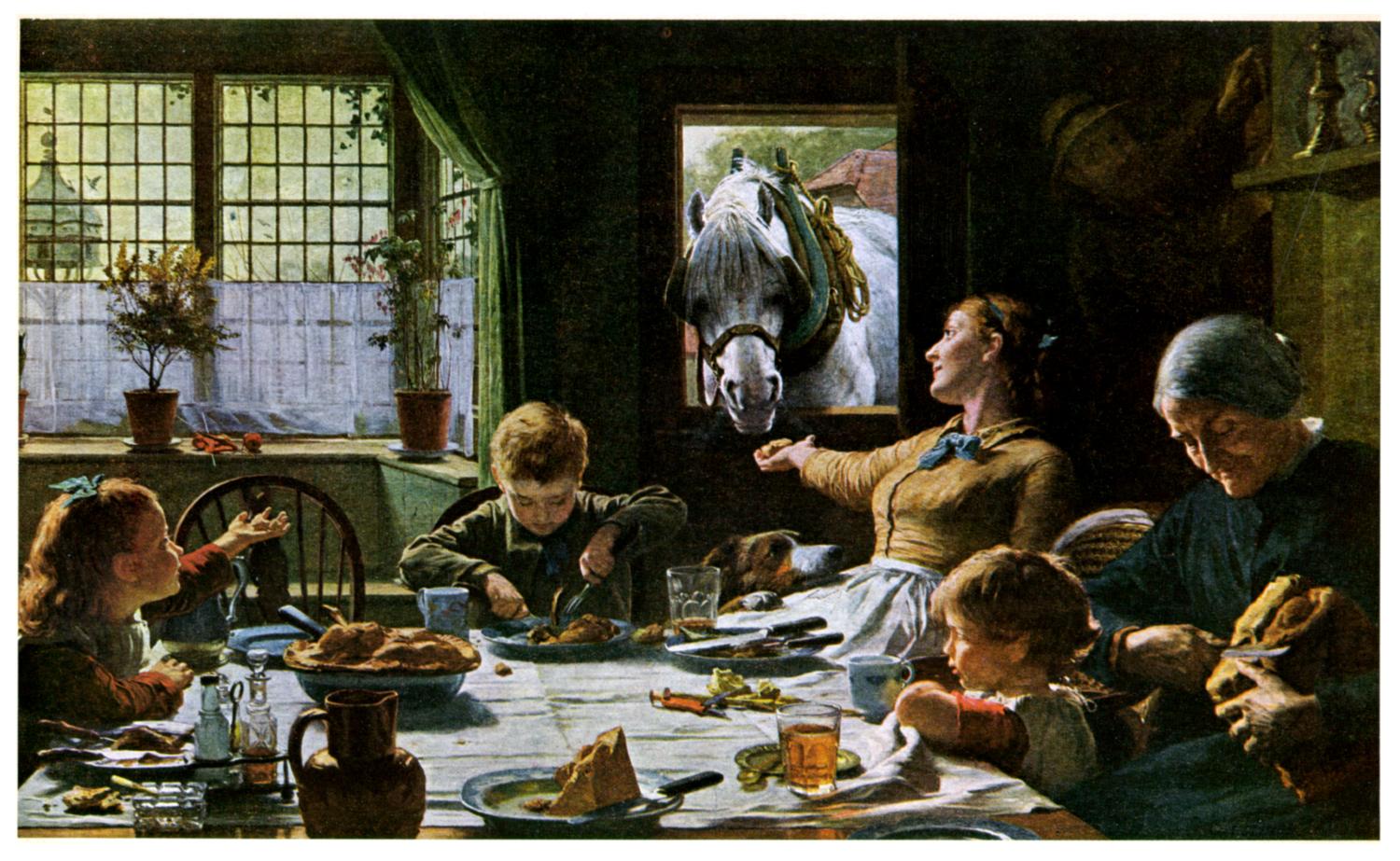 We all thought about this for a minute when my son offered, “Like you, Mom.  You never say that you’re busy writing … ever.  But you’ll often be busy with stuff you’ve got to do related to business like having to go get office supplies, stuff like that.”  I thought about this and knew he was right.  Then I asked them, “Do you ever find that people will say they are busy when they are not?”  Again, they took a moment to think about it coming up with the following, “People will say they’re too busy when you’re not their priority.”  There you have it.

About 10 years ago, when I was still living on our farm just outside Ottawa, I became so enraged with myself for being so stupidly busy with stuff that I didn’t want to do, I took my lists out to the bonfire one night and burnt them all, vowing never to write a to-do list again.  I’ve kept that promise.  Anything that I do write down is totally based on love, not obligation.  It is interesting to me that the cancer state of mind will operate more out of doing, than being, which is exactly what I was doing.

At the time my husband, and business partner, asked me how I was going to run a business or household/farm with him without any lists.  I remember saying that I didn’t know, but that I was going to trust my gut more that I’d find time to engage with activities that more spoke to my overarching goals and trust that the niggly day to day stuff would get done … somehow.  This is precisely what happened.  I became the Queen of delegation.  Now, I can hear you laughing thinking that I got rid of the stuff I hated doing by pawning it off onto others, however, this isn’t true.

While I did hire someone to clean my house weekly and my business supplies are now delivered by someone who seems to like bringing me my paperclips and file folders,  I also changed the way that I engaged with my work.  For example, if I’ve been writing, or serving clients for long stretches of time, I’m often ready to clean out a cupboard or muck out a stall at the end of the week.  I will only engage with said activities if they’re accompanied by music, for example, or I can find a fun Tom Sawyer-ish way of executing the project that may involve playing with others where I agree to help them with something they want to play with later.  But there are no lists and no feeling of slavery, ever.

It also may be useful to know that I don’t have television (going on for 20 years now) and that I live a very simplified life with few, if no social obligations.  Actually very few folks like to hang with me, other than fellow Heilkünstlers, as I only love to be engaged with what drives me.  This primarily includes really intense, full on, meaty relationships where we discuss the protracted disease states of syphilis or gonorrhea, homeopathic vs. homotonic, and the reasons why my autistic patient resolved his suffering.  I figure if I’m in session with patients all week unearthing the core elements that make them tick, why in God’s name do I want to be engaged in meaningless babble?  Seriously.  I’d much rather have meaningful explorations with my kids or my husband. 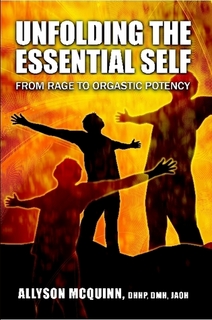 I talk about this at length in my second book, “Unfolding The Essential Self; From Rage To Orgastic Potency” where I elucidate more of Wilhelm Reich’s ideas (Medical Orgonomy, Function of the Orgasm, Cancer Biopathy) with regards to  defining a model of health that limits more our exposure to secondary drives and promoting more our love function through primary drives.  Reich states, “… every natural, social, or libidinous impulse that wants to spring into action from the biologic core has to pass through the layer of secondary perverse drives and it is thereby distorted.”* If we make skewed choices out of our armored secondary drives, it can look like the behaviours of a shopaholic, chronic t.v. show watcher, or even a wellness guru follower when most of the impetus for pleasure comes from external sources based on what some folks term ‘the law of attraction’. 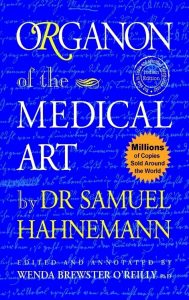 The law of resonance in pursuit of one’s primary drives has a much longer-term value for the individual’s higher self on the levels of his/her physical, emotional and spiritual fulfillment as Dr. Samuel Hahnemann (the founder of Heilkunst principles) wrote about in his Organon der Heilkunst.  Here is his definition of Health from Aphorism 9 as per the 1996 translation by O’Reilly/Decker:

“In the healthy human state, the spirit-like force (autocracy), that enlivens the material organism as dynamis, governs without restriction and keeps all parts of the organism in admirable, harmonious, vital operation as regards both feelings and functions, so that our indwelling rational spirit can avail itself of this living healthy instrument for the higher purposes of our existence.”*

This means that we follow our “indwelling rational spirit” and that we’re rarely governed by outside forces exacting its obligations like a cancerous tax on our our healthy sense of our autocratic self.   The truth is that those folks who extricate themselves from external dictates like family, friends, state, education, medical and government forces will very rarely show up in our offices.  They will rarely exhibit symptoms.

Rudolf Steiner defines this innate healthy aspect of ourselves as the healthy ego, while our Mentor Steven Decker terms it even more aptly as the ontic (see:  http://en.wikipedia.org/wiki/Ontic) organization.  This, in essence, is the aspect of ourselves that is wholly conscious of its own self in epistemological terms.  Without getting into a whole Socratic or Platonic entanglement, it is simply the knowledge that I can know myself!  This God-given ontic body, if you will, is also described as our warmth organism because it exudes a compassion, love and enthusiasm for its own beingness … never doingness.  It discerns between the following, making free choices based on its higher love function or consciously setting goals in which it feels fit to create out of its own generative capacity strictly from its autonomous, sovereign self.  It has a juicy discernment function, peeling away secondary drives refusing engagement, based on a deep inner knowing, a deep abiding trust and a faith in one’s own divine essence.

If you just take a cursory glance at the following terms, for example, which ones leave you cold and which ones contain life and heat for you?

This warmth organism, the ontic aspect of ourselves will typically incarnate only after the curing/healing of the physical (mineral body), etheric (plant body – creative/knowledge aspect), and astral (airy body – desire function).  That means that the other bodies are like a welcoming committee, operating mostly in concert, that the ontic can wholly trust in both the will (Christ-consciousness) and wisdom (Sophia-consciousness) of the other bodies before it can assume a full download. 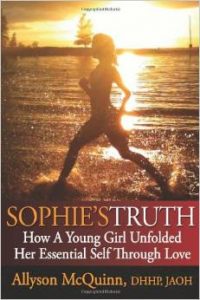 All disease can explained on the basis of the unresolved traumatisms/shocks on one’s timeline in addition to the genetic miasms coming down one’s family line.  These form the basis of a skewed unfolding of your whole natural essential self.  Any one of the four bodies which develop at each of the following phases of life will produce a preponderance for neurotic/psychotic behaviors or the engagement in secondary vs. primary drives.

This is why we address your traumas in the reverse order in which you’ve assumed them.  Scientifically, we’re following the order of time to eradicate the schisms in your natural unfoldment so that you can reclaim the lost parts of yourself en route to Heilen (wholing/cure).  When the genetic miasms are removed, you pretty much are your essential, creative, autonomous, beauteous, healthy self, fulfilling your special purpose with enthusiasm, stopping the glorification of busy.  There is no more business of just being busy for the sake of stroking stuff off a list and this is just a misplaced climax (or sneeze).  While you get a little thrill, it is short-lived until the person is onto the next thing based on cursory attraction. 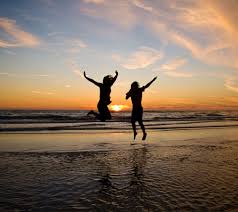 It is always better to strive for the orgasm (or grand mal seizure of pleasure) that involves the whole organism out of your primary drive, your nous (intuitive body mind … see:  http://en.wikipedia.org/wiki/Nous), and your love function.  You’re ordained to know this aspect of yourself, and there is no reason to ever settle for less.  So if you’re not meant to be a photographer grinding the mill of busy, or a housewife, or a Southern Belle in Vegas, it is important that you burn the lists and source the internal fount eternal.  In the end, it’s the only carry-on bag that you get to take with you. My healthy kids know this innately. My job is to help them to preserve this self-knowledge.