Do you smoke weed? Inevitably, someone who advocates the smoking of pot will make the broad, sweeping statement that since it is natural, it must be good for you. Borax is natural too; would you take a swig of it?! So is the plant stramonium; ingest it and you will hallucinate intensively before your impending death!

Nature, in her essence, has some of the most powerful poisons when used crudely. In fact, most drugs were all originally sourced naturally; think of all the opiates still used as painkillers after surgery, such as morphine, or the cultures derived in the making of antibiotics.

Dr. Hahnemann, the founder of Heilkunst principles, realized that we can remain prey to crude nature and her poisons, and diseases, or we can apply our conscious thinking caps. As a function of evolution, we’re ordained to refine nature and ultimately, wield her innate powers in order to cure diseases rather than propagate them.

With smoking dope, you are propagating a secondary disease. First of all, it is suppressive and actually cancels out your autonomy, sovereignty, and full incarnation of your individuality (which incidentally is also the reason folks indulge).

It keeps you in a “checked-out” state, in a group soul awareness, kind of like the way all dogs wag their tails, cats rub your legs for food, or children of the sixties all group together for illusory peace and love, instead of manifesting it themselves for real. They attempt to derive through false means, like university degrees and working for the man in jobs they actually abhor, avoiding full individuation by activating their fully ordained sense of self.

If you’d like to study the science, based on homeopathic provings, perhaps take a look below at Clarke’s Materia Medica on what happens to folks, over time, when they use cannibis. And yes, share it with your spliff-smoking teenager, partner, or even Justin Trudeau! 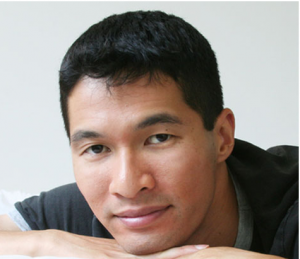 It is a challenge for me to speak about Heilkunst without it seeming like a magical act has been present in my life. So as I write this commentary I will try to discern to the reader exactly what has been transformed in my life as a result of working with Heilkunst and Homeopathy in such a way as to allow it to be both practical and approachable for the uninitiated.

The first thing I would like to distinguish for you is our ability to understand how things are working in our lives, mentally, physically or emotionally. Each of us has accumulated knowledge of how things are working in our lives and how they are not working. However challenges may persist in our lives in spite of this dearth of accumulated knowledge. For instance, I know I may be overweight and I may know what needs to be done about it but knowing this does not in fact serve me in taking the required action to actually loose weight. I think it is the plight of our modern information age that we fool ourselves into believing we have things figured out when the results in our lives provides overwhelming evidence to the contrary.

Why is this important? Well one reason is that in order for you to try Heilkunst you would first have to be open to trying something considered unconventional to modern western medicine; a practice of assessment and treatment that has been used by royalty, captains of industry and average folk like me for approximately 200 years. I found that being willing to try something new was my biggest challenge when first being treated in the Heilkunst way. Creating a personal history of maladies and looking at how they impacted and persist in my life was a process I would rather not have had to complete. At 33 I didn’t want to believe that I could possibly have a chronic condition, and yet the same health, emotional and psycho-spiritual issues were being repeated in my life like clockwork.

Thankfully I did cross the bridge of resistance and engaged in a monthly treatment regimen that has lasted about a year and a half. The process can best be described with the metaphor of peeling an onion. We worked through the inventory of health issues in a systematic way allowing me to see how different aspects of my health and well-being were interrelated. As the treatment regimen progressed, issues that used to be regular complaints began to disappear. The improvements I have experienced in the last 18 months have included such things as the end of addictions, improved mental and emotional well-being, and oh yeah, that weight is gone!

For me, Heilkunst created the possibility of knowing myself in an integrated and holistic way. It continues to work and generate health and well being in my life in spite of what I think I know about who I am and how my health should work. While flexible, the course of treatment is laid out in a very specific and professional way designed to help the patient maximize the benefits available to you. I encourage you to take the first step and try this program of treatment and discover what you don’t know, you don’t know about health and well-being.