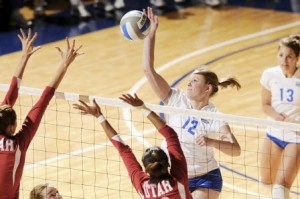 “Brayden was always a very healthy child. I think she missed two days of school kindergarten through 7th

grade. She was very active as a child being involved in many activities from dance to basketball to raising

and showing livestock. Brayden was always the girl everyone wanted to be around.

In about October of 2011, my daughter had her first seizure, although at the time we didn’t know what

it was because she didn’t have the typical Grand Mal. She was a junior in high school at that time. We

called them “episodes.” They came more and more frequently as the months passed. When it happened

her brain. She would have to go home and sleep the rest of the day each time. It got to the point where

every time my phone would ring I’d panic.

years. Her involvement with friends and school took a huge hit. And her ability to perform up to her

potential on the court was impossible. Her vision was blurry and her reaction time was delayed. She

would have headaches or weird pains always on the left side of her body. Her short term memory was

diminished. She would forget that she wrote a paper for school and rewrite it or she would see herself in

realistic about this possibility.

In the summer of 2012, a neurologist in Denver, Colorado put Brayden in the epilepsy monitoring unit at

the University of Colorado Medical Center. After a weeklong stay we were told she was having complex

seizures from an injury sustained during a car accident her sophomore year. The doctor put her on a

very low dose of Lyrica, another seizure drug. She said this one wouldn’t make her feel so foggy but she

was wrong. After one week of being on it Brayden put her foot down and said, “No more. I’d rather have

the seizures than feel like this every day.” This is the point in which I knew as her mom I needed to find

another option for her and look for more of a homeopathic route.

Some friends told me about a guy in Laramie, Wyoming that used energy and bio scanning. I took

although not as often.

daughter. During Brayden’s very first consultation with Ally we knew we were with the right person.

Brayden felt so drawn to Ally and was very comfortable talking to her. It was amazing how much she

knew about Brayden and her condition.

Brayden has not had a seizure for eight months and progressively just keeps feeling better and better!

She is a sophomore in college now and playing volleyball!! She’s the captain of her team.

Not only does Brayden feel better physically but also emotionally. I’ve seen her become more confident

and she has a better outlook on life. When my phone rings now I don’t panic but I smile when I see it’s

her. Allyson and her Heilkunst treatments have brought my daughter back to her whole self.

Please note:  Brayden suffered seizures shortly after having received a series of three Gardasil HPV shots.  Here’s two more posts we wrote on this unethical and deleterious practice and how it is stealing the health of our young girls.

HPV: Adverse Reactions and What are the Options?

Find out how to use Natural Remedies At Home For Women in our new Bestseller: 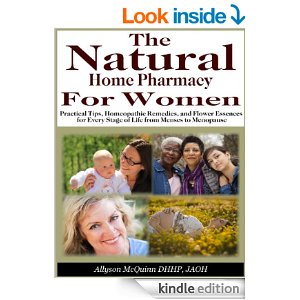