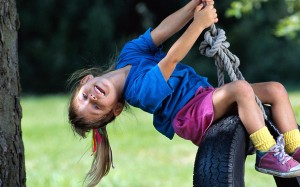 “My oldest daughter, Kathryn, was born with the same congenital heart defect that I was born with. We were both born with an ASD, atrial septal defect. Mine required surgery when I was seven years old. Kathryn’s was detected when she was less than a year old and we were told by cardiologists that due to the large size of the hole in her heart (8 mm) that there was no chance of it closing on its own and that it should be repaired before she reached the age of three. Additionally, through the first year of Kathryn’s life she dealt with severe cases of eczema, reflux and allergies, which lead to poor eating and sleeping habits.

Fortunately, we were referred to Allyson and her Arcanum Wholistic practice by some friends we made when we moved to Ottawa. We originally met with Allyson to see if she could help with the eczema, reflux and allergies, not thinking that she could possibly do anything about the hole in our daughter’s heart. To our disbelief Allyson told us that she could in fact repair the hole in her heart through proper diagnosis and remedies. The next time we met with our cardiologist, approximately six months later, he informed us that the hole had shrunk from 8 mm to 4 mm. He was genuinely surprised as he had never seen an ASD’s the size of Kathryn’s ever repair itself. He told us that we could now put off any operations on her heart until she was older. We continued to meet with Allyson and received remedies from her.

A few weeks ago we went back to the cardiologist for her bi-annual check-up. After an extensive echo-cardiogram and EKG it was determined that the ASD was entirely gone! There was no sign of it ever existing. The doctor was in disbelief and had no explanation for us other than he would like to follow up a year later to make sure that the hole was permanently gone.

What a relief it is for us to not have to have our daughter under go an extensive and dangerous invasive procedure to surgically repair this problem. Allyson correctly diagnosed and treated Kathryn in a purely natural manner and we can’t thank her enough. Kathryn has also had considerable improvement with her eczema, reflux and allergies. We will continue to meet with Allyson and follow her “path to cure.””

Learn more on how to use natural remedies at home with your children from our best-seller: 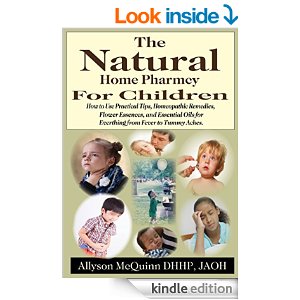