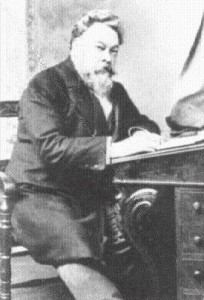 Click on the image above to read the article, “British Homeopathy During Two Centuries”, by Peter Morrell, which provided the grist for this article.

You’ll notice at Arcanum that we do things a little differently in that we prescribe homeopathic remedies for each one of your diseases. Whereas other approaches use more secondary texts of Dr. Samuel Hahnemann’s, interpreting him as saying just one remedy per person. It’s been like a game of broken telephone where the patient feels the shortfall in the true eradication of the root cause (tonic) along with their symptoms; the pathic expression of their disease. I actually wrote a book just about this concept alone and how I was extremely frustrated at the way that homeopathic medicine seemingly did not work in the face of my son’s advanced sufferings; that is until we found the more advanced Heilkunst. (For more, see my book, The Path To Cure; The Whole Art of Healing here: www.thepathtocure.com).

As you may see from the article above, homeopathic medical innovators like Dr. James Compton Burnett were applying the more dynamic principles we use and getting more stellar results with their patients as a result. Incidentally, Burnett was Marjorie Blackie’s great uncle.  Blackie was appointed Queen Elizabeth II’s Royal Physician in 1968.  At Arcanum, we’ve also had the pleasure of working with cousins of Lady Diana’s branch of the royal family.  It is an honour to exact this dynamic, principled system of medicine so steeped in history.  If you too pursue the nuggets of truth, you find a whole goldmine, historically to be traced right back to the dawn of time.

Our mentor, Steven Decker, has been at the forefront of illuminating Hahnemann’s blueprint for cure.  He’s embodied a generative curiosity going back into Hahnemann’s original works, re-translating the 6th edition of the Organon to find that Hahnemann stated that you must cure “one disease” systematically at a time. The patient will then naturally re-tune their organism to a more sustentive state of health in the absence of the old engendered diseases. If you have 10 or more concordant diseases, a true Heilkünstler is ordained to go after each and every one of them without making the patient wait unnecessarily.

Here’s a quote by Rima Handley who wrote the most beautiful book, A Homeopathic Love Story; The Story Of Samuel And Melanie Hahnemann, describing Hahnemann’s more advanced approach to Heilkunst in his later years of life in Paris where, like we also do now, he treated his patients sequentially:

“Hahnemann would then select his remedy on the basis of any important or prominent symptoms… he had to be content to move through the case, eliminating symptoms serially…as he removed each symptom, so he tuned each note until eventually the whole instrument might be restored to harmony….there is extreme example of this in Mr Robert Lyster’s case, where Hahnemann worked his way serially through all five remedies…until some improvement was eventually achieved with the last one.’ [Handley, 1997, pp.65-6]”

My hope is that you can see by this quote, and perhaps the article above, that we’re not curing your diseases in random isolation.  The footing we Heilkünstlers stand on is profoundly embossed into the code of humanity’s history; it isn’t that I grew up always wanting to cure suffering folks of their multiple chronic diseases.

In fact, I never went to medical school at the Hahnemann College for Heilkunst for the purpose of opening my own practice. I simply wanted to know why my son had been cured of his autism spectrum symptoms so systematically and how it was that I had been relieved of a lifelong bout of depression and a laundry list of chronic ailments through “timeline” therapy and the eradication of my Miasms (the genetic roots of chronic disease as per Hahnemann).

I, too, was simply curious.  However, when I realized in the clinical portion of my study that all 10 patients that we followed over 6 months were achieving the same physical, mental, and emotional freedom, I felt a calling so primal that I could not deny a desire to serve humanity in this way.  The truth is that if the decision were left up to me, I would simply research and write for my livelihood; however, a calling is a calling, a moment of revelation and transcendence where you realize that your life is not wholly your own, but the mind, heart, and hands of a higher power.  When I first read Hahnemann’s Aphorism 1, I was completely rattled to my bones:

The Highest Ideal of Cure: The physician’s highest and only calling is to make the sick healthy, to cure, as it is called.

1 Theoretical Medicine. The physician’s calling is not to concoct so-called systems from empty conceits and hypotheses concerning the inner wesen† of the life process and the origins of disease in the invisible interior of the organism (on which so many physicians mongering for fame have hitherto wasted their time and energy). The physician’s calling is not to make countless attempts at explanation regarding disease appearances and their proximate cause (which must ever remain concealed) holding forth in unintelligible words or abstract and pompous expressions in order to appear very learned and astonish the ignorant, while a sick world sighs in vain for help. Of such learned fanaticism (to which the name theoretical medicinal art is given, and for which special professorships are instituted) we have had quite enough. It is high time for all those who call themselves physicians, once and for all, to stop deceiving suffering humanity with idle talk, and to begin now to act, that is to really help and to cure.

† There is no word in English that adequately translates Wesen (pronounced va´zen [Quark: put a straight line over the a and replace e with an upside down e]). A wesen is the essence of something, its quintessence. It is also an entity with a real presence, even though that presence is immaterial. See wesen in the Glossary.

It is fair to say that Hahnemann’s precise words, “… a sick world sighs in vain for help,” and  how we have to stop lolling gagging about and, “to begin now to act, that is to really help and to cure,” that I felt Hahnemann’s voice tugging at my own ears.  As I continued through his primary texts, often losing myself for hours in his words steeped in strong, righteous feeling, founded on the undeniable basis of such profound observational truths that, as a modern woman, I was rewarded with the words of the  sweetest and most romantic of scientists.  Perhaps the following two aphorisms describing ascending potencies for curing disease, translated by Decker, will move you the same way:

§ 278  Here the question arises, what is this most suitable degree of minuteness for sure and gentle remedial effect; how small, in other words, must be the dose of each individual medicine, homoeopathically selected for a case of disease, to effect the best cure? To solve this problem, and to determine for every particular medicine, what dose of it will suffice for homoeopathic therapeutic purposes and yet be so minute that the gentlest and most rapid cure may be thereby obtained – to solve this problem is, as may easily be conceived, not the work off theoretical speculation; not by fine-spun reasoning, not by specious sophistry can we expect to obtain the solution of this problem. It is just as impossible as to tabulate in advance all imaginable cases. Pure experiment, careful observation of the sensitiveness of each patient, and accurate experience can alone determine this; and it were absurd to adduce the large doses of unsuitable (allopathic) medicines of the old system, which do not touch the diseased side of the organism homoeopathically, but only attack the parts unaffected by the disease, in opposition to what pure experience pronounces respecting the smallness of the doses required for homoeopathic cures.

§ 280  The dose of the medicine that continues serviceable without producing new troublesome symptoms is to be continued while gradually ascending, so long as the patient with general improvement, begins to feel in a mild degree the return of one or several old original complaints. This indicates an approaching cure through a gradual ascending of the moderate doses modified each time by succussion (§ 247). It indicates that the vital principal no longer needs to be affected by the similar medicinal disease in order to lose the sensation of the natural disease (§ 148). It indicates that the life principle now free from the natural disease begins to suffer only something of the medicinal disease hitherto known as homoeopathic aggravation.

Did the earth move for you too? Can you imagine now what it feels like after a whole week of patients to still have their echoing words ringing in my ears about not only their symptoms are diminishing, but they’ve suddenly been able to lift the laundry basket up the stairs again, or they’ve just  conceived after years of chemical IVF therapy, or their painful facial neuropathy is gone, or that their child has spoken for the first time and their autism symptoms are diminishing.  It is a blessed thing to be anchored and rooted in principles, exacting a science, consistently addressing the root cause of disease and making “the sick healthy, to cure as it is called.”  I feel so very blessed to be able to take those reins of history and witness the exact same meticulous results for my patients in the 21st century.  Perhaps you too will feel inspired to do the same.

See all of our Testimonials here: 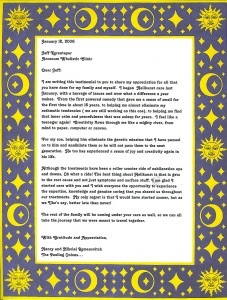