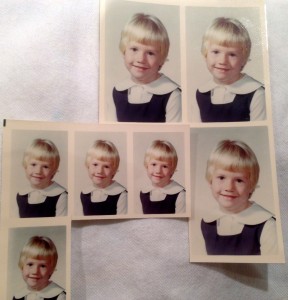 In grade 5, while walking home from school, I thought about my thinking process and wondered why I thought thoughts differently and why I didn’t fit the mold of expectation like the other kids did. I was sure that I was in some way retarded mentally.  They should probably put me in a special home somewhere for misfits like me.

I now know that my mother’s suicide two years prior was a huge reason why I could not absorb information the same way others did. My emotional cup was full to overflowing. I really could not easily make room for anything new. The only thing I liked was story time (Willy Wonka And The Chocolate Factory!), writing stories (Anne’s Summer Vacation) and researching alone in a cubicle in the library.

There, independently, I’d research and write about what I was interested in for hours on end!  That year, I wrote a piece on every bird I could find out about in nature; their habitat, their unique calls, and their migration patterns.  I truly lost all track of time and reluctantly put the books back on the shelf because the bell had rung indicating the next period. 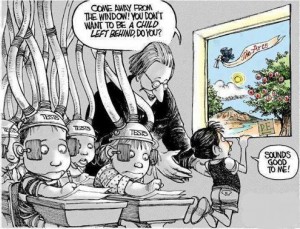 In grade 11, I hated school so much, I failed 4 courses; I suffered every summer stuck in summer school for math. I did not take tests well.  I froze. I abhorred learning what the teacher wanted me to learn. If I’d believed that I was a failure as the school system, and its testing mechanisms, seemed to be illuminating by my pitiful grade point average, I would have just checked out of educating myself altogether.

If I’d believed the system, I would have never gone on to study a four year medical degree in Heilkunst medicine, continued to another four years of a post graduate study, written thirteen books, contributed to countless magazines, helped patients by curing their diseases, lectured to hundreds of folks around the world, learned to draw, paint, write poetry and photograph. Back then, though, I prayed for someone, anyone, to intervene on my behalf.

Now I make a lot of suggestions to parents that looks much like the role played by the psychologist in the article below. It is critical to truly participate each child to discern who they’re meant to be and how to unpack that aspect secreted away in them from the inside out; not manipulate or suppress their behaviour to become what false authorities expect from the outside in. We need more dancers, more innovators, more artists, more robot builders, more bird researchers, more Heilkünstlers, or whatever it is that drives a child’s desire to know themselves.  In there lies the key to how they will eventually serve the world.

It took me decades to get back to what I knew that I loved way back in grade 5.  I thought differently, for sure, in ways that I wholly celebrate today as it enables me to diagnose the root cause of my patient’s suffering.  Even though at the time, I was full of grief and alarming loss, I knew what I loved.

Through much strife, an agonizing career in government, a broken self-esteem, and many months of Heilkunst medicine, it took me about 25 years to make my way back to that girl in the library and the essence of myself.  I had to rescue the “Philo” (love of) “Sophia” (knowledge) within me.  However, back then, the problem was no one ever bothered to ask me. Ever!  I did not make the same mistake with my own children.

This article was inspired by this excellent article imbedded in the image: 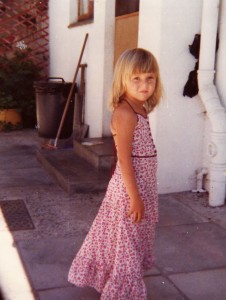