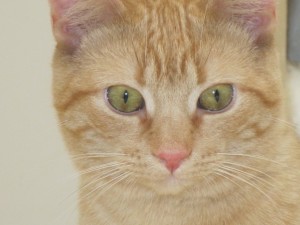 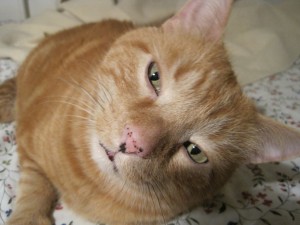 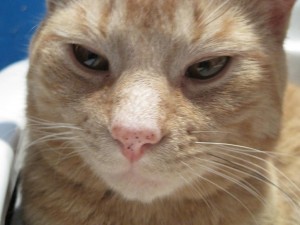 When I brought my new cat, Sugar, home I noticed that he seemed to have some type of sinus infection along with runny eyes.  He had initially been examined by a vet at the shelter and was given a clean bill of health.

In a follow-up examination with my own vet nothing was mentioned so I just put it down to stress from being in a new environment.  I soon started to notice though that my two other cats, Tiger and Skippy, began to have runny eyes as well.  It wasn’t until Tiger, my oldest, began sneezing violently, expelling lots of mucus and losing weight that I knew something was wrong.

I did some internet research on feline upper respiratory tract infections and found the most likely cause, Feline Herpes Virus-1, which often tends to go undiagnosed and can be fatal.  All of the symptoms fit and it is especially known to affect kittens and older cats.

I gave all three cats FHV-1 (homeopathically) in ascending potencies over 4 days (with Allium cepa added for Tiger).  Within just a few days: the sparkle was back in Tiger’s eyes; he was sneezing less and expelling less mucus; and he began to gain weight.  Sugar and Skippy’s eyes have cleared up and they are as healthy as ever.

Our new bestseller can be found on Amazon here: 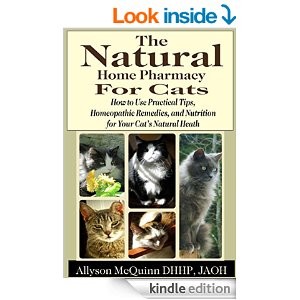