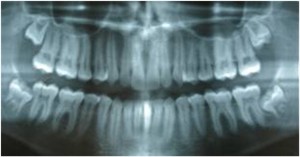 I often say to patients, “God doesn’t just download us with spare parts.”  Folks who just have their spleen, gallbladder or wisdom teeth removed aren’t always hooked into the deeper functioning of these organs on our behalf.  If they knew, they’d actively take more of a stand to protect their God-given body, and all it’s parts and address the root of their problems instead.

For example, a person can remove their gallbladder, however, they’ve not addressed why they’re suffering issues in the organ that is simply storing anger and resentment.  The underlying cause has not been dealt with outright and will  simply manifest in another way.   Also, physiologically speaking, the gallbladder can quite easily  flushed, without surgery using Dr. Hulda Clark’s protocols restoring your digestion and overall health.

The spleen, as per Rudolf Steiner, is a mediating organ between our biological humanness and our spiritual consciousness.  In order to eat food harvested from the earth and have that foodstuff convert into thought, you need a spleen on board to transmute these physical processes into thinking. The spleen is also an organ that promotes our individuality. This is why many mechanistic thinking Allopathic Physicians will say that the purpose of the spleen has not be determined.  Just because they don’t know the reason for why we have a spleen does not make it conscionable to remove it without first addressing the root cause without causing harm.  This is where Heilkunst principles come in.

The same goes for our wisdom teeth.  Curiously they’re named thusly due to the fact that they emerge in our wisdom years,  later in life around our late teens or early 20’s; long after the tooth fairy has retired her crown, wand and purse.  According to Chinese Medicine, all teeth have a function, including our wisdom teeth, and if you just extract them without the knowledge of their deeper function you could cause major issues in the body’s circulation, more specifically the heart, middle ear, shoulder, pituitary functioning, nervous system, tongue and tonsils (another organ often declared surplus but is the first gate for our proper immune functioning). 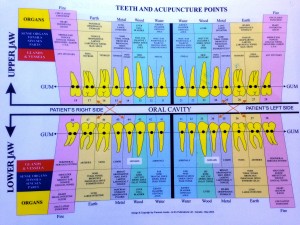 The belief is that wisdom teeth are superfluous, that they should be extracted at a younger age before they cause issues later on.  The thing is that they don’t generally cause issues later on in healthy individuals even if they are so called “impacted” or lying on an angle like one of my own patients as illustrated in this x-ray here: 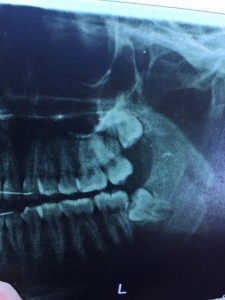 Mental note: Those gamma x-rays will need to be addressed for that patient at their next appointment.

When we think more wholistic-ally, we realize that practices like filling teeth with composite before the person gets fillings, or extracting wisdom teeth when they’re clearly not bothering the patient is unethical.  This is not preventative medicine at it’s best, as it is clear that harm is being caused by breaking the flow in the acupuncture meridians in the body.

Dr. Brand, a holistic dentist in New York who still has her own wisdom teeth, cites,”Wisdom teeth, specifically, are connected to the heart and intestine meridians. Is it no wonder that chronic illness in both of these organs are on the rise? Of course there may be other contributing factors to these chronic health issues, such as diet, but wisdom teeth extractions, as well as the residual cavitations at the extraction site, may also be contributing to these systemic health conditions.  It is also not uncommon to have some ear issues (hearing problems, vertigo) or even nerve damage (paraesthesia) after wisdom tooth extraction.”

This is why we’re fairly adamant that if you’re not suffering pain, there is no reason to just randomly remove your wisdom teeth.  If you’re unsure, just get a second opinion from a biological dentist who is highly recommended and only acts out of ethical necessity.

If you feel it absolutely necessary to have those Wisdom teeth removed, then be sure to clear the multi-layered trauma with homeopathic nosodes for the physical, including the nerve damage, anaesthetic, and mental trauma.   It would also be best to also clear the timeline traumas and Genetic Miams to prevent the issues cited above from becoming issues in future.

14 thoughts on “The Wisdom In Your Wisdom Teeth!”