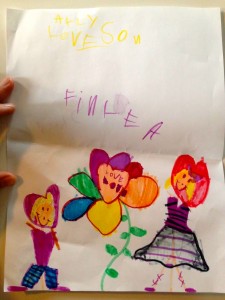 “Yes it is you and her together! She remembered that your favorite color was purple from when she was with me to get fabric for your slippers! We had been talking about blood family and love family … because she’s been so interested in who is who’s aunt, cousin, etc.  You quickly became her ‘love grandma’! … but that’s who she drew was ‘me and my love grandma’ lol. she is SO into spelling and writing words also … brilliant I tell ya! love you much!” ~ Finlea’s Mom (Kassie)

As a result of working very intimately with patients, I become phenomenally close to them.  Occasionally, I’m even adopted into the inner sanctum of their family as a surrogate parent or grandparent (a 1st!).  As someone who lost both of her parents tragically as a child and and also being one of the youngest grand-daughters on both sides of my families, I was truly orphaned by the time I was 17.

I have just one “Love Grandma” left who is now 88 who I endearingly call “Nannie Cakes” (Every birthday = Chocolate cake with boiled icing!)  An Aunt, by birth, Nannie Cakes recently told me (two weeks ago) that she loves, admires and adores me to the ends of the earth and that I’ll always be one of her favourites.  Perhaps I need to draw her a picture too! We have families by birth and families by choice and in my case, it was clear why this was. 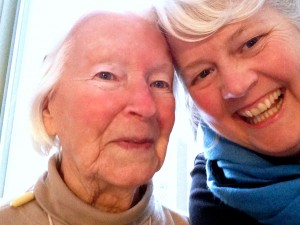 Good karma is an interesting thing as it can have the power of putting some pretty delicious closure on old soul/spiritual wounds.  I realize the more deliciously savvy I get at healing and curing my own issues, the more I’m privy to deep displays of love and gratitude in the company of others.  This makes my formerly broken heart sing!  When I set out as a new Heilkünstler over 12 years ago, I had no idea where curing chronic disease for my patients would take me.

It is indescribable to watch someone’s life take on a whole new trajectory in health and well-being not otherwise realized.  What true grace for me.  A pleromic affair of the heart! To actually be bestowed such a gift as a result of this relationship with my wee patient, Finlea (read her story here), is a dose of love and recognition for 20 years of study of Heilkunst principles that brings such full closure to my own former angst that it was beyond my former imaginal capacity. 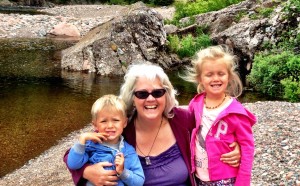 Finlea and Graham travelled 3.5 days in their van, White Pearl, to come hang out with me in Canada this past summer with their Mom.

My own son Jordan was severely affected by the Hep. B vaccine causing him to be jaundiced and to scream in pain for the first 6 months of his life, around the clock, and then an MMR vaccine that stole his speech and eye contact at 15 months, causing gut issues so severe he was hospitalized 7 times; once to have the impacted stool manually removed from his colon given that all peristalsis action had been destroyed by severe chronic constipation. If the underlying cause was not cured for Jordan, I hate to think what might have happened to my beloved son. 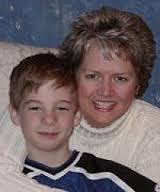 When he contracted pneumonia his first two winters of his life, in such a compromised state with his completely shot immunity due to his immaturity and several rounds of antibiotics (literally against life), I thought several times that we might lose him.  I’ve never been so terror-stricken in my life.  I made a pact with God during one particularly dark night, that if he was ever cured, I would write a book about it.

That was over 14 years ago that I penned The Path To Cure  and at 21 Jordan is more than hale and healthy.  He loves our Nannie Cakes too! When I look at this picture of Finlea, engaged in her artwork that might not have otherwise come to be, my heart and mind does a little zing of gratitude for enabling me to find the principles of Homeopathy and Heilkunst Medicine over 20 years ago now.

I’d suffered horrible PTSD as a result of trying to figure this all out and I’m so blessed to be able to throw a rope to other Moms of babes also recovering from Autism due to Heilkunst.  This closes yet another yummy karmic loop for me.  It is all about the art and science of our own salvation, in more technical medical terms, but it is also about being someone’s blessed “Love Grandma” with a beautiful little artist that I serve in Nebraska over Skype. 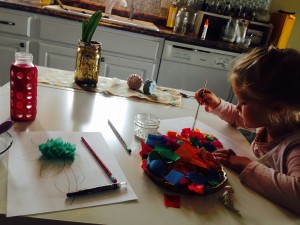 Finlea, the artist, doing what she loves best

Postscript! We’re so excited to be able to cure autism in children like Finlea, and others, that we’re  in the throes of re-releasing “The Path To Cure” for FREE as an audiobook this Spring during Autism Awareness Month (#autismawarenessmonth).  You can sign up by following the link above.  Again, the gratitude just keeps emanating full circle!

Alexandre (6 years) Making His Way Out Of The Autism Spectrum

How Can Homeopathy and Heilkunst Help My Child? (Autism Success Story)

One Mom’s Journey To Cure Her Son’s Autism 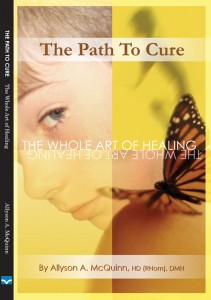