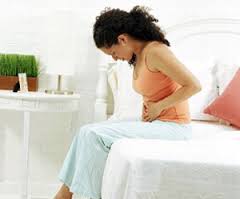 If you’re reading this, you have our upmost sympathy.  I know from treating folks with IBS, Crohn’s, and Colitis over the last 12 years that when you first come to us that you may be deeply despairing and given up much hope.  Yes, we know about the drugs and the limited prognosis on the allopathic side of the fence.  We also knot the limitations of most alternative therapies too.  Believe me, we’ve lived this too with our own issues. We get it.

Now, I know you want to know what we’re going to do about it.  Well, the answer is multiple and dynamic.  The first thing that we want to know is what is your timeline peppered with in the way of events?  What are the nature of your physical and emotional traumas?  Also, what is your present state of mind?

Did you know that fear of losing control can be a big emotional aspect of this disease matrix?  Of course you do.  Did you know that unexpressed rage, frustration and anger is also a very large component too?  Yes, you secretly have known that too.  Now, you want to know what we’re going to help you do about it, don’t you?  Give me a second, we’re getting there.

Ok, now that we’ve got some of the “state of mind” sussed out, we’re going to recommend basic things like slowly integrating high doses of a broad spectrum probiotics and fermented foods to replenish your microbiome as well as EFA’s (Essential Fatty Acids) to help restore the gut and start working on assimilation. Lots of folks with Crohn’s have missed a gut full of healthy bacteria even since birth when they should have grabbed a big gulp of probiotics from their Mom when passing down through the birth canal.  This deficit is a big part of the Crohn’s symptoms picture.  The other aspects is to ensure that you’re getting enough pure spring water, sleep and pristine nutrition, based on your blood type typology, will also be key. 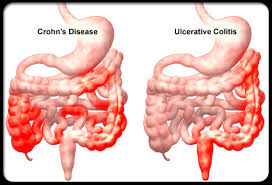 Then, we’re going to provide you a dynamic set of homeopathic remedies specifically for emotional support and drainage and organ support.  One of the key rx, Arsenicum, for IBS, Crohn’s and Colitis will have a description like this excerpt from Dr. Henry Clarke’s Materia Medica.  These are some of the symptoms that we will apply the law of cure for:

13. Stool and Anus.?Tenesmus, with burning in the anus.?Involuntary and unperceived evacuations.?Violent diarrhœa, with frequent evacuations, nausea, vomiting, thirst, great weakness, colic, and tenesmus.?Nocturnal diarrhœa, and renewal of the diarrhœa, after having drunk or eaten.?Burning stools, with violent pains in the bowels, with tenesmus, thirst, worse after eating.?Burning and corrosive evacuations; fæces with mucus, or bilious, sanguineous, serous, painless, involuntary, &c., of greenish, yellowish, whitish colour, or brownish and blackish; fetid and putrid evacuations; evacuations of undigested substances.?Emission of mucus by the anus, with tenesmus.?Prolapsus of the rectum: with much pain.?Itching, pain as from excoriation, and burning in the rectum and in the anus, as well as in the hæmorrhoidal tumours, chiefly at night.?Shootings in the hæmorrhoidal tumours.

The state accompanying state of Mind in Arsenicum, will have a picture like this:

1. Mind.?Melancholy, sometimes of a religious character, sadness, care, chagrin, cries and complaints.?Anguish, driving one out of bed at night, and from one place to another in the daytime.?Restlessness.?Great fear of being left alone.?Anger, with anxiety, restlessness and sensation of coldness.?Anxiety, restlessness, and excessive anguish which allows no rest, principally in the evening in bed, or in the morning on waking, and often with trembling, cold sweat, oppression of the chest, difficulty of breathing, and fainting fits.?Anxiety of conscience, as if a crime had been committed.?Inconsolable anguish, with complaints and lamentation.?Hypochondriacal humour, with restlessness and anxiety.?Fear of solitude, of spectres, and of robbers, with desire to hide oneself.?Indecision and changeable humour, which demands this at one time, that at another, and rejects everything after having obtained it.?Despair; he finds no rest, esp. at night, with anguish.?Despondency, despair, weariness of life, inclination to suicide, or excessive fear of death, which is sometimes believed to be very near.?Too great sensibility and scrupulousness of conscience, with gloomy ideas, as if one had offended all the world.?Ill-humour, impatience, vexation, inclination to be angry, repugnance to conversation, inclination to criticise, and great susceptibility.?Caustic and jesting spirit.?Extreme sensibility of all the organs; all noise, conversation, and clear lights are insupportable.?Great apathy and indifference.?Great weakness of memory.?Stupidity and dulness.?Delirium.?Delirium, with great flow of ideas.?Loss of consciousness, and of sensation; dotage; maniacal actions and frenzy.?Madness; loss of mind (from the abuse of alcoholic drinks).

Now you can start to piece together what happens when we apply the law of nature, like cures like to resolve the underlying cause.  This is only one of many remedies that will typically be used in your case en route to the Genetic Miasms, the root cause for chronic disease, including yours. We will also work on the psyche and the spiritual aspects of why you incurred the disease in the first place, so that you never re-infect yourself with that old state of mind and reinfect yourself. 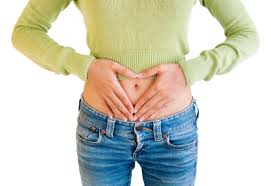 Perhaps one day soon, you’ll be writing us a testimonial like this one:

“I’ve recently been prompted to return to the Crohn’s/colitic/IBS community by a friend since I’m one of those people that managed to break the vicious cycle of these conditions.

In 1999, I was diagnosed with Crohn’s. My case was severe but not atypical: much inflammation and cramping, fistula, abscess. Instead of acute food sensitivities, my reactions were usually expressed by a bowel obstruction every few weeks. 5 months later I had lost 40 lbs (from 110 lb on a 5’5″ frame). I was non-responsive to all of the meds and diets, the bowel resection confirmed necrosis of the tissues.

I had started seeing a sequential homeopath (Heilkunst practitioner) shortly after the surgery and relapsed 4 months later. I gave up on the meds at that point and chose a 100% holistic treatment. I figured that I had nothing to lose if steroids and surgery were going to get me only 4 months of peace!

7 years later I can say that it took about a year to feel like my life was normal again and another 2 years before I was symptom-free. It was a process, not a panacea. Potent and complete probiotics are key, Essential Fatty Acids and nutritional supplementation to maintain a minimum level of nutrition while assimilation is poor. Good day-to-day nutrition, as possible. Environmental doctors provide IV supplementation, it was certainly a life saver for me.

Believe it or not, I’m hugely grateful for the experience now. I learned so much about myself and the how and why of what made me sick. Now working as a sequential homeopath myself, I’m not advocating abandoning whatever treatment you are following, just trying to say that there is hope and lots of help out there.”