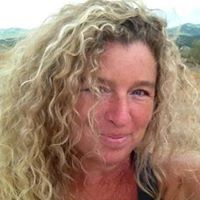 My email to our senators today:
I am absolutely sick. I have 3 fully unvaccinated kids, ages 10, 13 and 15 who have never once – NOT ONCE given anyone a supposedly “vaccine preventable” disease. Imagine that! How can that be since you all apparently think my kids are germy, disease carrying rodents?!? Well guess what? They’ve been all over this country and never had a “preventable” disease because they are naturally healthy! 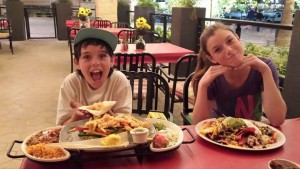 My daughter enters high school this year with a grade status of nearly 4.0, possibly being appointed to the varsity cheer squad, a leadership member, and an amazing initiative to be involved in ASB. Now I get to tell her that once this goes into effect, she will have to give all of that up to be home-schooled because of legislation that will prevent her attendance in the high school. My son, who has 2 more years to finish high school, will be denied rights to services even though he has multiple disabilities – a direct violation of our state’s constitution. I cannot express how incredibly ANGRY I am that the government of our state for allowing our basic human rights to be taken away from us. I cannot even begin to understand how anyone with any capacity to think, believes that this mandate will somehow “protect” anyone from illness.

This is by far, THE MOST idiotic, moronic, lack of judgement I have ever seen in my entire life. How can anyone think that this will just make those of us who philosophically and religiously oppose vaccination herd our children in to “get current” on their shots???? Over my dead body!! We aren’t sheep! Not only that, how do you suppose to keep the kids they go to school with away from them at restaurants, malls, libraries, medical facilities, programs like “The Boys and Girls’ Club,” theme parks, grocery stores. You can’t. That’s why this bill is purely being pushed to set precedence of being even more of a police state as the pharmaceutical companies continue to line the pockets of sleazy politicians who want to control, not govern. How you expect doctors to turn their backs on the AMA’s own Code of Ethics proves how you are only trying to bully and prove that you think you have all the power.

I gave birth to my children. I chose to give them life. Perhaps I should have chosen abortion instead so you thieving, greedy, power hungry assholes wouldn’t have the opportunity to strip me of MY RIGHTS as a parent to chose a path of health and wellness that is best for them, not your god-damned pockets!

I will do everything in my power to remove all persons from office who had a hand in passing this bill. I will not stop until every last one of you is out of political power for good. You have declared war on people who think and you need to GO!

With full intent to succeed and never be overpowered by government,