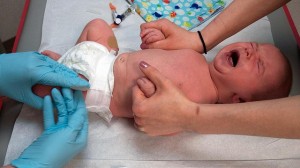 Permission to reproduce this article by New Eastern Outlook.”

In my daily res earch I came across a report so alarming I put aside planned writing in order to bring this to the attention of those who care about life. It has to do with one of the main treatments for cancer used in modern medicine—chemotherapy. New research has documented that chemotherapy, far from ridding anyone of cancer actually feeds the growth and spread of cancer.

Sometimes it almost seems like the drugs industry works overtime to find new ways to hurt, cripple or even kill us. Scientist Peter Nelson of the Fred Hutchinson Cancer Research Center in Seattle in a write-up of a study of why cancer cells were so easy to kill in the lab but not inside our bodies, found that healthy cells damaged by chemotherapy secreted more of a protein called WNT16B which boosts cancer cell survival. “The increase in WNT16B was completely unexpected,” Nelson told AFP.

He added that,“WNT16B, when secreted, would interact with nearby tumor cells and cause them to grow, invade, and importantly, resist subsequent therapy.” That would explain why in cancer treatment, tumors often respond well initially, followed by rapid regrowth and then resistance to further chemotherapy.

The study was conducted by a team of scientists from different cancer research centers, universities as well as from the Lawrence Berkeley National Laboratories. It was published online in August 2012 in the journal Nature Medicine. Among their alarming conclusions was that, “The expression of WNT16B in the prostate tumor microenvironment attenuated the effects of cytotoxic chemotherapy in vivo, promoting tumor cell survival and disease progression.”

While their study results were alarming enough, more alarming is the complete absence of aggressive action to reexamine the entire field of cancer treatment. Chemo’s origins go back to World War I research into the human effects of exposure to mustard gas. Scientists discovered that the gas was a potent suppressor of blood cell production. During World War II researchers at Yale University School of Medicine in further study of nitrogen mustards, reasoned that an agent that damaged the rapidly growing white blood cells might have a similar effect on cancer. Left out was how to target only cancer cells and not healthy cells. In December 1942, the scientists gave several patients with advanced lymphomas (cancers of the lymphatic system and lymph nodes), a chemotherapeutic drug intravenously. Their improvement was called remarkable. The media concentrated on the remarkable improvement and did not bother to note that soon after treatment all were dead.

The chemotherapy revolution in cancer treatment was off and running. In the 1950’s the first chemo drug used commercially was mustine or Chlormethine. Mustine under the code-name HN2 is a chemical warfare agent. Adverse effect include: “Hypersensitivity reactions, including anaphylaxis…Nausea, vomiting and depression of formed elements in the circulating blood…Jaundice, alopecia, vertigo, tinnitus and diminished hearing.”

There during the 1930’s as part of the Rockefeller family’s obsession with eugenics, Rhoads spent six months in Puerto Rico, a stateless island often used covertly for human experimentation with new drugs.

In Puerto Rico in 1931Rhoads wrote a letter to a friend in Boston where he stated, “Porto (sic) Ricans are beyond doubt the dirtiest, laziest, most degenerate and thievish race of men ever inhabiting this sphere. What the island needs is not public health work but a tidal wave or something to totally exterminate the population. I have done my best to further the process of extermination by killing off eight and transplanting cancer into several more.”

Rockefeller family spin doctor, Ivy Lee, launched a major damage control campaign over the scandal and managed to get Rhoads on the cover of Time as a “life-saving” hero.

The subsequent use of toxic chemotherapies on perhaps millions of cancer patients since then have hardly been encouraging. Published side effects of today’s chemo drugs, the largest share of which are made by Roche, are horrendous. They include “depression of the immune system, often by paralysing the bone marrow and leading to a decrease of white blood cells, red blood cells, and platelets. Anemia and thrombocytopenia… sepsis, or as localized outbreaks, such as Herpes simplex, shingles, or other members of the Herpesviridea.”

It gets worse. Because of the chemo resulting in immune system suppression, patients often get typhlitis, a life-threatening gastrointestinal complication of chemotherapy. Typhlitis is an intestinal infection which may manifest itself through symptoms including nausea, vomiting, diarrhea, a distended abdomen, fever, chills, or abdominal pain and tenderness. Typhlitis is a medical emergency. It has a very poor prognosis and is often fatal.  It can cause infertility failure in men and ovarian failure in women. All that in addition to the well-known hair-loss, dry skin, damaged fingernails, a dry mouth (xerostomia), water retention, and sexual impotence.

Chemo is massively toxic and kill any rapidly dividing cell, tumor or normal. The three best-selling cancer drugs worldwide in 2013 were all made by Roche—Rituxan, Herceptin and Avastin. For all three top chemo drugs sales totaled more than $21 billion.

And the Fred Hutchinson Cancer Research Center now documents how chemotherapy drugs act as carcinogens—they cause cancer which is why, depending on the patient’s immune strength and dosage, within five years a staggering number die after the chemo that was to have saved them.

I was in Beijing several years ago on a speaking tour and had severe back pain after the long flight. My Chinese publisher organized a treatment from a doctor trained in Traditional Chinese Medicine (TCM). She was also the grand-daughter of the chief TCM doctor of the Last Emperor who she said was still alive and chipper at 93 and passing his wisdom on to her and her brother. She told me at the Beijing medical university where she studied, the students were told, “One third of patients die of the psychological shock of being told by a doctor that they have cancer. Another third die from the negative effects of chemotherapy and radiation. The last third simply die.”

It would be useful for all doctors in active practice perhaps to rethink the principal ethical mandate of all physicians since the time of Hippocrates– “nil nocere” – do no harm. The evidence is overwhelming now that chemotherapy only does harm. Would the oncologists promoting chemo to their patients ever take the same were the roles reversed?

F. William Engdahl is strategic risk consultant and lecturer, he holds a degree in politics from Princeton University and is a best-selling author on oil and geopolitics, exclusively for the online magazine “New Eastern Outlook”.
First appeared: http://journal-neo.org/2015/06/03/why-didn-t-my-doctor-tell-me-chemo-kills/