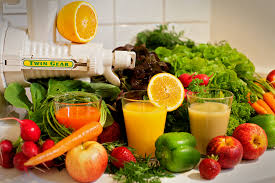 Over a decade ago, or more, after locating a hard tumour in my left breast of some significance (about an inch or more in circumference), I decided that if I had it biopsied, I’d risk the spread of the highly contained cells to the rest of my body.  For some unknown reason, I just trusted that if I had an ear that obviously had a function, why did I moralize that I needed to cut out a tumour in my breast and then fry my beloved breast with radiation and chemical therapy.  Cutting it out was beyond my comprehension.  It just felt deeply counter-intuitive to me.

I figured that the tumour had a function and that it would leave of it’s own accord if and when it was finished teaching me why it was there.  Some family and friends freaked out when they found out that I wasn’t going the allopathic route to irradiate it.  If you read my first book, “The Path To Cure; The Whole Art of Healing,” you’ll know that I called my tumour “Pansy” as I always sought an imaginary friend when I was a kid with the same name who would like to do some of the cool stuff that I was into like building tree forts and drawing for hours.

At this juncture in my careworn life (after my son was safely out of the Autism Spectrum), it seemed that Pansy had suddenly shown up with an encoded message.  When I finally just sat down on the top of a mountain after trying to flee from her in terror, I learned that she simply wanted to engage with more fulfilling activities like going to the art gallery, learning how to draw again, taking afternoon naps and having really delicious sex with her resonant other.  At the time, I’d just let go of a very stale marriage.  It was up to me whether or not I chose to listen to her message.

I started taking the homeopathic remedies for a hard, left sided breast tumour and I went out and bought a $700 juicer.  I’d heard about Dr. Gerson‘s approach to annihilating Cancer in many of his patients.  He was so successful, that his institute was asked by the American Medical Association to leave the United States.  As a result, they set up shop in Mexico and Hungary.  If you want to know more about the allopathic approach to cancer and why it’s become lethal to most cancer patients, read “Physician” by Richard Leviton or “Reclaiming Our Health” by John Robbins.  A documentary that is very good that few people know about on the reason that Cancer is not treated with success by the allopaths can be viewed here.

Years ago, I served an oncologist for cancer who refused to use his own protocols.  He cited that after he effectively demoralized the patient by telling them that they only had 6 months to live, he literally poisoned them to death with radiation and chemotherapy.  I was amazed at how candid he was.  Seven years later, he’s still living today, cancer free, as an outdoor adventure tour guide far off the grid in another country.  He chose to give up allopathic medicine as a result of reading the book “Physician” and solving his own Cancer Matrix outright.  He too, is in love with his new life.

Cancer proliferates in an acidic and anaerobic (airless) environment.  It seeks out one specific thing to sustain it; sugar.  The individual is trying to suck the sweetness from life like a butterfly with a broken proboscis (insect-like straw).  I had a patient in the cancer matrix whose allopathic physician recommended that she consume “Boost.”  If you’ve read the ingredients, you’ll see quickly why this is actually counter productive and can actually harm a patient’s delicate health:

To solve my own Cancer matrix, I applied Heilkunst Principles which included the homotonic homeopathic remedies for the issues on my timeline where I’d rescued others to the exclusion of myself in addition to the Cancer Miasm coming down my family line.  I also chose to adopt Dr. Max Gerson’s regimen to flood my system with alkaline-rich foods like raw carrot, kale, beet, apple and ginger juices.  I also upped my vitamin D, iodine, and oxygen therapy by getting lots of cardio exercise in well-treed forests where I still nordic walk for several hours each week.  I also let go of my stale marriage and found my resonant lover.  I also learned to draw, paint, meditate, photograph, and write poetry and Pansy then let me go within about 6-8 weeks.  I actually recall writing that I really missed her.  She’d taught me a lot!

Anita Moorjani, who wrote the book “Dying To Be Me,” nearly died from stage 4 cancer and then also met the essence of her animating force through a near death experience.  Thankfully, she then came back to dissolve every one of her tumours in a small number of weeks using no treatment therapy known to man or woman; her own state of mind.  I too had to learn to “surrender” to learn to be me before my pansy would let go of me.  I had to learn how to keep committing to the myself and the force that chooses to love and animate me.  The false ego, full of ugly attachments, had to go!

Unearthing the roots of my feminine marginalization in our culture led me into a decade of research on why 80% of cancer occurs in women, 80% of the time in our sex organs.  I went on a mission to suss out the route cause and in the process, I tripped over God. Not the sistine chapel God with the white hair and definitely not the God of Church-ianity, but the gnostic unutterable silence that first started it’s oscillation between the masculine and feminine force that created all of life from the most profoundest of love; the very essence of our very human nature, the God of the Pleroma.  I wanted to know the very essence of the source of the all.  My tumour led me to one of the keys to the Kingdom.

In case you’re curious,  I’m working on a new memoir in that vein entirely, now, and can’t even remotely imagine how I could have once lived the cancer paradigm; the un-lived life while trying to rescue others to the exclusion of myself. Thankfully that state of mind seems eons away, or was it?  I’ve reclaimed my health, recommitted once again, and have repaired my proboscis.  Now, others consult with me, and my husband who uses CoRe Bioresonance Feedback to solve their own cancer matrix.  Each one of them have to learn how to do get the sweetness from their lives, in a similar way, for themselves while drinking the nectar of lots of juiced carrots on many afternoons between the sheets.