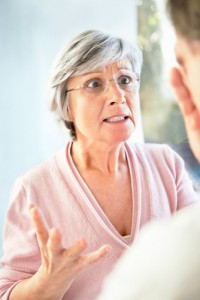 Diseases like Multiple Sclerosis, Parkinson’s, Cerebral Palsy and Fibromyalgia can be very difficult to treat!  Patients who’ve lost sensation in their bodies have a great deal of emotional armouring.  This means that they’ve pretty much kinked the hose to their own feelings, functions and sensations with regards to the content withheld in their musculature for fear of  the natural dredging process.  Subconsciously, they’ve become so savvy at keeping the composition of their emotional and physical pain at bay that they’ve literally walled themselves off to it.

I know, because when I came to Heilkunst Medicine I suffered with Fibromyalgia myself.  I was successfully armoured and I did not trust myself to open the pandora’s box of my own past and so I shut down the feeling of all pain, and also all pleasure.  All of these conditions are pathic (pathology) expressions of the tonic (root cause) disease Syphilis.  For more on this underlying phenomenon see our blog on panic disorders.

They’ve lost, not only their human connection with others which causes them to live from not only a place of detachment, but criticism, hate, blame and a distrust so primordial, that they see no shifts in their condition; no matter how subtle or even how great.  It is the ultimate in a lack of consciousness; especially self-consciousness.  They can’t easily feel sensations, physical or emotional.

I’ll give you a perfect example.  Years ago, I’d treated an MS patient who was bed-ridden.  When she came to work with me by phone, she only had the use of her right hand.  The problem was that not only had she lost her viability and motility, but she had always used both of her hands to engage with her craft.  Like me, she loved writing and editing (details have been changed to protect her identity) Also, like me, her childhood was an exhibition of Syphilis-related occurrences with little or no acknowledgement of her essential self or her unique gifts.  Her parents literally cancelled her out and inserted their desire program for her over her proper individuation.  This is a common theme in Fibro., CP., MS and Parkinson’s too.

Many of these patients were entirely disregarded as individuals, their own true desire program negated.  As a result, they forgot how to truly feel sensation and also emotion.  In some cases, parents of these children pushed their feelings onto the child, like stipulating that they go to their room until they can act more happily or appropriately in their view.  Sadly, I’ve seen many of these cases where the individual was never permitted to express any true emotions except a forced illusion of contentment.  The colour of their real character leached from their lives.

What happens, then is that the individual never learns how to notice changes in her own body; natural feelings, functions or sensations get replaced with undischarged content that is still stored up in her physical body.   We call this undesirable state, “successfully armoured.”  You’ll know when you’re in their midst as they will express a deep fear of any kind of change from the onset.  They will fear taking the remedies, they will fear the untapped emotions taking them by surprise, they’ll fear that no will like them any more and they will fear recognizing themselves. This is the armouring talking in an effort to preserve the status quo.

The successfully armoured patient will have walled herself off from human connection putting on that false “happy face.”  You’ll see how she’s kinked her own hose to be sure that no true feelings of anger course through her body in order to spare the others in her midst from her perceived down-right dirty hatred.  You will also see how this has affected her quality of life by keeping her separate from humanity and true intimacy with herself and others.

Did you know that losing yourself to your anger is the same gesture that follows the same release pattern for the orgasm function?  It’s the same tripping of the lights fantastic.  I can’t successfully let go to one impulse, knowing I’ll come back on grid in one piece, if I can’t let go to the other.  An individual can’t know the full breadth of love unless they also know the full depths of their hate. Folks who are successfully armoured can’t let go effectively to true orgastic potency.

This, of course, was a defence mechanism.  Dr. Wilhelm Reich in his book, Character Analysis, would term this “orgasm anxiety.”  When a patient is successfully armoured, they deem all changes, including good ones, as a threat.  Just as I was, I’ve served patients who were terrified of life flowing and pulsating through their bodies, so they subconsciously shut down any possibility of that happening.

The MS, Fibro., CP, and Parkinson’s patient secretly commits to cutting off the supply of nourishment, oxygen and normal functioning to their metabolic limb system first and then, over time, their limbic system second.  The limbic is a complex system of nerves and networks in the brain, involving several areas near the edge of the cortex concerned with instinct and mood. It controls the basic emotions (fear, pleasure, anger) and drives (hunger, sex, dominance, care of offspring). They’re literally snuffing out their own rage but the cost is that they end up entombing themselves in their own self-hatred.  Down goes the grid on their normal biological functioning along with a goodly chunk of healthy feeling and intimacy along with it.

It is very interesting to me that at the first follow-up consultation, the patient suffering this particular matrix will cite, “< nothing has changed since the initial consultation.”  (I quietly smile to myself as I too said this once to my own Heilkunst Practitioner.  If I gave credence to this statement every time I’ve heard it, I would have given up my practice years ago.)  As is typical, I will go through the typical line of questioning around food, water, symptoms, etc. When we poke around in the details, I discover that about 20-60% of their issues are resolved.

On many occasion, it will be something like, “headaches more dull and in the morning now”  whereas my prior notes indicated,” throbbing like hammers all day.”  Other symptom resolutions can show up as, “waking 2-3 times per night” whereas prior, “waking 5-6 times per night having to get up and pee.”  It is very common for shifts to be this subtle.  It’s a bit like trying to watch a pot boil on the stove.  Over the course of the 28 day healing cycle, we’ll always find subtle changes.

On many cases notes, I’ve made the accurate note, “> sx improved 60%!” (sx is our shorthand for “symptoms” or “suffering” next to the better than symbol).  When I feed this rate of improvement back to the patient, they’ll typically say something like, “Oh that is just due to the allopathic medication that I’ve been taking.”  They’ll typically have been on the same chemical drugs for years.

In one case, I had an MS patient relay a conversation she’d had with one of her physical therapists and how she wanted to show her the lack of circulation in her legs, but when she goes to show her, her legs are significantly improved!  The colour had dramatically shifted from “purple” to a more normal tone.  She admitted that this might have something to do with Heilkunst treatment as this has never happened spontaneously before.  Again, I’m smiling silently at the other end of the phone while very quickly trying to capture as much as I can of her case details for my notes as I know that there will be others.

In another case, the shifts were more emotional.  I had another wheelchair ridden patient with MS who cited a significant occurrence that first month was that for the first time in her life a family member had come to visit that month and even though they always previously spoke of current events and the weather, quite suddenly he acknowledged how difficult it must have been for her to be diagnosed and then live day to day with MS.  He even stated, that he might not be strong enough to even live like this himself.  For the first time in her life, she felt at least confirmed by a family member.

At this moment, in this woman’s case, I’m thinking of the remedies in her “Emotional Support Dropper” for inner value and the fact that we’d just cleared the first event on her timeline.  It had to do with a male, in a position of authority, that had significantly invalidated her.  Unfortunately, the patient doesn’t always equate an occurrence of this nature as an inherent part of Heilkunst medicine treatment and will chock it up as a coincidence.

While, typically, the patient’s issues will improve incrementally over time and they will become more and more self-educated for what to look for.  In yet another patient’s case, years ago, I recall another partially paralyzed patient stating just before we were about to hang up, “By the way,” she said,  “My physiotherapist noticed the other day that my left hand was moving.  Usually it just lays dormant in my lap.  In fact, I’m moving it right now.”  Curiously, thinking this can’t be of any real significance or she would have mentioned it at the onset of the session, I innocently asked her how long it had been since she’d last moved her left hand.  When she cited,”At least a couple of decades or more,” I wasn’t sure I’d heard right.

After a couple of thudding heartbeats, I noticed my own hands hovering frozen above my keyboard.  In that moment, there was nothing more for me to write. I was a little more than dumb-founded.  If she wasn’t “changed,” I sure the heck was … and deeply.  Thank you, Dr. Samuel Hahnemann, for your magnificent medical system of Heilkunst!  I wouldn’t want to serve a patient for a minute without it.