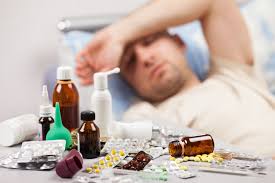 About 15 years ago, after patients had cleared Syphillis, other mysterious symptoms started being consistently illuminated.  Backache, lymph-node swelling, kidney affectations and flu-like symptoms were coming up in small group of patients.  It was Dr. Sankaran, I believe, who’d written that after Syph. is addressed, look for symptoms of Lyme.  The Genetic Miasms are not directly stemming from direct sexual transmission or even a bite from a tick anymore, however, as a function of human evolution, the disease is showing up in our inner milieux as just one more hoop to be jumped before we can know our human freedom.

Imagine, my surprise then, when I recently noticed that my back wasn’t just aching due to my nordic walking routine.  I was inordinately tired, which is not something that I typically experience.  I had a lot of heat in my kidneys and I just felt a general malaise and irritability.  Over the last 10 days, I’ve constantly felt like I did when I was a kid, with a kidney infection coming on.  My hands were also slightly vibrating, like my central nervous system was on overload.  Yesterday, I went pale as a sheet and had to go lie down while in a clinic meeting.  When I got back up, Jeff and I looked at each other and at the same time spoke the word, “Lyme.”

It’s a physical and mental shape shifter as Jeff wrote about here.  He actually experienced it’s surprising effects 3 years ago and wrote about his mental sufferings with this disease matrix himself here.  We’ve even cured dogs of it where it was clearly showing up after a tick bite in their kidneys.   We treat it the same as we do any other Miasmic Disease, on the sound basis of law, like cures like as illustrated here.

Here’s a further romp into this disease matrix as per an article I found in the New York Times:

The bull’s-eye skin rash, known as erythema migrans (ECM), usually first appears on the thigh, buttock, or trunk in older children and adults, and on the head or neck in young children.

The bull’s eye rash, which is considered the classic sign of Lyme disease, may take the following course:

Up to 20% of people infected with Lyme disease do not exhibit the rash. On dark-skinned people, the rash may resemble a bruise. In most patients, any rash fades completely after 3 – 4 weeks, although secondary rashes may appear during the later stages of disease.

A flu-like condition is the most common sign of Lyme infection, and it can occur with or without a rash. Symptoms can last from 5 – 21 days and may include:

Joint pain can arise at the same time as the skin rash. In early stages of Lyme disease, patients may experience migratory pain in joints, muscles, and tendons. In the later stages of the disease, arthritis may develop in one or two large joints such as the knee, elbow, or shoulder. (Knees are usually affected most.)

Common Neurologic Symptoms. Neurologic symptoms can first appear while the initial skin rash is still present or within 6 weeks after its disappearance. Sometimes they are the first symptoms that the patient experiences, but sometimes they may not occur until many months after the tick bite. The most common neurologic symptoms include headaches, sleep problems, and mood disturbance. Memory problems can also occur, as well as nerve damage in arms and legs. Neurologic symptoms typically improve or resolve within a few weeks or months, even in untreated patients.

Bell’s Palsy. In some patients, the facial nerve is affected, which results in Bell’s palsy. This is a sudden weakness and drooping of the facial muscles and eyelid on one side of the face. Nerves around the facial area may also cause numbness, dizziness, double vision, and hearing changes.

Symptoms of Meningitis. Meningitis can occur if the infection takes place in the membranes that surround the brain and spinal cord (the meninges). This can cause:

Symptoms of Lyme Encephalopathy. In some cases of untreated disease, the infection causes a condition called Lyme encephalopathy or neuroborreliosis . This causes the following symptoms:

Heart symptoms, such as an irregular heartbeat, may develop several weeks after infection, but this is not very common. In rare cases, Lyme disease may cause eye inflammation (conjunctivitis).