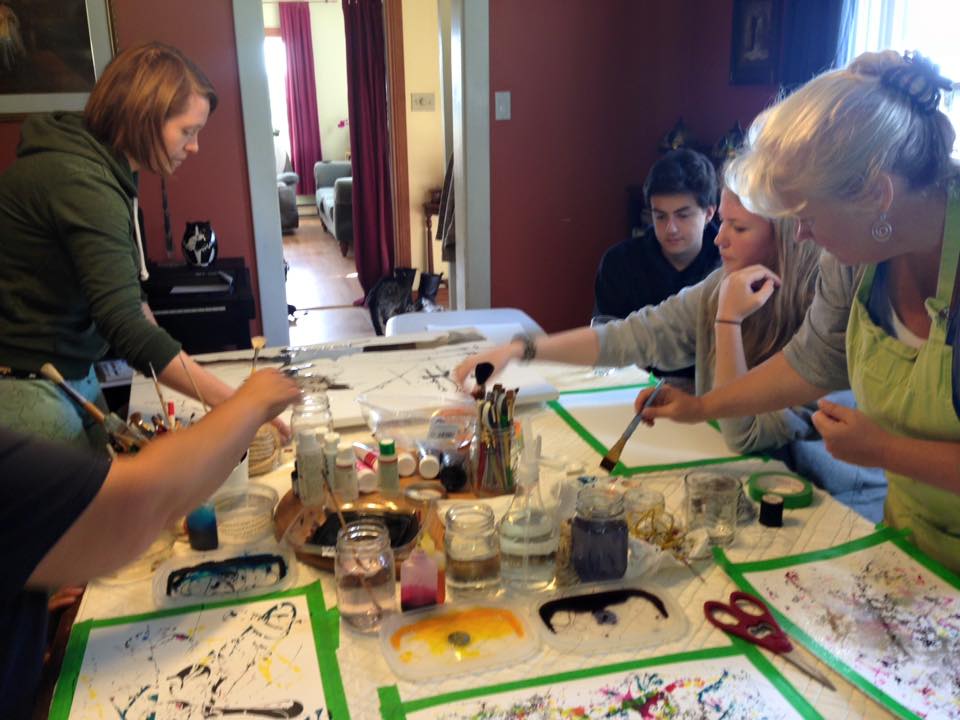 Today I woke up slightly giddy.  We had a real bonafide artist in the house.   It is how she makes her living! My best friend’s cousin had come to visit at the home where we are also staying.  Nat Perry was planning on teaching us string art.  After tea and breakfast had been served and cleaned up, we all sat poised over clean, white, watercolour paper, with varying lengths of thread dangling from our expectant fingers.

We all spoke a prayer of intention, to become a conduit to our Divine Selves in order to allow the pure essence of being to be illuminated in our work.  I could feel the tickle of excitement ascend my spine as I regarded the untouched inks and paints still housed in the cold vessels of potential.  What would they become through me?  What raw feelings would they invoke?

As I picked up the first piece of black thread, to dip it into the black indian ink, I consciously gave a liberal shove to my intellect to get it out of the way.

Art and babies are born more easily the more I can get my ego to take a hike.  What glee ensued as I allowed the thread to titillate and caress the page.  The rounded curves and draggy lines spun me completely into the delightful realm of play; no illusion of control here.  Just a properly bridled warmth.

Black bled into the twilight of cobalt blue, kissed with the yellow of a thousand lemons, peppered with neon pink of plastic rain boots; iridescent!  My friend’s piece quickly resembled Haida art, rich in a tapestry of burgeoning beaks and totems, skidded with threads of  black and royal blues.  My other friend found the darkness of chaos bleed liberally into the rainforest of her illuminated self.  Her heart clamouring to pass through the borderland.

As one of the many sun-curled cats snored on the couch in the next room, I regarded my daughter sitting to my right.  At almost 18, she was raised with Waldorf Pedagogy.  She’s been wholly allowed to unfold her essential self through art, music, and the sweat of horses.  Later, as a homeschooler, I realized that she’s never been forced to be anything other than who she is.  She’s not had to to battle against the forces of obedient resignation.  She’s always been healthy, suffering the fewest of meagre symptoms her whole life.

I so have to work at bucking the years of conditioning from allopathic schools and parenting, where the insidious message to be a puppet of conformity held me pinioned from my creativity.  Through years of Heilkunst Sequential Treatment and Character Analysis, I’ve fought to re-enliven that innocent, child-like, playful being that I am, in order to re-excavate the writer, the artist, the voice musician, and the poet.

These juicy aspects of myself were long buried under curriculums of expectations and government jobs that had bled me dry, to be impaled on the spike of dental benefits and a ridiculous pension.  Who wants something to fall back on when you can fall forward on your generative capacity instead?!

As a result,  I was riddled with chronic fatigue, sinus infections, paralysed with fibromyalgia pain in all 19 quadrants of my body, migraine headaches, and bone sucking depression.  Thankfully, I’m not defined by an ounce of that pain and suffering anymore.  I am an artist! 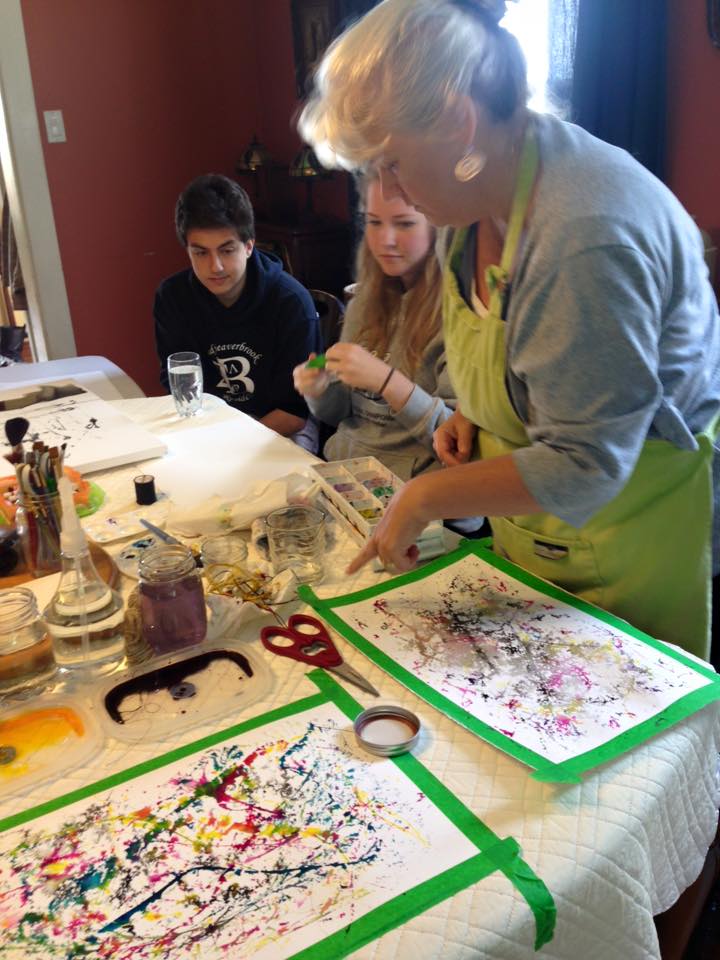 I recall, from when I finally got to the Hahnemann College for Heilkunst all those years back now, that the founder, Dr. Samuel Hahnemann, had defined the whole system of curative medicine in his book, “The Organon of the Medical Art.”  I remember hearing, for the first time, Rudi Verspoor, the Dean of Philosophy, talk about how you have to shelve the intellect, and everything you knew previously in the allopathic world, to properly ascertain the true nature of the patient’s suffering.

At that time, as I was getting healthier and healthier due to my own Heilkunst treatment, the raw, dormant, artistic impressions shuddered and kicked anew.  I intuited an almost cold, leached ember sputtering suddenly with new life, licking the air and space clean with a kindled fire where my old tawdry symptoms had been.

Over time,  I re-learned how to diagnose (through knowing) from this same art-filled place that had been walled off in me.  Now, I wait quietly to feel what picture the individual will paint through their accumulated symptoms on the totality of their state of mind. Their own Divinely imbued words filling the blank canvas with themes and nuances of tone, that break with the colour of feeling, arcing an overall impression. The whole phenomenon bleeds onto the blank white page.  I see the kaleidoscope of intention rendered richly in their striving to also know themselves.  It is the art and science of a true medical system; the gesture of self-romance in the pursuit of freedom.