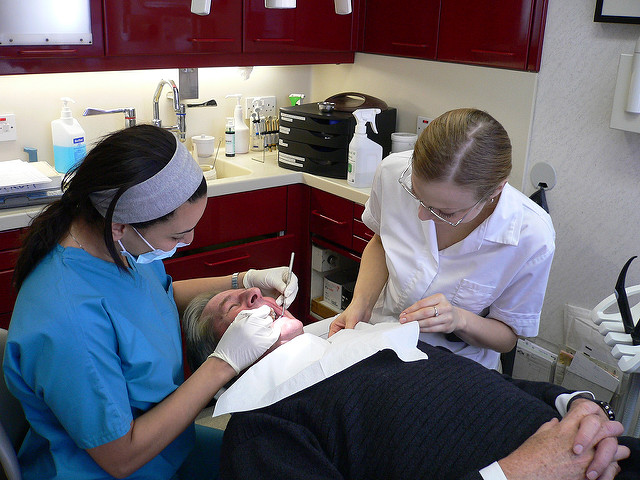 Dental issues can be complicated to treat. Like most issues in the body, they’re dynamic in origin. Our own Biological Dentist, Dr. Farid Shodjaee, takes a very holistic approach. He does Craniosacral Therapy and he’s also married to a Homeopath who we trained with. His approach to mercury removal is second to none. For the patients we share in common, he leaves it to us to clear the dental trauma and properly chelate mercury after removal, using Heilkunst principles in addition to ‘Drainage and Organ Support Protocols’. 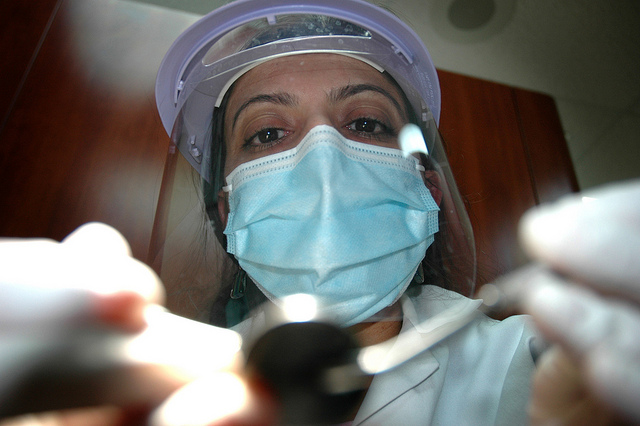 It is Allopathic Medicine that compartmentalizes the body into separate treatment departments. In our world, the Osteopath needs to be talking to the Dentist, or you fall short on the overall treatment of the patient. For example, if there are caries (cavities) and pitting in the teeth, this is indicative that there are also bone issues. It takes about eight different types of calcium and other minerals to effectively grow teeth AND bone from the chalky center out to the shiny enamel on teeth.

While we can fill a tooth with some porcelain composite, (never mercury puleassssse!) the root cause has not been addressed and will show up in other ways in future. It is important to not only supplement with whole, organic foods and bio-available minerals, but suss out why the body isn’t absorbing those minerals in the first place. Band-aid solutions are not sustainable and never address the root cause of the issues.

Fluoride is a known neurotoxin and actually causes pitting and cavitation in teeth, as well as concrete, so it is strongly recommended that it not be used in any form. It is interesting that in our Materia Medicas, fluoride “disease” causes excessive materialism and subservience. From that perspective, it makes sense why the powers that be may be interested in keeping it in our city water supplies. 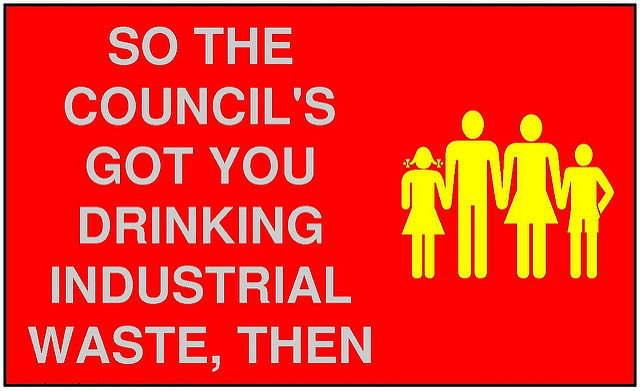 If there is inflammation at the level of the gums causing highly toxic anaerobic bacteria, traditional dentists will often suggest a root canal with a round of antibiotics. I’ve had moms contact me in a panic when a dentist wants to perform this highly invasive procedure on their child! The problem is that by destroying the blood supply and roots to the teeth, you contribute to other diseases eventually coalescing in the body in the future, given that the teeth are functionally connected by nerves to every organ in the body.

Anatomy of a Tooth

Your teeth and bones are made of the hardest mineralized substances in your body. In the center of each bone and tooth is a pulpy chamber; this is a soft, living, web-like structure full of blood vessels and nerve endings. The roots of each of your teeth descend into your jawbone and are held in good stead by a periodontal ligament.

There are 3-4 of these ligament canals contained in each tooth that, as mentioned prior, extend literally for miles within your body. Actually, 3 miles to be more precise! Dr. Weston Price identified as many as 75 separate accessory canals in a single central incisor (front tooth). This front tooth alone is connected to the pineal gland, nose, ear, pharyngeal T., pharynx, frontal sinuses, sphenoid sinuses, kidney, bladder, genitals, anus and supported the watery domain in the body.

Surrounding the pulp chamber is a harder cellular layer termed the dentin. It regularly secretes a hard mineral substance in order to keep your teeth in good standing right up to the layer of enamel. It is important to supply enough minerals to the physical body in order for it to constantly support its capacity store-hold for regeneration.

Below is a dental chart by Dr. Daria M. Brezinski. If you review it closely, you’ll quickly figure out those drilling, extractions, root canals, etc. have further reaching implications on the auricular meridia than most people know; pull a tooth or kill its roots with a root canal and now you’ve destroyed the symbiotic relationship between your tooth and the organ it was helping to mediate. It’s all connected!

In the case of a root canal, for example, when the tooth is hollowed out, and the webbed chamber filled with guttapercha (dental composite), it not only cuts the tooth off from its blood supply, but severs its relationship to the corresponding organ and body part. This symbiotic relationship is now destroyed. The organ left hanging, dangling without its inherent anchor, is cut loose like a kite without its string.

The maze of tiny tubules and the bacteria housed within are now cut from their source of nourishment and are laid bare to receive infectious agents. Think about it, in a healthy non-root canaled person, the bacteria typically enters the mouth, past the teeth and onto the cilia at the throat that mobilizes it for breakdown by the gut as per the immune function. If you’ve had a root canal, you’ve now got dangling tubules exposed in the mouth where there is no barrier to the organs by viruses or bad bacteria. They’re laid bare!

The defense mechanisms supplied by the immune function are now rendered defunct. Most viruses or bacterial arch nemesis are filtered out in the mouth, as mentioned, mobilized by the cilia in the mouth, before they can get to an organ. The teeth are there not just to chomp and grind down on your food-stuffs, but the enamel and dentin are hardened sentinels employed also to protect the tiny tubules, nerves, and ligaments from transmitting these errant bacteria directly to your vital organs down through these canals. 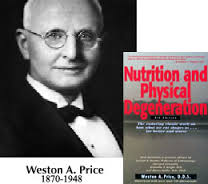 As per Dr. Mercola, “As long as your immune system remains strong, any bacteria that stray away from the infected tooth are captured and destroyed. But once your immune system is weakened by something like an accident or illness or other trauma, your immune system may be unable to keep the infection in check. These bacteria can migrate out into surrounding tissues by hitching a ride into your bloodstream (or tubule), where they are transported to new locations to set up camp. The new location can be any organ or gland or tissue.”

Dr. Weston Price was able to transfer diseases harbored by humans to rabbits, by implanting fragments of root-canaled teeth. He found that root canal fragments from a person who had suffered a heart attack, when implanted into a rabbit, would cause a heart attack in the rabbit within a few weeks.

He discovered he could transfer heart disease to the rabbit 100 percent of the time! Other diseases were more than 80 percent transferable by this method. Nearly every chronic degenerative disease has been linked with root canals, including:

Dr. Jones claims that toxins from the bacteria in an infected tooth or jawbone are able to inhibit the proteins that suppress tumor development. A German physician reported similar findings. Dr. Josef Issels reported that, in his 40 years of treating “terminal” cancer patients, 97 percent of his cancer patients had root canals. If these physicians are correct, then there is a huge link we’re not wholly apprised of between our teeth and the health of our whole human bodies.

Dr. Shodjaee will never remove mercury from a patient’s mouth without proper damming or oxygen irrigation. Also, he never will remove mercury from both sides of the mouth at the same time for this very reason. A good Biological Dentist understands the importance of these meridians and the body’s dynamic connections.

An ounce of prevention is worth a pound of cure. We know that our soils are deplete of minerals, which means our foods are also in turn deplete, which means that if we follow this bunny trail right on down to our organisms, we’re also deplete. Difficult dentition in children is like an epidemic with amber teething necklaces selling out their supplies. 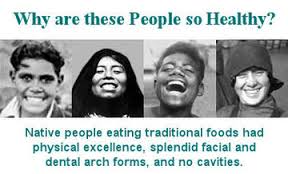 However, a child with enough minerals on board will hardly ever drool or cry in pain. This is an indication of a shortage in bioavailable minerals, the building blocks for healthy teeth and bones, the superstructure of the physical body. For ourselves and with our own patients we supplement regularly with bio-available minerals using the following:

We use the laws of nature like cures like to address chronic constant diseases that form barriers against your capacity to absorb minerals. We can also deal with inflammatory issues until the root cause can be annihilated using Heilkunst principles. There are way too many remedies, both pathic and tonic, in addition to using the sequential approach, to outline here going well beyond the scope of this article. 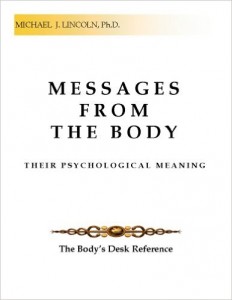 As per Michael J. Lincoln’s book,  Messages From The Body,” the reasons for tooth issues are:

“No more putting off.” They are being forced to deal with their oldest unresolved issues that span many lifetimes. The area involved is that of responsibility, and as a result, they lack vitality and aggressiveness, due to their great conflict about it.

“Indecisiveness.” Problems in this area are being reflective of long-standing inability to come to decisions that is due to an inability to break things down for analysis and choice-making. They are prone to be undisciplined in their attitudes and expression, and they are manifesting negligence in their life-management. They are systematically power-avoidant, responsibility-deflecting, unambitious, assertiveness-suppressing, and lacking in determination. The resulting build-up and sudden release of “Reggie the Raging Room-Wrecker” frustrated rage-outs are one of several processes by which they are therefore unsuccessful in money matters and intimacy. They simply have no idea what the principles of truth and right action are. The pattern is the resultant of a systematically power-derailment, competence- undermining, and responsibility-deflecting possessive parenting pattern involving interference-running, do-for-ing, under-requiring, or demoralization- and immobilization-induction.

“Immobilization.” They are experiencing overwhelm reactions, due to feeling compelled or required to take on responsibilities that are in effect way over their head. They tend to “bite off more than they can chew”, in terms of their capacities and motivational structure. As a result, they are being inundated with requirements and felt accountabilities. They have not developed or they have lost the ability to set priorities and boundaries, and they are caught up in a “parent-rescue” psychology. It comes from their having long-standing essence guilt around past life patterns of irresponsibility, coupled with being expected to be the “family hoist” and to “make things all better.” When these expectations were far too much for them to handle as a child, they became targeted for much accusation, attribution and guilt-shame-induction,as if they were the cause of all their family’s problems, and as if they were cosmically required to “atone for” and to “make up for” all they have “caused.”

My hope is that you have a better overview of dental health from a wholistic perspective and that you’ll be inspired to take the health of your whole organism back from any deleterious matrices that have caused you harm. If you’ve had a root canal already, much can be done to prevent the conditions and diseases mentioned above from plaguing you later on. If you have any questions regarding the information contained herein, don’t hesitate to comment below. We love to hear from you.

Why a Root Canal is a Dangerous Procedure

The Relationship Between Root Canals and Cancer

Messages from the Body: Their Psychological Meaning

2 thoughts on “Good Oral Health; How To Stay Out Of The Dentist’s Chair”