“Cough, hack, wheeze, cough …”  It can start like this, or with a sore throat, or with a sniffling nose.  No, it doesn’t show up in July, it comes right around December 21st just when your buying your free range turkey for the holidays.  The telltale sign that Tuberculinum has you, or your family, in it’s grips with it’s gripe is that the fever will be high at about 103.8, with a sudden onset.  It may be accompanied by sore throat, shivering, persistent headache deep in the forehead, yellow/green mucus from the nose, dizziness and significant constipation.  The ears may be ringing with tinnitis and the pain will be acute with a sticking pain that radiates right down into the teeth.

As you can see a lot of bronchitis, pneumonia and asthma can be wrongly diagnosed, prescribed antibiotics, just to come back the following year with a more virulent expression.  Tuberculinum must be cured on the sound basis of natural law to be eradicated outright.  My daughter’s riding coach used to suffer annually in precisely this way until we addressed it once and for all by using Heilkunst principles.

It is interesting to note that the patient always feels better up in the mountains in a pine or cedar forest as this helps to clear their lungs so that they can breath more easily.  If you lived a few hundred years ago, when Tuberculosis was an even more prevalent infectious disease, you might be sent to a sanatorium up in the mountains in Europe in order to recuperate. 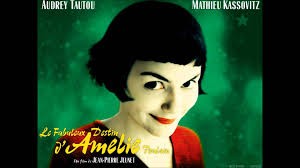 There is also another aspect to this Genetic Miasmic disease that produces chronic constant symptoms and that is “the state of mind.”  They will be the type of person who is yearning; yearning to travel, yearning to fall in love, yearning for fulfilment in some way or another.  The movie “Amelie” is a great rendering of a Tubercular state of mind.  Also, your child may exhibit unusual bouts of rage, vindictiveness, and belligerence towards yourself and others while in a Tuberculinum state.  In our Materia Medica, it is written that the child may break the mother’s favourite vase or other article of value right in front of her out of defiance.

ADHD-like symptoms are also frequently anchored to Tuberculinum.  They can’t keep their mind on one subject for more than a few moments.  They will drive their parents and educators crazy as they’re seemingly ill focussed in every sense imaginable, sabotaging every effort at a defined trajectory.

When Jeff Korentayer was speaking to his patients this week about some of the historical aspects regarding Tuberculinum  he brought up the point the this disease was often referred to as “consumption” a couple hundred years ago. Interesting as the state of mind of the Tub. sufferer will often over consume, yearning for another gadget, article of clothing, cell phone or car.  They’ve let go more of their spiritual nature and replaced it with many golden calves termed consumptive consumerism.

Of even further interest, Jeff describes how Tuberculinum was the prevalent disease at the turn of the 19th century when the industrial age set in.  Think of London and all the coal burning, smog and fog.  It was hard to breath, folks had a lot of lung-related afflictions.  Also, moving into the city meant a profound separation, a definite cutting off from nature with a deep longing for open vistas and fresh air.  This was also the dawn of the romantic period when humanity was longing to connect to her inner nature through art, poetry and romantic science.

This also happens to be the time when Dr. Samuel Hahnemann discovered the principles of Heilkunst, researching and writing about this romantic science in his groundbreaking book the “Organon Der Heilkunst” which literally means the “The Whole Medical Art.”  In there he describes the physicians highest and only calling and the true participation of the nature of the patient, the state of mind in illness, true participatory discernment and the eradication of disease.  He also defined the qualities for health as not only the eradication of symptoms, but that the healthy individual will avail themselves of their spiritual life’s purpose when whole and hale.  Hahnemann moved countless times with his many children, sometimes more than once in a year which leads us to believe he might have n 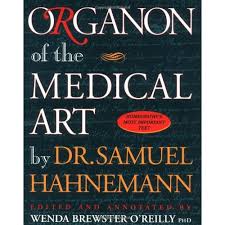 eeded the nosode himself.

In the clinical portion of my studies back in 2003, my mentor, Patty Smith told a story of serving patients in the States who also moved annually.  It was a real bone of contention with their children.  After giving them the Tubercular nosode, they never moved again, finally feeling satisfaction with their current domain and geography.

I also served a woman years ago in 2004 for chronic headaches.  As per usual, we went through her sequential timeline and then started hitting each of her Genetic Miasms.  When we hit Tub., her headaches completely dissipated.  However, the other surprising part was that she also suddenly quit her very successful job as a head hunter, went to Paris, France and attended Cordon Bleu Chef School.  She came back home to open her own cooking school.  She’s felt utterly fulfilled in her work every since.

My hope is that we’ve depicted more clearly for you the symptoms and state of mind for Tuberculinum. Here are two other Blogs on the same if your interest is piqued:

A Different Kind of Love Story by Jeff Korentayer