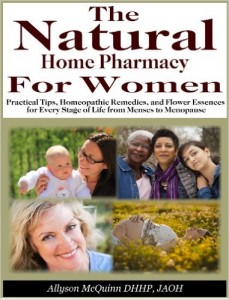 Just what is menopause?  It is a natural phenomenon occurring in women between approximately ages 45 and 55, when there is an anticipated cessation of eggs produced by the ovaries for the purpose of the reproduction of children.  Actually, it is the opportunity to convert the forces meant for procreation more into a relationship with “co-creation” and greater wisdom.  As a result, the body will generally produce less estrogen and progesterone, which are two of the primary hormones regulating a woman’s monthly cycle.  The hormonal imbalance symptoms of menopause will affect a women’s capacity to transition easily into her “wisdom years.”

If there are unresolved emotions, such as disappointment, anger, guilt, fear, or resentment amassed from a woman’s life leaving her feeling like she’s lived the “un-lived” life, she may suffer the effects of hormonal imbalance symptoms of menopause.  Also, allopathic chemical drugs can exacerbate hormonal symptoms due to the fact that as the human recipe of hormones and chemicals changes, the former drugs can begin to act unfavorably with additional side-effects.  It is best to speak to your health care provider should this arise.  The other aspect that can  negatively affect a woman’s hormones is any sexual dysfunction.  Generally, if a women loves her work, her home-life, is vitally engaged in her life and deeply committed to her sexual relationship with a partner she deeply loves, we see very few incidences of the following hormonal imbalance symptoms of menopause: 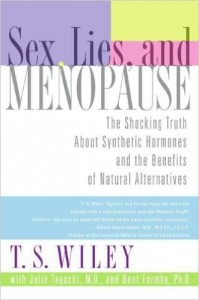 If you think about it, a young girl at puberty will start her period, hopefully, without too much incidence or commotion.  The medical community has really orchestrated a ruse if a women is under the impression that she can’t just as easily transition from being a menstruating woman to a non-menstruating woman.  Often, women are unnecessarily led to take chemical drugs due to the Big Pharma’s push to make us think we’re suffering the symptoms of some disease, instead simply of hormonal imbalance systems of menopause.  You may notice that the character structure of healthy women is generally not studied by the medical model in order to induce more women to be connected to their own zest for life and love, avoiding menopausal symptoms qualifying them for any drug protocol.

2 thoughts on “The Hormonal Imbalance Symptoms of Menopause”