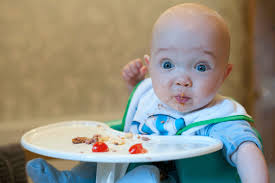 There can be a variety of reasons that a mom will orchestrate the timing of stopping breastfeeding.  In some cases, she will feel that it is “just time,” or that she needs to reduce feedings in order to head back to work, or the babe is now deriving more and more nourishment from sippy cup and solids.  In the best case scenario, baby initiates the cessation process.  My own time to wean came when my daughter could systematically undo my blouse buttons and I just intuitively felt that she had everything she’d needed from me in the way of physical and emotional nurturing.  It was instinctual.  It was time to let go.

Sometimes the transition to stopping breastfeeding can occur earlier under less desirable circumstances such as chronic mastitis  (although we have remedies for this!) or because not enough milk is being produced (we have remedies for this too!) and mom has to supplement baby’s feeding from other sources like raw goat’s milk (goat’s milk has a smaller molecular structure than cow’s milk and can be easier to digest for baby) from a reliable source or implement Weston Price formula.  Trying to get pregnant may be another reason that a mom will commit to the process of stopping breastfeeding.

Rudolf Steiner modelled Waldorf education after an organic unfolding of the human spirit illustrated by his pedagogy that allows for the teaching of human history at the time our human physiology is ready for it.  For example, before a child’s milk teeth fall out, their abilities to conceptualize can be harmed with forced reading, math or science.  Also, children at the age of ten are ready to unfold the Greek epoch in their microcosmic cellular memory of our human consciousness.  He also suggests that babes who are breast-fed beyond fifteen months also start to pick up on the mother’s karma and disease heritage to a degree that may limit their capacity for full autonomy, freedom and sovereignty later on.  This is derived from his extensive medical lectures for young Doctors.

All that being said, when your baby is ready to wean, stopping breastfeeding, is really an intimate decision taken between mom and babe.  As your beloved child starts to sit up on his own he may develop an interest in other people’s solid food as early as six – eight months or not until closer to a year or even more.  Slowly introducing cooked egg yolk, liver, avocados, puréed fruits and vegetables and salmon and a sippy cup with healthy raw goat’s milk (pasteurized milk has been linked to allergies and can contain unwanted pathogens and antibiotics) can be a good way to start transitioning your babe off the breast and gradually stopping breastfeeding.

Ideally, with ample time and support from our partners, you can slowly scale down feeding slowly by 1-2 per week depending on your baby’s individual needs.  At 14 months, I was still able to lovingly provide my babe’s nursings first thing in the morning upon waking, evening when I got home and dropped the groceries on the kitchen floor while Dad prepared supper and then again at night-time before bed.  Cold turkey weaning is never recommended due to the emotional and physical shock for both mom and babe.  It takes time for your milk supply to abate and for baby to adjust to solid foods without promoting digestive colic, constipation or emotional distress.

Also, moms have found it best to provide that new sippy cup in a new location like a high chair or on demand from the floor, or a low-level coffee table, so that babe doesn’t confuse the usual rocking chair, where the nursing position would have been assumed for nursing, with the new regime of stopping breastfeeding.  If you need a leg up, we have homeopathic remedies that can help with weaning naturally.