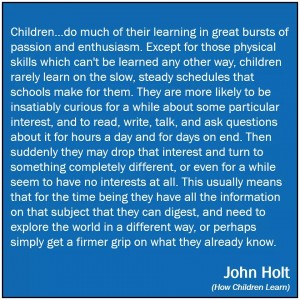 Most adults I begin work with, sadly, haven’t a clue what they want to explore or even how to follow that inner tendril of a lusty feeling to know themselves through inspired interests. Most question themselves constantly, “Is this what I’m meant to be doing?” they ask.  It makes me feel sad for them.
Natural unfolding and self-education are key to preserving a proper downloading of the astral body (desires) properly threaded through the ontic organization (incarnation of the self). It enables a meaty verve for life-long learning producing a sense of joy and wonder.
As adults, we engage with new concepts with the same juicy enthusiasm in precisely the same way as a child does who is left to her own curious devices! We’re no different than little kids, we simply want to know, to explore ourselves through our own thoughts and feelings and really play with how we fit in the world; what animates us?!  Only then, we’ll start to give back to others out of our own plumbed wisdom.
As children, we innately know what we love and we don’t engage with frivolous subjects that don’t feed our natural curiosity.  We’re downloaded with the natural capacity to keep falling in love with ourselves and what inspires us from the onset.  It is that aspect, called enthusiasm that is the secret ember for who we’re meant to become.  You just have to listen carefully and be sure not to snuff it out by over fanning it or, alternatively, not paying enough attention to it.
It is a God-imbued wondrous thing if that verve can be preserved. However, if we force a child to learn subjects they’re not interested in on other people’s agenda or a government curriculum, you risk breaking that child’s spirit.  That “little light of mine” will risk going out.  Alfie Kohn, natural learning advocate, states that there is no scientific evidence that homework is of any use to a child.  If it was, wouldn’t children naturally love it and pursue it?
State-based school teaches concepts solely from an intellectual standpoint.  Over time, you’ll erase the child’s natural verve, their kinaesthetic joy, they’ll stop asking a myriad of questions like, “Why is the sky blue?” The light in their eyes starts to diminish and they use statements like, “I’m bored,” more often.  This is because they’re now seeking promptings for engagement from the outside-in as their natural inner enthusiasm sadly wanes. 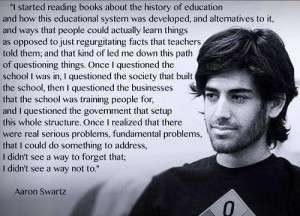 False authority loves those that can’t think for themselves, and they’re happy to do it for you. Big Pharma will drug you where it hurts when the ember of realization kicks up, to justify their own agendas.  I too was once a numb, sick drone working in an 8 x 12 felt cubicle in the federal government.  It felt like I’d gone there to die!
Alternatively, if you watch children play, their whole bodies and breathing apparatus are involved. Their fight for things, possessing what they care about, wearing capes and swords for weeks at a time.  They draw and paint everything, they whinny like horses, dance with abandon, juggle balls, throw bean bags into holes, study books they can’t yet read, lay on their backs studying the sky, jump stones in streams and dally in life’s greatest mysteries.  Few of us know that these tendrils of unbridled excitement becomes the flame of creativity later on.
We adults are conditioned to think and say insane stuff like, “But those activities will never land us a job in adulthood.”  I will flip them the bird and break their smoke-filled false crystal ball so fast, their head will spin!  How dare they. It is always those drones, who hate their jobs the most that spout this suppressive crap.
Just, WOW, so we cut the child down from the tree they’re just learning to climb, destroying their confidence and turning them into our expectation of an intellectual plebiscite.   The self-volitional life ebbs from their loins to take up the reins of then criticizing others through the emotional plague reaction.
We’re spiritually starved for new art, innovative music, brilliant plays, great books, big thoughts, and random acts of creativity.  We need quirky thinkers, more innovators, and fully self-actualized in-spirit-ators.  Read Elizabeth Gilbert’s Book, “Big Magic,” if you’ve forgotten how to be a creative genius out of your own generative capacity.  Learn to re-claim wonder and joy falling back in love with the nature of your inspiration!
If you’re still struggling, contact us.  The way I got back to my own essential self, extricated myself from drone-hood, and turned back on my creative flow was by applying the principles of Heilkunst Medicine.  Through sequential therapy our patients also observe their inner volition flood back as we peel off the trap doors of emotional and physical trauma recognizing that our innate creativity is trapped under those suppressive layers.
As a by-product of treatment we witness them, and ourselves too, start to become self-motivated seekers hot on the trail of an innate insatiable curiosity. They just know what brings the fire and heat in their guts, sometimes for the first time in their lives!  It is exciting and also frightening to feel this joie de vivre for the first time.  We’re often not used to it. 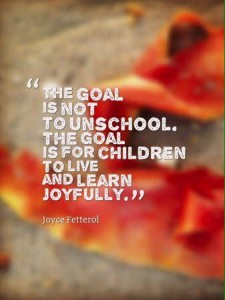 My own kids chose not to be subject to the suppressive forces of allopathic education.   They both tried to go to a state-run school for a time, but they were bored and hated the coercive atmosphere, bullying and arbitrary tests and exams.  For example my son, Jordan, was just naturally tutoring all the kids in grade 10 math, coming home one day to state that he was quitting as he was doing more for the students than the teacher was, but he wasn’t getting paid for it, “I’m not drawing a salary or even getting a pension,” he joked.  He held a 99% in math that whole semester.
My children lived the natural unfolding through self-education through the inherent rhythms that John Holt describes above.  What an honor it was for me to witness their self-directed desires illuminated through the grace of time and space to explore their own inner world.  When they were little, reading to them was my biggest job after the animals on the farm had been cared for.  In their teenage years, my job morphed into supplying them with the tools and outside mentorship to further their self-actualizing goals.
My daughter, Adie, wanted to study literature, music, art and jumping horses.  My son, Jordan, chose parkour, trampoline acrobatics, Aikido, and leading leagues of battalions in World of Warcraft.  I watched them unfold staying as much out of their way as possible, wholly confident in their capacities to unfold themselves.  I worked from home and so they would come to me if they wanted help with a problem or needed me to arrange and pay for driving school or drive them to horse lessons, but mostly I just let them be.  They slept a lot!  You can read more about their story here.
I can admit now that parts of it were not easy.  Folks checking us through the grocery line often demanded to know why my children were not in school.  Depending on the individual, we got good at saying that we were just coming from a Doctor’s appointment, as if it was their business. My hardest, and often my only job, was backing off these fearful criticizers!  I was pursued at times by state-based-administration demanding accountability.  I wrote letters and lied overtly to protect myself and my children.  I also avoided emails and phone calls from opinionated family.
For much more on my twenty years of research in Self-Education for Excellence, you can find my latest book here: 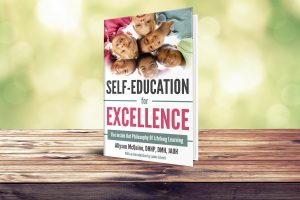 “By picking up this book, you are helping to think beyond a model of indoctrination that operates against the individual, one which actively works against our mental health, sense of self and social justice, which in turn, manages to completely extinguish the learner’s natural love of learning. By adapting the concepts of self education you are working against the narrow, ageist, classist, ableist, sexist and racist version of ‘education’ that the current system and world at large supports. By picking up this book, you are starting to transform your own ideas surrounding the social construct we call “education” and start to focus on the value of “learning” instead.” ~ Lainie Liberti
Thankfully, homeschooling, world schooling, unschooling and self-directed education is becoming more the norm although, we still have a long way to go in this realm.  I’m now asked to mentor other parents at various phases of homeschooling exploration who are just learning to trust in the inner rhythms of their own babes.  They innately get that perhaps a child’s natural unfoldment somehow preserves not only their health but also their happiness.
I will close with one of my favourite quotes from John Lennon, “When I was 5 years old, my mother always told me that happiness was the key to life. When I went to school, they asked me what I wanted to be when I grew up. I wrote down ‘happy’. They told me I didn’t understand the assignment, and I told them they didn’t understand life.”  Nailed it! 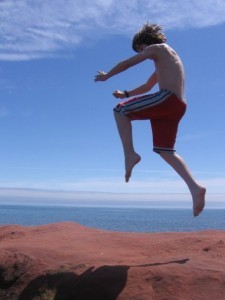 My son Jordan, now 21, is a teaches trampoline acrobatics also
managing a 7,000 square foot gymnasium and loves his life.
He also loves Parkour and spends most of his time defying gravity.
This was also true when he was 3!  Jordan is also a Bowen Practitioner. 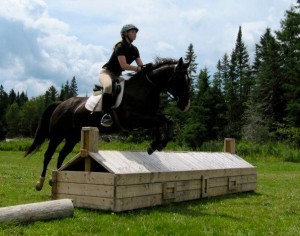 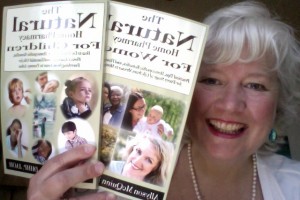 That’s me, Ally.  I used to wake with whole poems written in my head as a kid.
However, due to insurmountable grief, serious illness and allopathic education,
I’d lost my muse completely for over 25 years.  I HATED school! At 52, in large
part due to Heilkunst Medicine, I rekindled my muse and now I have 13 books,
(including 2 books of poetry) to my name that I have also LOVED giving birth to.
Some additional Resources that may fuel your desire to learn more about self-directed education:
John Holt, “How Children Learn“
Alfie Kohn, “The Homework Myth“
Grace Llewelyn, “The Teenage Liberation Handbook“
Micki and David Colfax, “Homeschooling For Excellence“
John Taylor Gatto, “Dumbing Us Down“
Rudolf Steiner, “The Education of the Child“
Louise Boyd Cadwell, “Bringing Reggio Emilia Home“
Wilhelm Reich, “Children Of The Future“
A.S. Neill, “Summerhill School“
Books for Homeschooled Children: 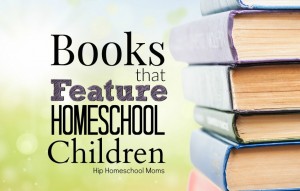 Tagged on: Education From The Inside Out, Homeschooling, Life-long Learning, Montessori, photos, Self-Education, Unschooling, Waldorf Pedagogy