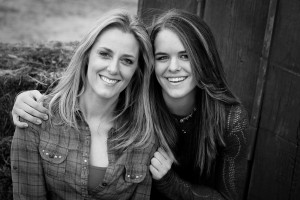 “Hi Ally!
Our local paper did a story on Brayden. It’s on my and Brayden’s Facebook page. I would like you to share and tell Brayden’s story and how you’ve used Heilkunst and the timeline to treat and cure her! If just one mom reads how the HPV vaccine almost destroyed my girl then maybe they won’t allow their daughter to receive it. I want people to read it from your wise perspective.
My own Heilkunst treatment has also played a role in Brayden’s recovery.
Always grateful for you in our lives!
Brooks
Sent from my iPhone” 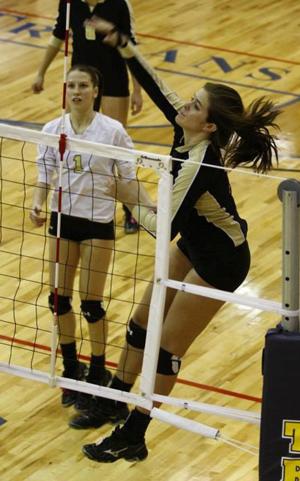 College this past season. Auer, a Scottsbluff High School graduate, will continue her playing career at a Division III school in New York.

JASON HANSELMAN For the Star-Herald

Brayden Auer nearly decided to give up on her dream of playing volleyball in college. After battling through a bout with seizures during high school career at Scottsbluff, Auer persevered.

“When I was playing basketball my senior year in high school, I had some issues with seizures,” she said. “I didn’t want to go out or quit knowing that I wasn’t able to be the best that I can be.”

Her determination and grit paid off. After graduating from Scottsbluff in 2013, Auer played for Northeastern Junior College in Sterling, Colorado. She played at NJC for two and a half years and was a major contributor to the team’s success.

“When I made up my mind up to go on and play in college, my coach and I reached out to a couple of different schools and that’s when NJC invited me to play,” she said. “The school and people were friendly during my time there, but when I made the team my health was still an issue.”

Auer learned how to recognize and deal with the warning signs of an approaching seizure. Eventually, she was able to regulate her own practice and playing time with the endorsement of her doctors.

“I had to really grow up and make mature decisions about practice and my playing time because my condition isn’t something that a person can just tough out,” she said.

Although her health issues complicated her sporting career at NJC, she is grateful for the support and understanding from her teammates and coaches.

“My playing time was limited mostly because my condition affected my eyesight and my depth perception,” Auer said. “But now that my treatment is complete, I’m excited about the next two years.”

In fact, Auer was excited to report that she should be seizure free from this point forward.

Auer has many good reasons to be excited. She is moving to upstate New York to attend and play for Division III State University of New York (SUNY) at Canton, New York.

“Of course I’m excited and nervous, but I’m the kind of person that has always wanted to experience new things,” she said. “Actually, I’m even a little sad to go because it’s so far away from my family.”

Auer’s family supports her decision to go and play because sports and volleyball have always played a pivotal role in their lives. She credited her mom for most of her early success in volleyball.

“I grew up playing volleyball at the YMCA,” she said. “I think I attribute my love for the game to my mom, who played as a setter for Western Nebraska Community College. I especially remember when she did some coaching at Scottsbluff High School with Heidi Huck. I was a fifth or sixth grader and looked up to the girls on the team and wanted to be like them.”

She got that chance a few years later as she joined both the Bearcat volleyball and basketball squads. Playing on both of those teams helped Auer learn a valuable lesson.

“Even though we might not of had the greatest success as a team, we learned to play as a team and appreciate the ups and downs together,” she said. “Even though I had health issues, coach [Megan] Burda still pushed me to be my best and she counted on me to lead. That really helped me decide to go on and play in college.”

NJC enjoyed another tremendous season. The Plainswomen advanced all the wayi to the Region IX South Tournament championship before finishing runner-up to WNCC. Auer valued the experience of competing on a high level with one of the best teams in the region.

“It was really cool with us to go out and compete with WNCC because they were the highest competition we faced this season,” she said. “Coach Squier’s approach to discipline made all of us very mentally tough. It helped us not only be better players, but we all became better people too. We were taught to not cheat the system and to not cheat ourselves.”

Auer’s journey has been a unique one. Her story is about overcoming all odds and it continues to shape her into the person she wants to become.

“I think for me, since my health has always held me back, I am learning to play to the best of my ability,” she said. “I want to make a huge impact on my team and kind of prove myself all over again.”

Beyond sports, Auer has great advice for everyone who face challenges.

“There will always be down periods and moments when you want to tell yourself that you can’t do it,” she said. “People need to believe in themselves and understand that they can do things if they really want to. Don’t give up on hard work and determination. I was raised to push through things and not give up.”