Some of you know that Jeff and I are living in Mexico for the Winter.  It is stunningly beautiful here, warm, and teaming with fresh foods and life.  Everyday we wake early, often walking the beach, biking or swimming for a couple of hours first thing before clinic and work calls.  When we walk, we’re often strolling hand in hand back to our condo, mid-morning, for another swim in the pool, a little sunbathing and a meditation well before lunch.  I feel like a kid who’s having so much fun, I forget to eat!

After being here for almost 2 months, I didn’t notice much that my physical body had changed.  It is hot, so I wear a lot of dresses.  One day, I grabbed a pair of white pants to wear out to dinner.  When I buttoned them up, I noticed several additional inches between me and my waistband.  Odd, I checked the size thinking I might have packed the wrong ones to bring, but no this was the snug pair that I’d brought with me from home.

Not a week later, I was speaking with a patient who’d fully actualized her essential self and was just finishing up her Heilkunst treatment with me.  She mentioned having lost weight recently citing how easily she was letting go.  She was excited to tell me how her daughter, who is a Chef, was the one to have recommended, “The Fast Diet” by a Dr. Michael Mosely and Mimi Spencer.  I didn’t think too much about it as I’m not one much for fads of any sort, however, in the same week, I came across this Ted Talk video with Mark Mattson on fasting and ketosis and wondered at the recent phenomenon I was experiencing.

Interesting to me, as I both love and hate fasting!  I do it full out a couple times a year.  Based on principles of not allowing my body to become so complacent with the influx of cooked or even raw foods, I’ll go to a liquid or mono-food diet for a time to give my body a rest, metabolize hidden islets of toxicity and re-boot the grid with regards to my relationship to food.  I love food, I love to cook and I often need to recall that,”I eat to live, not live to eat!” 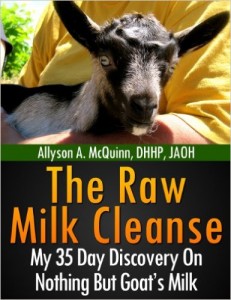 I know that when I’m ready to know a whole concept, the teacher will appear.  In this case, my patient, was the cathartic nudge I needed to figure out why I was naturally and easily dropping weight.  I knew that our foremothers and fathers did not have the food availability that we do in these modern times and that often, they were not eating 3 meals a day due to shortage.

Even when I worked on the family farm, often we’d be out in the fields or milking cows before dawn, coming up to the house around 11:00 a.m. or noon for our main meal.  The table heaped with meat, green beans boiled to well beyond their death in milk and potatoes, always heaps of potatoes.  Then we’d have a smaller supper, usually a sandwich made from the noontime leftovers.  Then you’d fall into bed just after the sun was down, spent and fulfilled within my beloved community.

My kids, even though they were mostly raised on farms, naturally ate the same way.  They would almost always skip breakfast and desire a decent meal around noon and then a snack-like meal again in the early evening or sometimes not at all.  Often, they were easily going over 12 hours without food in their teens as they dictated their own nourishing schedule!  I also noticed that my children, now adults, always self-regulated their diets out of their innate volition. I also knew to trust my kid’s innate rhythms, as they were the healthiest people I had the pleasure of observing through their organic unfolding! 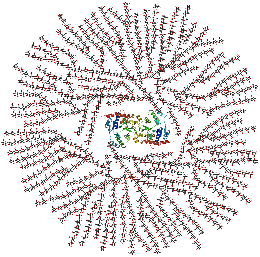 I was always curious about society’s expectation that we eat three meals and snacks as it always seemed excessive to me.  The idea of not eating for longer spans of  became clear to me when I read how glycogen gets stored up in the system.  In humans, glycogen is made and stored primarily in the cells of the liver and the muscles hydrated with three or four parts of water. Glycogen functions as the secondary long-term energy storage, with the primary energy stores being fats held in adipose tissue. Muscle glycogen is converted into glucose by muscle cells, and liver glycogen converts to glucose for use throughout the body including the central nervous system.

The glycogen’s function is to lovingly take care of you in instances of fight or flight.  The fast twitch muscles rely on this substance for your reflexes to think and act fast.  On that note, perhaps think of the immediate gratification required by our present society; fast food, fast education crammed into our first 20 years, fast growing crops, fast trades on the stock exchange, children growing up too fast and too soon, fast diagnoses, fast pills and fast sex. Little in our modern world is slow and delicious, as we’re always rushing from one thing to the next.  The armouring in our physical bodies speak to this constant gesture of immediate gratification. 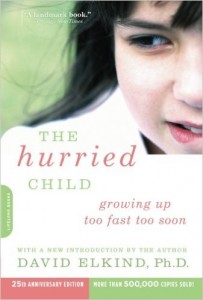 The problem becomes that if you’re eating every couple of hours, you’re not only adding to the sugar in your blood, but you’re also rarely getting to the strata of the fat layers stored beneath the glycogen.   The state of burning fat is termed “ketosis”.  Producing ketones is a desirable state loved by both the kidney and heart, that was formerly controversial by some allopathic scientists.

There is an assumption that if a body is burning a lot of fat for energy, it must not be getting “enough” glucose. However, there is no indication, from studying people on reduced carbohydrate diets, that this is the case.   If you can’t periodically get into ketosis, you end up suffering a physiological vicious circle of fight/flight.  Then, when you grab a latte for lunch en route to an afternoon meeting, you prevent the system from burning fat, sinking into the slow, heat burning furnace we’re capable of.

Many folks are starving from a lack of micro-nutrients, but they’re also superficially cold both physically and emotionally.  This is true for slim individuals too, as folks who are ripped in their musculature are often as armoured as the obese person.  Think of the runners who’ve dropped dead and the finish line or the woman with arthritis so bad in her one hundred fifteen pound frame.  Even Dr. Mercola speaks to the benefits of intermittent fasting and he’s a really lean dude!

When we do eat it is important to engage consciously, deliberately and prayerfully with our food.  In our culture, we’ve mostly forgotten the art of romance with food and who we are eating with.  Think how nourishing it can feel to eat together with loved ones and while lingering over a bowl of chowder.  My husband, Jeff, when he’s eating something he loves that I’ve prepared will literally moan with each bite, closing his eyes and savouring each proffered chaw.  God, how I love to feed him!

So how to solve our glycogen habit you ask?  First, we have to stop being junkies and then as Peter Gabriel suggests, we’ve got to “shock the monkey!”  First of all cut out the coffee.  Coffee suppresses fear and is a big cause for anxiety and sleep issues in our culture.  Perhaps deal with the underlying cause.  Eat organic fruits and vegetables that resonate with your blood type.  We’ll send you the food lists, or you can check out Dr. D’Adamo’s book, “Eat Right For Your Type“,  and then one to two days a week, you bring your calories down to a mere five hundred for the day.

The idea is that our physiologies are not really designed to eat three meals a day plus snacks.  When was the last time you had to fish, forage or hunt for you food?  When you’re hungry, really hungry, your mind gets sharp, your body brilliantly taut and at the ready to smartly outwit that trout.

Where did the false premise of eating every couple of hours come from? It is promoted by dieticians trained to follow government food guides, which in turn arise from inimical forces in the allopathic medical field who make money on your three meals a day choices. This constant consumption of food contributes to obesity, cancer, high blood pressure and heart disease.

Suppressing our innate drives of creativity and desires for love and intimacy, by mouth, is often the socially acceptable drug of choice for a lot of people.  I’m suggesting that we solve the underlying cause for the angst and pain we suffer instead and stop being so resigned to it; go ahead and shock the monkey! See the stuff that you’re really made of.

This is also the basis for Dr. Mosley and Mimi Spencer’s “The Fast Diet” (although his use of coffee I can’t condone especially for all other blood types except ‘A’).  And, no, that doesn’t mean you’re eating like you’re in a blitz! Think the other kind of “fast,” the spiritual one.  Folks have been fasting for religious reasons for thousands of years.  It is for the purpose of spiritual transformation, getting into the strata of your being-ness, plumbing the depths of your intimate relationship to God.  If you’re an atheist, then just think of how your organs and health will benefit.

On five hundred calorie days, it also means slowly and lovingly savoring a farm-fresh egg and some organic cottage cheese with half a grapefruit perhaps late morning, for example, and then a beautiful little stir-fry early evening.  If you’re wanting to get back to your healthy weight, have clearer thoughts and a healthier body, Mosley suggests engaging thusly on this fast two days per week and if you’re seeking to maintain your health, purging your system of unwanted toxins or islets of organization, then one day a week is sufficient.  It actually is a a lot easier than you might think!  Read the testimonials of folks who’ve let go of hundreds of excess weight at the back of the book.

When I was doing the research for this article, I queried my 18 year old daughter, Adie, who is a natural athlete.  She trains Olympic-level horses and must remain in a state of self-governance with regards to her heath and regimen.

“Adie, what do you do when you feel hungry?”  I heard her pause at the other end of the phone, “Well, I acknowledge the need for a moment and then just let it pass, really.  It’s just hunger, it’s not like I’m going to die or anything.  Often it’s just a call for more water so I drink, or recognize it for what it is and then just let it go or re-engage more deeply with what I’m working on.  I don’t let it dictate my actions as the more I eat, the more food I want.”

I gave a lot of thought to Adie’s words.  It is true that I answered the call for food too often myself.  Even though I’ve naturally purged a dress size or two, I’m going to grab that monkey by the tail and give him a good yank! Also, I NEVER underestimate happiness, beauty, the beach and good geography for allowing a gal to simply let go.

“Cover me when I run
Cover me through the fire
Something knocked me out ‘ the trees
Now I’m on my knees
Cover me, darling please
Monkey, monkey, monkey
Don’t you know you’re going to shock the monkey”

2 thoughts on “Interval Fasting; Shocking Your Monkey To Life”