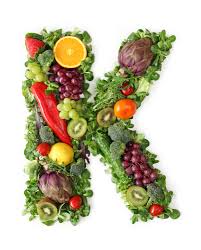 If you really set out to study the principles of Vitamin K, you realize that it actually is not a blood coagulant in and of itself.  While it can be a catalyst to promoting healthy blood clotting, there are other factors also at play that prevent our brains from bleeding out our ears.

Vitamin K is a fat-soluble vitamin that derives it’s name from the German word “koagulation.” As you’ve probably guessed, that’s because it’s essential for helping blood clot appropriately when needed.

In newborns, adequate Vitamin K levels are needed to prevent Vitamin K Deficiency Bleeding (VKDB), a rare but life-threatening condition that cause cause uncontrolled bleeding, sometimes into the brain.

Vitamin K is important aspect in any human being’s diet, including, the pregnant mother but so is Vitamin C, B, D, E and Iron.  A deficiency, though, in Vitamin K as per Dr. Mercola can show up more specifically as:

We believe that there are safer, non-invasive and more effective ways to preventing VKDB in an infant.  With any supplement, it is important to note that we are all individuals, “Little Maverick” may not need the same amount of vitamin K as “Little Meadow.”  The amount injected at birth by the allopaths is twenty thousand (20,000) times more than what the newborn’s typical levels are!

You might want to read that last line again.  The paradox continues as conventional medicine constantly warns against the toxic effect of megadosing with synthetic vitamins and yet, it is conferring precisely what it preaches against on a babe just hours old in it’s most fragile state of being.

Another thing that isn’t mentioned, unless you read the package insert on the vaccine, is that the Vitamin K shot contains aluminum.  You probably know that aluminum is a known neurotoxin linked to Alzheimer’s, Autism and very severe gut dysbiosis including constipation.  You can also add to this toxic cocktail a heavy load of preservatives such as polysorbate 80 (aka Tween 80 with it’s estrogen effects that keeps a population sweet, subdued and emasculated) and propylene glycol which you can also use to fill your car with window washer fluid as it is the same thing.

In fact, my own son Jordan, was hospitalized 7 times for chronic constipation so severe that he was given dozens of milk and molasses enemas and even once put under general anesthetic for impacted stool so severe, they had to dig it out of him manually.  He screamed with severe gut pains for 4.5 years, would not eat, with significant black circles under his eyes and a profoundly distended gut.  The head of gastroenterology at the Children’s Hospital suggested putting him on Lansoyl, a stool softener, “as some boys just seem to suffer like this.”  I invited him to come and live our nightmare in our home for a week.

Aluminum poisoning as it relates to constipation appears like this:

Hard, infrequent and scanty stool with obstruction of the abdomen. The pain is up higher in the intestines and when the stool is finally emitted, it is covered in mucus/slimy matter and looks like small stems of pipe. The person will generally continue to suffer cramping and discomfort even while emitting the stool.

As explained by Dr. Natasha Campbell-McBride, the introduction of toxins in combination with poor gut flora (which is a problem that affects a gr 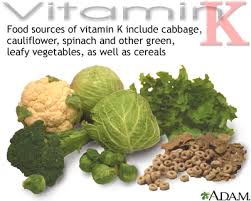 eat number of infants born these days) can lead to developmental problems. It doesn’t matter where these toxins come from—ideally, you’d want to avoid exposing your infant to any.

It is important to note that infants naturally and universally are born with low levels of vitamin K in their bodies.  Isn’t it right to assume that “The Wisdom” (with a capital “W”) buried innately in us, the most profoundly advanced organism on the planet, might just be intended to arrive this way?  We don’t seem to be short on any other luggage when we arrive at the gate of birth!

The truth is that we don’t wholly know. But is that grounds for shoving a needle into a baby’s foot and administering a substance not know for it’s efficacy with 20,000 more units than God himself put under our manifold?!  Especially when the odds are so low that VKDB could happen to your child and that healthy sources of Vitamin K can safely be provided to Mom during pregnancy.

Those at risk of Vitamin K Deficiency as per “Mommypotamus” are thought to be:

Other factors are preterm delivery, low birth weight, and possibly traumatic delivery. Antibiotics given to a newborn may also affect their ability to generate Vitamin K2 within their digestive tract.

Dr. Mercola cites that Synthetic Vitamin K Injection Is Not Risk-Free as Claimed:

“As noted in a 2001 article in Pediatric Pharmacotherapy, the standard practice in the US is to administer an intra-muscular injection of 0.5-1 milligram (mg) of phytonadione within one hour of birth. Phytonadione is a fat-soluble synthetic vitamin K1 analog.

Ironically, the phytonadione drug insert warns that it can cause severe, sometimes fatal, allergic reactions when injected into a muscle or vein, and is ideally taken by mouth or injected under the skin. Signs of an allergic reaction include hives, trouble breathing, swelling of the face, lips, tongue, or throat.

One recent PLOS ONE study looking into this issue found that allergic reactions appear to be linked to the preservatives in the vitamin K1 injection:

Even more ironic, pregnant women are warned that it is not known whether taking phytonadione might harm their baby if taken during pregnancy or while breast feeding. The recommended daily allowance (RDA) for infants 0-6 months is 2 micrograms (mcg) per day, so they are receiving a dose that is 5,000 times the RDA.

The RDA for adult women is 90 mcg/day. If you’re an adult suffering minor bleeding due to warfarin use, a one-time dose of 2.5-5 mg is recommended. If an adult overdoses on phytonadione, they’re advised to call Poison Control. And yet newborn babies are given a 1 mg injection whether they in need of it or not. This is a highly irrational approach anyway you look at it. It’s simply not supported by the science in any way shape or form.”

So why is it cited that Mom’s who breastfeed may be at higher risk for Vitamin K deficiency?  Mommypotamus does a great job describing why this is:

“But WHY is breast milk low in Vitamin K, and is this true for ALL women?

Ahhh, that’s where things get interesting. When Dr. Weston A. Price studied the diets of traditional cultures, he discovered what he called “Activator X,” which was found in the special foods “given to pregnant and lactating women, as well as to the maturing boys and girls, in preparation for future parenthood. Dr. Price found these foods to be ver 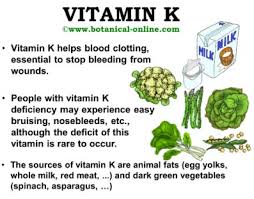 y rich in fat soluble vitamins A, vitamin D and Activator X —nutrients found only in animal fats.” After 60+ years of searching, it was discovered that “Activator X” is Vitamin K2.

Interestingly, “When Dr. Price analyzed the foods used by isolated primitive peoples he found that they provided at least four times the calcium and other minerals, and at least TEN times the fat-soluble vitamins from animal foods such as butter, fish eggs, shellfish and organ meats.”  In other words, their Vitamin K intake was probably at least ten times higher than ours. Given how much the modern diet has eroded, it’s probably more now.

Why did these cultures emphasize dietary K2 during pre-pregnancy, pregnancy, and breastfeeding? There are probably a lot of reasons, but one of them may have been its effect on VKDB.

How can you up your natural sources of Vitamin K?  Eat a varied, organic, whole and 80% raw diet making sure that you get lots of good fats that are resonant to you blood type (See Dr. D’Adamo’s Book, “Eat Right For Your Type”) and eat lots of greens.  Here’s a list of vegetables and fruits that are high in Vitamin K as per “Healthalisciousness” by percentage per tablespoon:

So even before you conceive that brand new baby of yours, do your due diligence on issues of vaccination.  It is critical that you are properly apprised of the risks and that you prepare your body to carry and deliver a baby as health as she/he can be.  Your decisions, now, can affect the health of another human being for the whole of their lives.