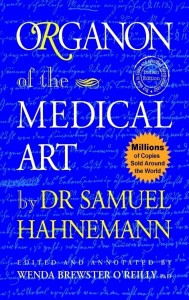 The 6th edition is the bible for Heilkunst Medicine. Dr. Hahnemann clearly laid down the tenants for curative medicine in the pages of his “Organon der Heilkunst” here.
However, you might be very surprised at how many homeopaths have actually never read it. It’s not even on the curriculum at many colleges! We know because many individuals coming from other institutions cited never seeing a copy of it until they studied at the Hahnemann College for Heilkunst.
Secondary texts, or even other editions, are watered down versions with mis-translations key to understanding this curative art. Steven Decker, scholar par excellence of 200 year old German from the Romantic Period, went back and re-translated every word and concept fresh.
Decker and Wenda Brewster O’Reilly illuminated much of Hahnemann’s true intentions. For example, Hahnemann never said, “One remedy per person,” in fact he said, “One remedy per disease” which changes the game entirely. This edition has become the blueprint for healing and curing, both art and science for us Heilkünstlers.
You can see Decker’s translated interlinear version on EBookMall, if you like. You can also then study his rational with regards to every word/concept painstakingly converted from the old German to modern English, with all the inherent meaning finally intact. In itself, it is a work of art.
Humanity finally has this dynamic, spirited piece of knowledge as the foundational underpinnings for addressing chronic disease. There is not an ounce of ambiguity contained within it’s pages. It will further cement for you that “homeopathy” is a principle, not a system of medicine which is a tenant of the whole of this medical art. 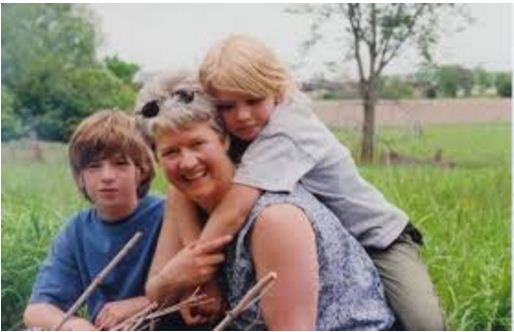 I was not a conventional parent. I actually never once corrected my children’s spelling or pronunciation or reading unless they asked me to. I did read aloud constantly in the evenings, played music or sang, though, and if they were interested, they’d choose to engage by listening, participating, or asking questions. I would engage with activities that I loved and then often they would just join in. I left it entirely to their volition. I did not want to be a false authority in their lives; however, I did display my own profound love for literature, art, music, science and nature.

I felt that just because I gave birth to them did not give me the right to lord some nefarious sense of seniority over them. I also never counselled them to say thank you or treat others with respect. It actually never became necessary to do so. They just naturally treated others the way that I did. I took my personal accountability to my children very seriously. The golden rule was my ‘Modus Operandi’ (MO). I knew enough from my studies in human behavior that the gestures I used in treating others would form the ethical center in my children. 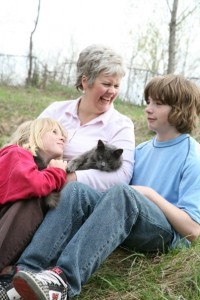 When my kids were small, we hosted older children from around the world. At the time, I was doing a four year medical degree, was a single mom, and I needed the monthly allowance paid from the organization that sponsored these foreign students in a significant way. It also meant that I had another pair of eyes and loving hands in the home if I needed to run to the store or drop a child off for swimming lessons. It was a win-win situation.

We had a beautiful young girl from Madrid live with us for the summer. Her mother had been killed in a bombing in the Madrid subway. We loved on her … a lot!  She became part of our family and she adored my son and daughter. I still have images of them playing with Rachel in the water at the beach while I reveled in their joyful antics.

We also hosted a more challenging senior student from Varacruz, Mexico, who chose to smoke in the house during the minus 30 degree winter after I’d asked her several times not to. She also came home hours past the organization’s set curfew on weeknights. Despite this, we looked after her, fed her, loved on her, and learned all about her home, how to make molé poblano, and how to say phrases in Spanish while she lived with us.

When my children were older, I launched a program called “Camp on The Farm” at our home. We had other homeschooled kids, Montessori children, and Waldorf children come for several weeks to join my children in the hay mow, hanging out in the fields and 200 acres of wooded trails just below our property. It was a paradise! The camp attendees got to spend time with the ducks, chickens, sheep, rabbits, turtle, cats, dog, and horses. Even if it rained, we had a 7,000 square foot barn full of hay to play in. We had a summer kitchen full of crafts, including beads, paints, paper, and coloured pencils for use during more quiet afternoons while littler ones were napping. My children were our farm’s ambassadors. I bought all the supplies and my children were cared for by counsellors at little cost to me, while I was serving patients in clinic and working on my postgraduate thesis.

When they were even older, I was hired as the Medic for another kids’ camp. My kids got to come along at a significantly reduced cost. The children of this camp were the kids of LGBTQ families. Kids of gay parents are not a shred different than my kids, as they all loved the same things; swimming, hiking, doing crafts, and roasting marshmallows over the fire. My children did learn compassion for those children, though, when they discussed their challenges at school due to bullying, coming from homes with two moms or two dads.

Incidentally my kids’ godmothers have been together for over 20 years. We lived with them for a year on their farm when we moved to a different province. They’re probably still closer to them than even to their own extended family. My friend of 30 years can fix just about anything, build a shed, make a soup to curl your toes, milk a goat with her eyes closed, and is the go-to person if a goat kid is sick on the peninsula she lives on. 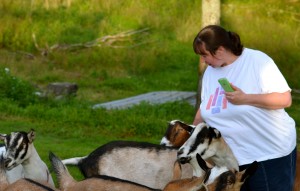 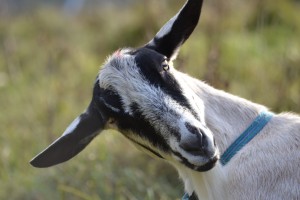 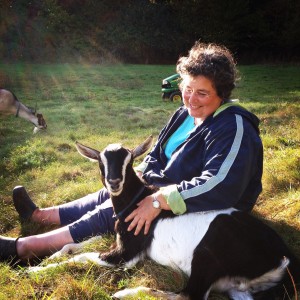 When my children were in their later teens, they chose to educate themselves entirely out of their own volition. They chose 3 major avenues of study and I supplied their well-versed and loving mentors, as well as purchasing the supplies for these streams of exploration. I was available for any queries or challenges that came up for them and to supply a lot of food in the fridge when they were hungry. As teens, they’d sleep in until noon just about every day, wake up and eat their fill! The astral phase of development requires a lot of sleep, rest, and reflection. Later, they’d respectfully ask for the keys to the car to go to their riding, trampoline, or parkour sessions. I trusted them implicitly. I still do.

My son was worried at one point about being “school” educated and so he enrolled for grade 10 at the local high school. He not only maintained a 99% average all year, he was tutoring most of the other kids in his class. He suddenly realized one day, that he was not earning his teacher’s salary or even getting “dental benefits” (his words) and so he quit less than a year later thinking the whole system inane. He cited that school was a complete waste of time for him and that he learned much more on his own. 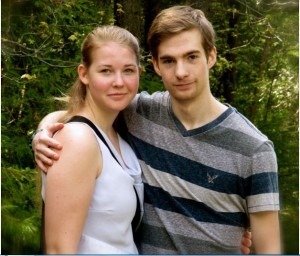 My daughter, at 16, chose to go to Art College for a year. She, nervously, had to write an entrance exam in order to get in. After 48 hours of study, she wrote two days in 2 hour sessions each. The guidance counselor let her know that she’d aced the test with perfect scores in all areas of English, Math, and Science.

At 18 my daughter has been working to train Olympic level horses. She is an artist, calligrapher, avid reader, and musician at heart. She is still unfolding herself, looking for that perfect form for her ultimate fulfillment. She plans on studying veterinary sciences in the not too distant future. I’ve been told myriads of times how amazing my daughter is, not just with horses, but with her peers and the other children learning to ride at this caliber.

At 21, my son is a trampoline acrobat, instructor, and runs a staff of 20 at a facility in another province where he moved to work. My cousin’s daughter attended a birthday party at the facility one day last year. She did not know my son since she was still a toddler when they’d met prior. That night she told her dad that she’d met this “amazing guy” at the local trampoline facility that day. She said, “He bent down to look at me in the eyes when we were talking. He helped me to use the trampoline safely, and you could tell he really loved what he does. Unlike the others there,  he took the time when I asked how to do the front flip he was doing when I got there. I don’t know how to explain it, but he’s not like anyone that I ever met before.”  Her father asked his name and she replied, “Jordan”. 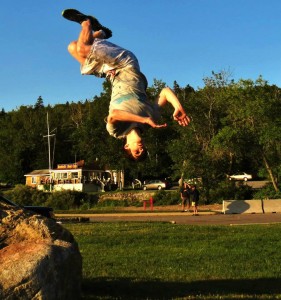 Needless to say, I was often unsure of myself. I didn’t know too many other parents, at the time, who parented this way. I received a lot of criticism from their father, his family, and the community we lived in for even homeschooling them.

No one ever asked me why I parented them this way, or allowed them their head and the reins, with regards to their education. It is fair to say that I protected my children like a mother bear sure of one thing; if I had gone about raising them any other way, my ethical centre and MO would have pulled me up short. Also, they would have tortured me in retaliation. I knew that strict parents just create sneaky children. My  profound love for them just couldn’t look or feel any other way. I was riding the impulse of inspiration. I treated them the way I wanted to be treated. I gave into my instincts, said fuck it to the societal constraints. I don’t have one ounce of regret! My children are entirely self-governing, resourceful, deep-thinking, creative, loving, and healthy.  I’m so proud to be their mom.

After being cured from the cancer miasms using Heilkunst Principles, I made it my vow not to rescue others to the exclusion of myself and perpetuate children with the same cancer state of mind that I’d suffered with. I was also determined not to become a false authority for my children or others. I knew that love of self, acts of self-exploration through autonomy, creativity, and individuality were part of the “anti-cancer” state of mind.

My postgrad thesis yielded a book entitled, Unfolding The Essential Self: From Rage to Orgastic Potency. Which describes the research that enabled me to fully become my essential self after discharging my rage at the suppressive workings of 2,000 years of patriarchy. This book comes with a bibliography full of resources for those wishing to live out of the same principles.

Jordan has other reasons for being so remarkable that you, dear reader, may not know of. Hundreds of patients have been cured of their own diseases since he brought me to this system of medicine. You can listen to Jordan’s and my story for yourself for FREE here.