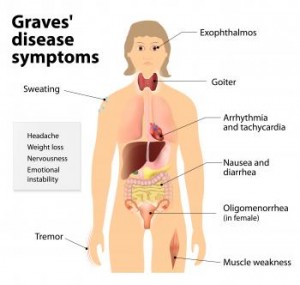 I wanted to share this because “alternative” therapies are never given the respect that they deserve.
Back in December of 2015, I was diagnosed with an auto-immune and “incurable” condition,Grave’s disease, which affects the thyroid with pretty debilitating symptoms, including chronic fatigue (which led to muscle weakness), insomnia, heart palpitations, night sweats, irritability, radical and drastic internal temperature changes, shaking/tremors in my hands to the point where I could not hold up a fork to feed myself, or hold a pen to sign my name, menstrual hemorrhaging (which led to anemia, low iron and hemoglobin levels, and low energy levels), memory blanks, depression, and itchy skin. Instead of losing weight, which usually happens with Grave’s, I gained 25lbs. in a matter of a few weeks, which in rare cases, happens.
I was hesitant to try traditional meds because the side-effects were too damaging to the liver, without any guarantee that they would work. Plus, I would only be able to take those for up to 2 years max, due to their high toxicity. However, I promised my doctor that I would take them as prescribed.
I’m also a firm believer in attacking the “source” vs. the symptoms, and decided to complement traditional medicine with naturopathic supplements (for symptoms), as well as, homeopathic medicine to get to the source, even if their effects took longer. So, I started naturopathic and homeopathic treatment in December 2015 and conventional medication in February 2016. I also decreased my stress levels to zero and tried to exercise by walking every day, despite the chronic fatigue. By March, I was able to resume my full-time working hours.
After only one month of conventional treatment, I was symptom-free and the doctor had to cut the dose in half because my thyroid levels were on the low side of normal. A month later, they were still normal, so I only had to take them 2x/week and in June, I should be in remission.
The doctor, who was shocked at the results, said, “I hope you don’t think your alternative fluff had anything to do with it”, but considering that none of the healthcare practitioners has ever seen a Grave’s case go into remission in such a short period of time, I know it had everything to do with it. The naturopath actually said, “What I usually see is thyroids being removed in most cases”. 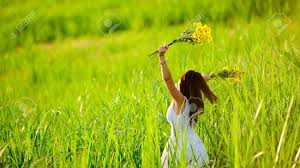 Also, as a side-effect from the homeopathy, I haven’t had to take one single anti-histamine this Spring, after suffering from severe seasonal allergies since my teens. The barometric pressure headaches, which I used to get every time it rained and were as painful as migraines, also decreased to a mild feeling of pressure and completely pain-free.
I’m elated! Thank you, Allyson! I love having you as part of my healthcare team!
Gaby C., Toronto, Canada.
Tagged on: Allergies, Graves Disease, Heilkunst, Homeopathy, Naturopathy, photos

One thought on “Graves Disease Resolution … a Success Story”