“All photographs in this article were taken at Skookum Adventures (www.wildskook.com) and are © Allyson McQuinn”

Jeff and I were exhausted. We’d traveled by car from Quebec City to Kimberley, BC in about three weeks, stopping to serve patients three or four days each week. We love our digital nomad life, but we’d overextended ourselves and needed a break. We had a four day weekend coming up, but everything in the way of campgrounds and cabins were booked to the teeth, and folks at the information kiosks were shrugging their shoulders at us … a lot!

Jeff got onto Airbnb and found us a remote, off-grid, solar powered, Thoreau-like cabin with a wood stove and candles. I teared up when he told me, as I imagined a rest like none other. We packed up the car early Friday morning with our suitcases, charged iPads to be able to both read and write, along with our four boxes of whole foods and drove the thirty minutes north to Skookumchuck, BC.

It’s my dream to eventually build on our two acre property in New Brunswick so this was not only going to be four days of rest, but also a living research opportunity and I was really excited. Our host Adam, and his wife Laurie, run Skookum Adventures and will take you river rafting and also show you where the free natural hot springs are nearby if you like, but I wanted to mostly explore their off-grid paradise and what went into its design.

We got a tour of the natural swimming pond, artesian well, full of mineralized water bubbling out of the ground, the heirloom fruit and vegetable garden, the outdoor shower, and the bus converted kitchen where a woman had formerly raised her three kids by travelling around the interior of BC. The ten minute walk to the creek yielded a waterfall and natural beach where I experienced brain freeze just from wading in up to my hips.

We chatted loudly on the way there and back as the Elk, Moose and Bear scat (both Black Bears and Grizzlies!) liberally peppered the trail. I was not used to seeing the bones of such big game littered at our feet and I picked up the rib bone of what may have been a large deer and pretended to pick my teeth with it. The balsam smell in that forest was so potent, I felt like I was being air-soaked in the essential oil. It was primal, overwhelming and Divine!

I grew up in the suburbs of Montreal and Ottawa in homes that were constructed by large corporations. The melamine kitchens of the 60’s and 70’s with off-gassing particle board and fiberglass pink insulation was the thing of the day. Efficiency was key to house all these baby boomers born in the forties now raising their families en masse in neighborhoods salted with primary, elementary and a high schools all within walking distance.

It was a pre-fab 2 X 4 world, the Tupperware generation where the milk man and his glass bottles of whole milk with the cream on top was politely discontinued in favor of Instant Carnation skimmed milk, Sheriff Instant Mash Potatoes, Jello and anything Kraft suggested to help out a busy stenographer, teacher or stay at home mom. Avon and coffee parties were popular with women hosting afternoon gatherings with strange fits of giggles when the sherry made it out of the liquor cabinet in the middle of the afternoon. The men were all ensconced in their post-industrial offices making more pre-fab stuff for us all to consume. It was all Andy of Mayberry and “Leave It to Beaver” until “Bewitched” came along.

In the 90’s I jumped right on the band-wagon, emulating my parents by buying a house in the suburbs and shopping at the local grocery store without a thought about what I was creating. I’d pushed the default button on my karmic pursuits, mimicking their pensioned employment, abandoning both my home and kids during the day to work in airless cubicles to put in my thirty years of service. Somehow it felt demoralizing, but I couldn’t for the life of me figure out what to do about it.

Until … my son started spiraling into the autism spectrum after the pre-fab MMR shots and my own health started to plummet fiercely as I tried to save him. The guilt I suffered from having caused him harm, just about took me out with a tumor in my left breast larger than a PGA circuit golf ball. What I didn’t realize is that my allopathic, one size fits all life, was coming to a conscious end. False authority does not individualize its dose OR its potency.

When I came to Heilkunst principles to solve my son’s and my own ills, it was the first time that I was treated as an individual. The system of medicine was qualified to me and our specific issues. I recall wondering if I deserved to be treated in such a way as the medicines were tailor made to our individual physical symptoms and mental sufferings. Also, it was totally natural, systematic, principled and couldn’t cause us an ounce of harm. At first, I thought it was all too good to be true as Jordan started making eye contact, using the toilet and speaking in sentences for the first time at four and a half years of age. He began to thrive and so did I.

Jordan came out of the spectrum and I began writing poetry, prose and stories for magazines. I was also asked to speak at homeopathic conferences with hundreds of people. I was beginning to embrace a life that spoke to deep inner goals and desires that I never even knew I had. My creativity burbled up from a fountain that was self-sustaining and rejuvenating. I began to paint and also take pictures with the heart of an artist. Instead of pouring my exhausted body into bed at night, I was staying up late full of enthusiasm editing pictures or writing into the night.

Fast forward to the present and I realize that my health and well-being can’t do an ounce of pre-fab. I want to grow my own heritage vegetables year-round that I plan to start in my own greenhouse dug down two feet below the frost line. I want to design my own home with mortise and tenon joints with breathable, natural walls. I want to learn to build it myself. I imagine the windows so deep that I can sit for hours surrounded by light with a desk that lives on my lap so I can lounge while also researching and writing. I want to bathe under the stars, with the fresh air on my skin, in a tub that is fired by natural wood. I want to heat my home naturally with solar, wind and wood.

Jeff and I slept twelve hours that first night in that reclaimed “Warden’s Cabin” with the dying embers of the wood stove blinking red through the crevice of the cast iron door. I cried myself to sleep out of gratitude. The next morning I awoke to the scent of someone cooking bacon in the common kitchen across the field. I grabbed my bathing suit to head for the natural pond for a late morning swim and to listen to the birds calling in the Tamarack Pines as the osprey dove and ducked on the up and downdrafts in our temporary rented valley.

I heard a loon call off in the distance on a neighboring lake which caused me to smile with my whole body. I had a busy day ahead, sitting in a comfy lawn chair in the sun, reading after some local lamb sausage and eggs for breakfast with a side of blueberries with clotted Devonshire cream. Rather than just sustain myself, I’m on a right rippin’ trajectory of nothing but rejuvenation from here on in. A custom tailored kind of natural life with those I love intimately in my midst to help stoke the fire of my creativity. Eventually, I’ll be homeward bound full of custom-made ideas!

Images below from our four day sojourn taken by me: 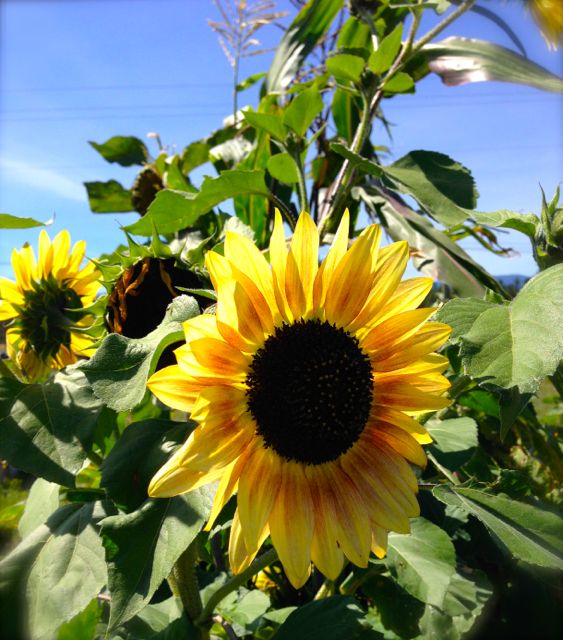 Sunflowers at the honor system ranch where you could pick out your own veggies and put the money owed in a big tool box. 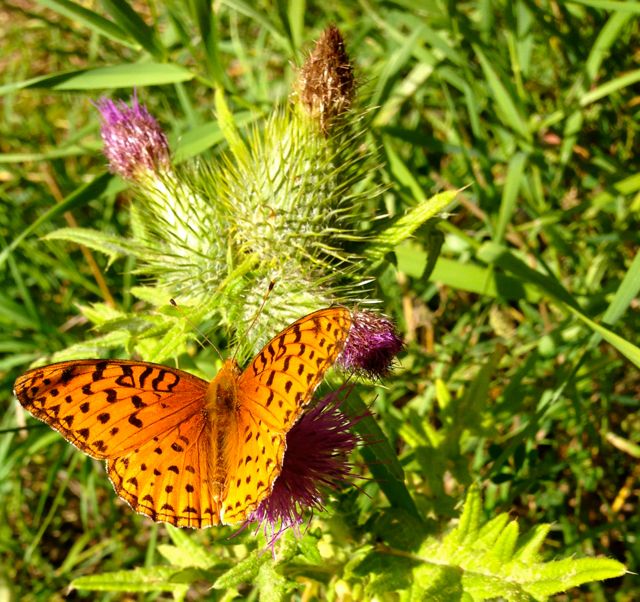 Taken with my iPhone right next to our cabin 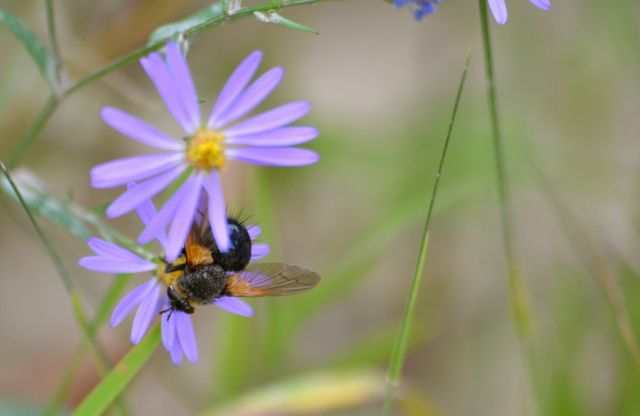 Bees have hairy wee bottoms in these parts … who knew?! 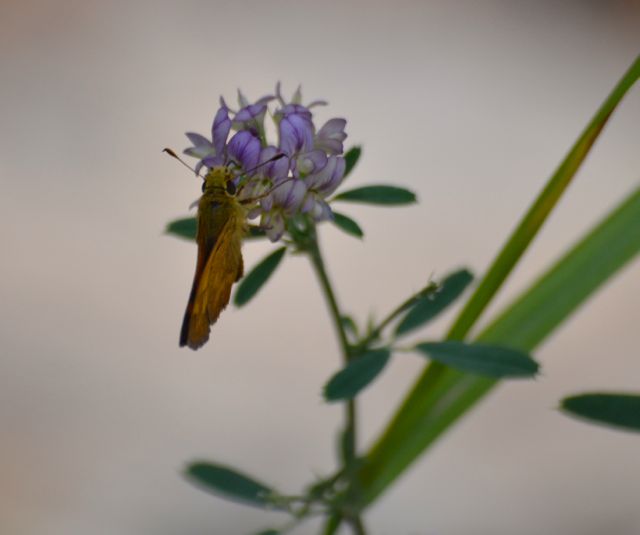 When I’m this well rested, I can capture the antenna on a moth without shaking my foot-long macro lens 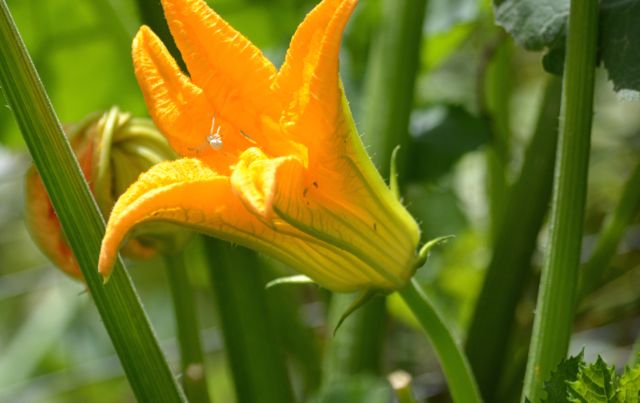 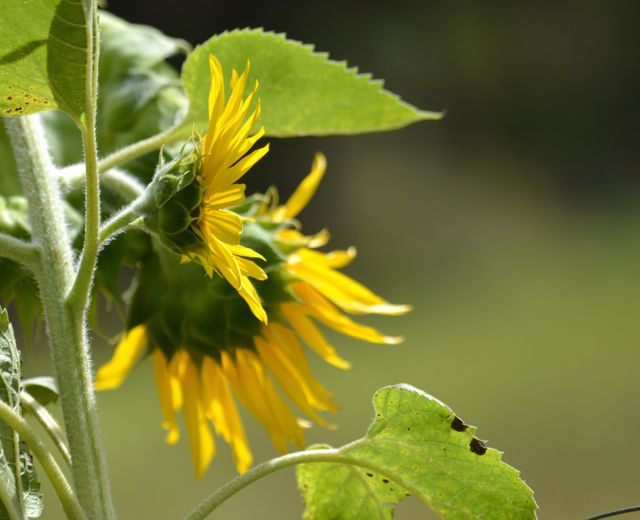 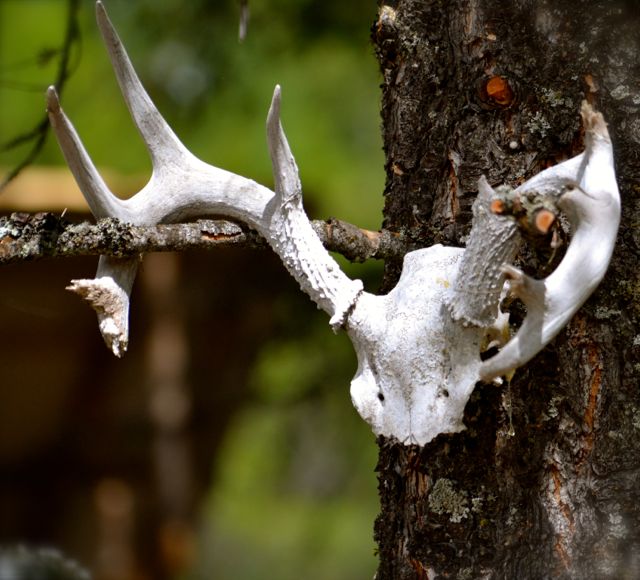 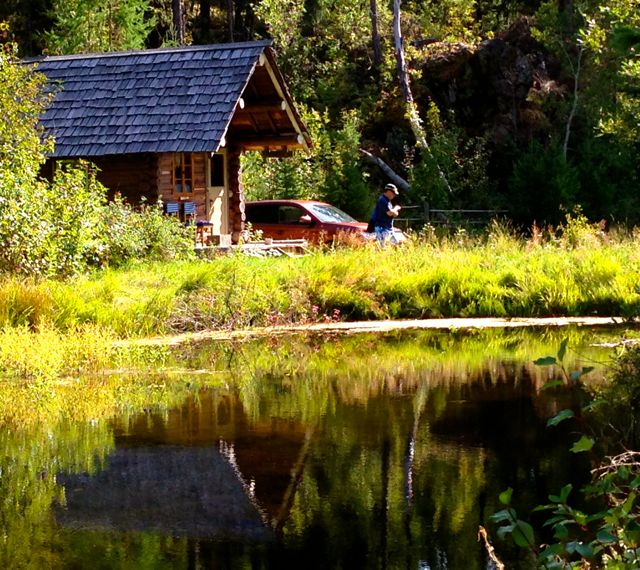 Shades of On Walden’s Pond

Below: The gravity fed outdoor shower that if you went too early, would have you screeching before the water warmed up. 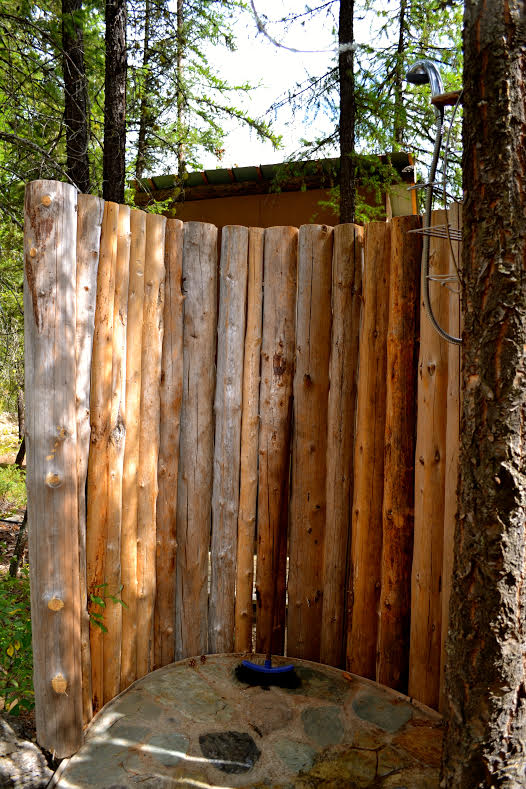 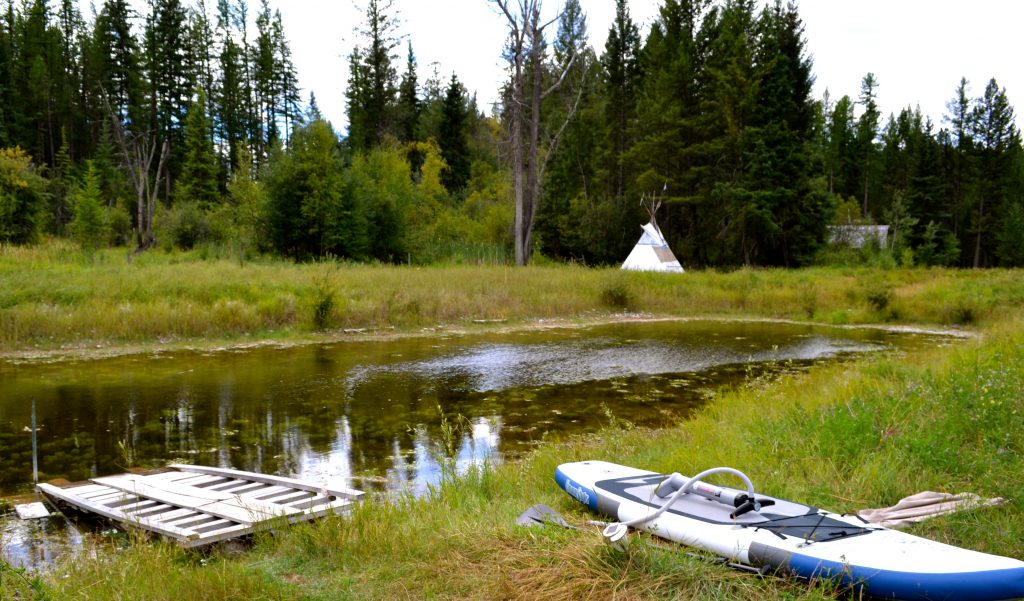 Paddleboard anyone … if you don’t mind the weeds, you can swim in the natural pond or rent the teepee for $20 per night Canadian. 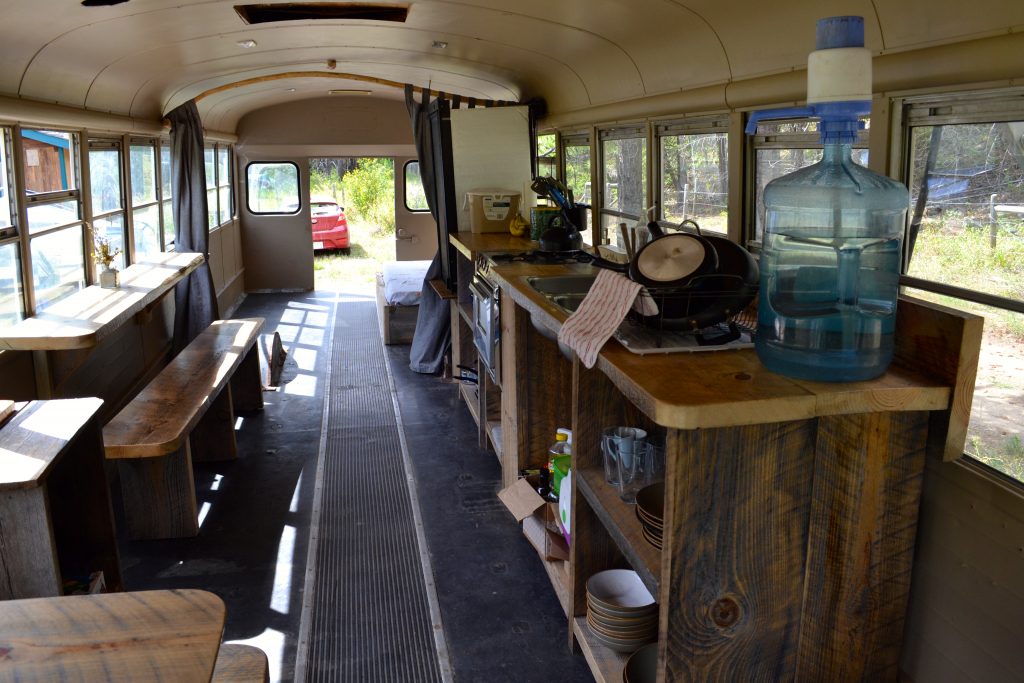 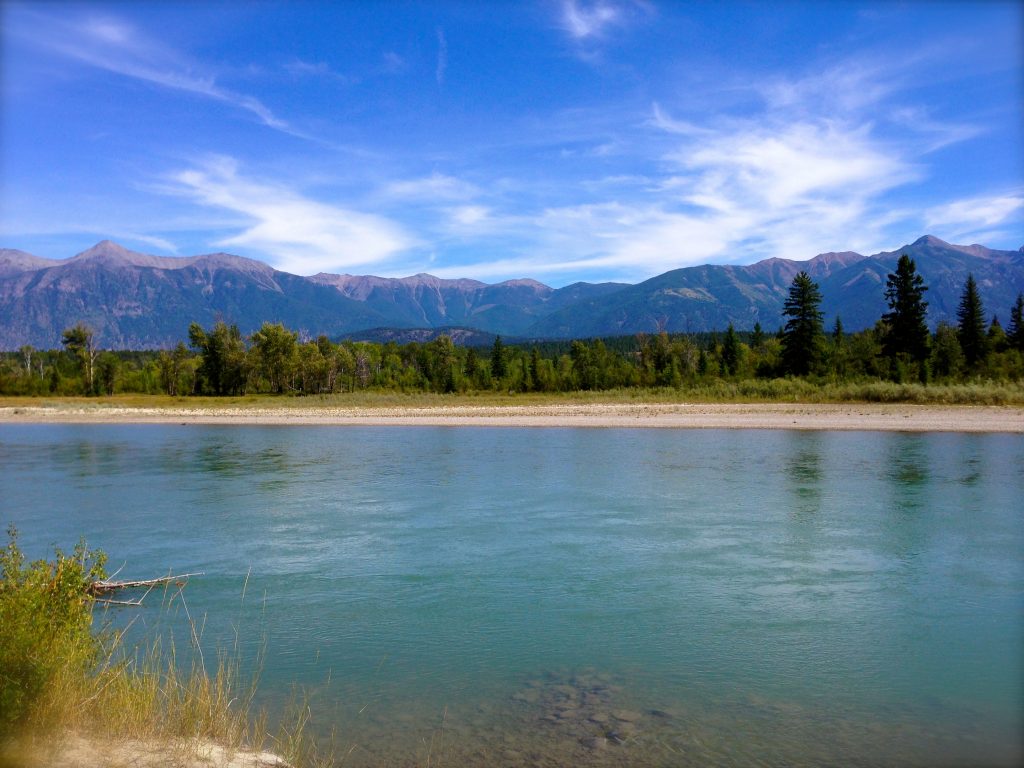 Sandwiched between The Rockies shown here and The Purcell Mountains. Heaven! 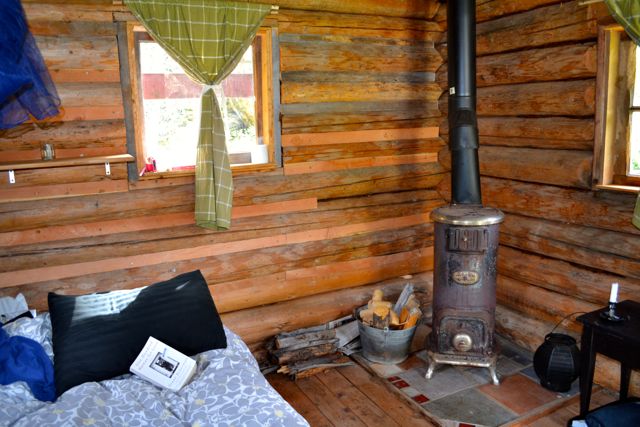 Our Warden’s Cabin for four days with horse hair between the chinks. It was bought for $75 off Craigslist! Are you kidding me?!