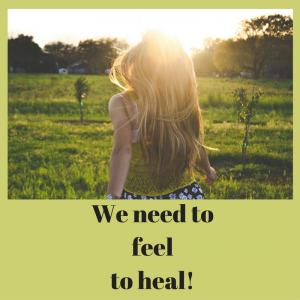 Consciousness of feelings sparks the desire to heal. First, we have to identify that we don’t like certain feelings before we can change them. Perhaps you have an inclination to feel perpetual fear that keeps you from engaging in an activity, or sadness that makes you think that maybe you’re depressed. Maybe you’re feeling guilt just like your mother did or you find yourself flying off the handle with a primal anger that startles you.

Much of these feelings are provoked over time from thwarted desires. Many of them are anchored in unresolved childhood trauma. If we can get to you soon enough and apply Heilkunst principles, we can reverse and re-engineer the feeling before it becomes an engendered disease with both physical and mental symptoms. It is so much easier to reverse a disease matrix when it’s still simply a feeling (think of the relative ease of preventing a preganancy before conception compared to after).

When we apply the law of cure, like cures like, the patient gets to experience, on the emotional level (and physical too) the backing out process. This means that she will revisit the reasons that she contracted with the state of mind (thwarted desire) in the first place before it became a chronic physical or mental manifestation of the disease matrix.

All disease starts in the mind and can be traced back to a frustrated desire (external) versus “wrongly formulated or misguided desires due to illusion, delusion, belief, etc.” (internal). You can study Messages From the Body by Michael J. Lincoln or The Healing Power of Illness by Thorwald Dethlefsen if you want to know more on what symptom corresponds to what state of mind.

If a negative feeling or belief is around long enough, it will engender a disease matrix that spawns symptoms. By then harnessing the law of cure (‘homeopathic’ means ‘similar suffering’ from the Greek) will become necessary. It will not be cured until then. So many folks try to take sufficient vitamins, eat the right foods, exercise, go to talk therapy or use essential oils for example, which are great for sustaining health when you’ve already got it, but for an engendered disease the only law of cure is like cures like.

The healing phase occurs as part of the secondary action following the cure. It is a natural byproduct that occurs from the process of having addressed the underlying cause on the law of cure. The original thwarted desire can suddenly, and easily, become a realized reality. We, luckily, get to see this resolution with our patients and also in ourselves. As a result, the physical symptoms no longer have an etiology to anchor to, and will dissipate, as the cause has been removed; the lifeforce unblocked.

All chronic symptoms have a functional relationship to “the feeling.” Once this root cause is wholly addressed, lawfully, then the healing can begin, but not before. Otherwise you’ll hear the patient say that he “feels stuck” or that she just can’t “move forward”.

If caught before the point of engenderment of a disease (think pregnancy again), then it’s simply a matter of “changing your mind” and reverse engineering those thoughts. However, if the feeling has spawned a root system (think placenta), with the accompanying chronic symptoms, there is only one law of cure, like cures like, if you want to address it to its very essence.

You need to feel in order to heal, and then by applying the correct principle(s) to properly address the nature of your suffering outright you extract it by the roots (the traumatic timeline and the Genetic Miasms). If you think about it, simply trying to change your mind or throw supplements at it (the law of opposites is only healative), it won’t change the fact that you’re still ‘pregnant’ with the diseased feelings running amok.

Jeff Korentayer and I (Allyson McQuinn) have almost 20 years of study and practice discerning the difference  between “feeling” and “emotion” (or “feeling” and “feelings”), as well as “objective” versus “subjective” feeling. Basically, we diagnose through your feelings into the singular, underlying feeling, isolating the deeper emotional blockages that you may be able to verbalize, or not. Your symptoms tell a whole story, and not just physically, that we can isolate through “objective” feeling.

You say that you suffer headaches over the eyes, sinusitis, difficulty getting to sleep at night and a desire to be alone. You despise when folks try to console you as it makes you feel more irritated than better. We notice on your timeline that you’ve never felt well since a series of break-ups which followed the death of someone close to you.

Even though you’ve described a number of emotions and symptoms, the objective feeling is one of unresolved grief. The homeopathic remedy to address the underlying cause for all of these feelings, functions and sensations is Natrum Muriaticum. The thwarted desire has to do with feeling blocked from realizing resonant love and fears associated with one’s limited mortality.

While this is a very simplified example, my hope is that you get the idea of how feeling the feelings is the first phase in setting your GPS “to heal.”  Once you’ve identified that you no longer want to feel this way, that you need help to unblock where you feel stuck, we can peel your onion of thwarted desires using curative principles, the Heilkunst approach, and help you to get on with fully actualizing your essential self, enabling you to realize all your goals and dreams. 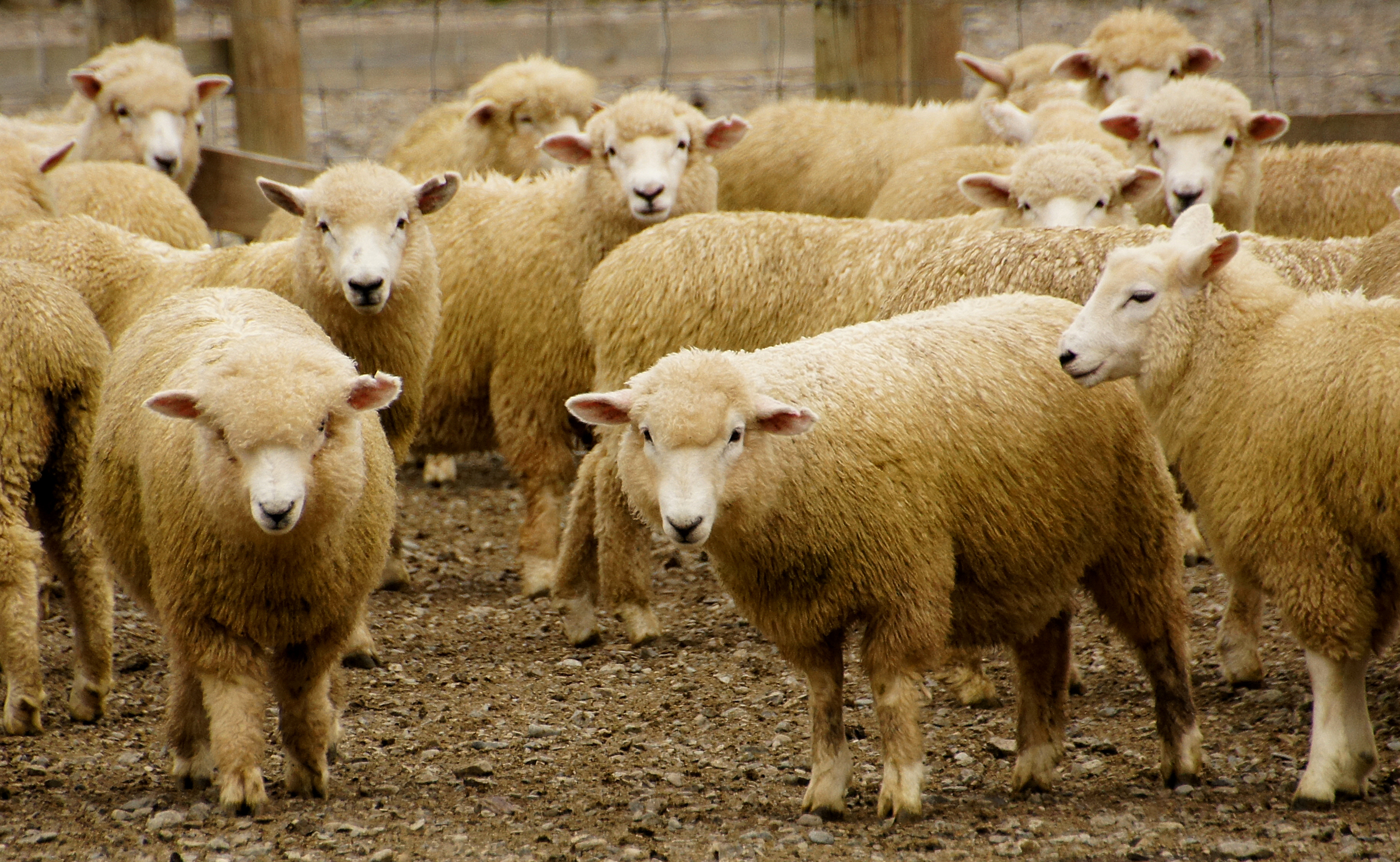 “Waiting for the shearer.” by Bernard Spragg. NZ https://flic.kr/p/jJWnDR

Click on this link to read the full article from Collective Evolution
“If you’re looking to become a conscious consumer, first consider where your food comes from. Ideally, for our health, and to improve social and environmental impact, we would choose to minimize, or even eliminate highly processed foods from our diet. However, many are at the beginning of their food journey, and so for them I suggest that they at least begin to consider what food companies they are supporting, and take a look into their practices. Nestle is a hot topic right now, and for good reason. If you are feeling drawn to boycotting them for their practices, take a look all of their subcompanies as well. Put into a visual diagram like this, we can really begin to see how food industry controls much of what we eat (if you are eating processed foods). This is why if you want to have choice over what you consume, you need to do your research. Then, spend some time at the farmer’s market and begin talking to your local producers.” ~ Sara Dubeau, DMH, DHHP 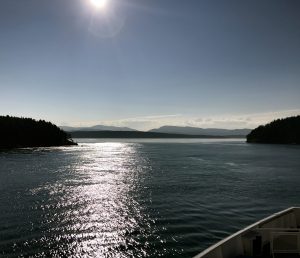 Yesterday, we landed in Victoria BC for the month of October. We crossed from Vancouver by ferry (across the Juan de Fuca strait) to this gorgeous rainforest island with tropical trees, rocky beaches and great hiking mountains. I may be in heaven!
After we unpacked at the nicest Airbnb we’ve ever stayed at (think fully stocked kitchen and a hot tub too), with the loveliest of hosts (a Sulphur and Calc. which was like looking in a mirror), we headed out to find the local healthfood store for our week’s nourishment.  We traveled about twelve minutes down the Trans-Canada Highway (which we’d taken pretty much from Cape Spear, NFLD all the way to Tofino, BC) to a highly rated healthfood store for our more specific needs.
As an “O” (Jeff) and “B” (Ally) blood types we’re seeking none GMO’d, non-anti-biotic, ethically raised wild game. Jeff found us a health food store that carried lots of Bison! Bison bacon, ground meat, and even jerky for our hikes. We also picked up some organic eggs, some non-grain lamb sausage, more almonds, some more organic tea (it’s getting chilly here this Fall), and chocolate with no added sweetener (and no, it’s not bitter!)
As we engaged with the salesperson, we asked her where we might get our organic vegetables and she suggested Dan’s Farm. So we pulled up our GPS and headed out of town for the 20 minute drive where the Redwoods are wider than both of us with our arms stretched out!
When we arrived, the phenomenal offerings spilled from the front of the store. Fresh, organic produce from Dan’s fields. We filled our basket with 3 types of kale, squashes, purple cabbage, fresh ginger, beets, pickling cucumber, dill, garlic (they had 6 different kinds!), baby greens for salad and a locally raised leg of lamb. We don’t eat any grains of any kind so our grocery bill doesn’t include bread, rice or much of anything found on the inside isles of a grocery store.
When we got home, I was feeling so excited by our finds that I fermented the baby cucumbers in salt brine with garlic, dill and some spices I carry with us. I cut all the kale with scissors into a bowl, tossed the leaves with organic olive oil and Himalayan salt and roasted it for an hour in an oven at 225 degrees, for about 90 minutes. 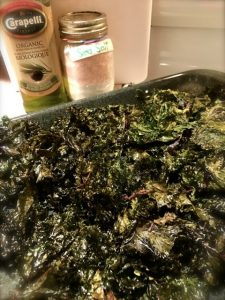 I also shaved the red cabbage, beet, ginger and garlic, mushed it tightly into mason jars and added salt brine (2 tablespoons per litre) and jammed on the lids. I sit my ferments in a pan with sides knowing that when I burp them of the off-gassing CO2 each morning, they will spit a bit of liquid over the sides. I keep them on a counter, away from the heat of the stove, windows or other ferments like kefir or kombucha as they will cross-infect each other and muck up the process. Similar to other ferments, you wouldn’t put beer in with red wine or champagne either! 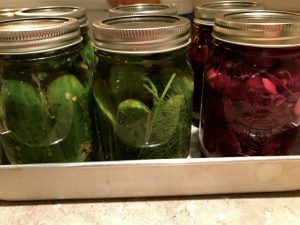 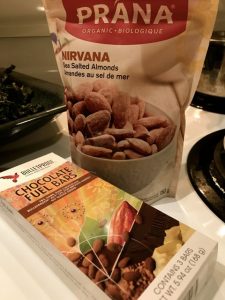 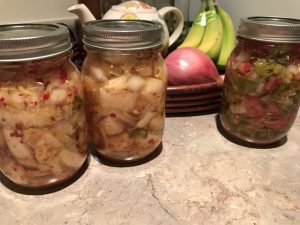 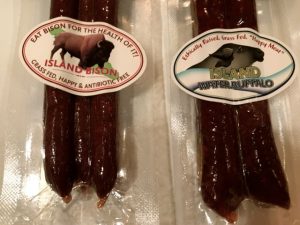 While I was finishing up with my probiotic investments, Jeff stuck the sausage in a pan with coconut oil, also cutting thin slices of beets and squash for cooking around the pan, also a bunch of scissored beet greens. Yum! While that cooked, we started with the the baby greens salad with nothing but a hemp oil drizzle and a little organic balsamic vinegar from our stay in Quebec City.
The whole meal was mind-blowing and we have sausage left over for lunch in the morning before we head out for a hike and to stroll downtown Victoria. The lamb roast will be cooked on Monday before we go into busy full days serving patients. I have other ferments of kimchi and salsa that will see us through this week until the new ones are ready in about 7-10 days.
Tell us how you’ve become a conscious consumer and where your food comes from and what you love to make in the way of investments into your health and your family’s well-being. What are your priorities given your own typology? How do you manage this while travelling or visiting new locales? What do you love about your local market and the feeling that fresh, organic food gives you? Like us, you may even find your portions are small given that the food is so nourishing … no need ever for fillers or to resort to chemicalized, GMO’d foods by giant corporations. 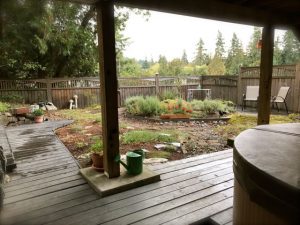