Well, we’ve put 19,000 kms in total on our car since June travelling across Canada and down the west coast of the United States and into Mexico. We’re finally settled in the most remarkable city that we’ve ever been to in both Europe or North America. Think ancient Italian port town nestled on a rocky bowl with mind-blowing food and culture for less than a few pesos.

Guanajuato, Mexico is built in a steep teacup that is an ancient caldera of a volcano. It was the seat for the Spanish invasion, and subsequent revolution, due to the wealth of the gold and silver mines documented in the art of Diego Rivera (Frida Kahlo’s husband). 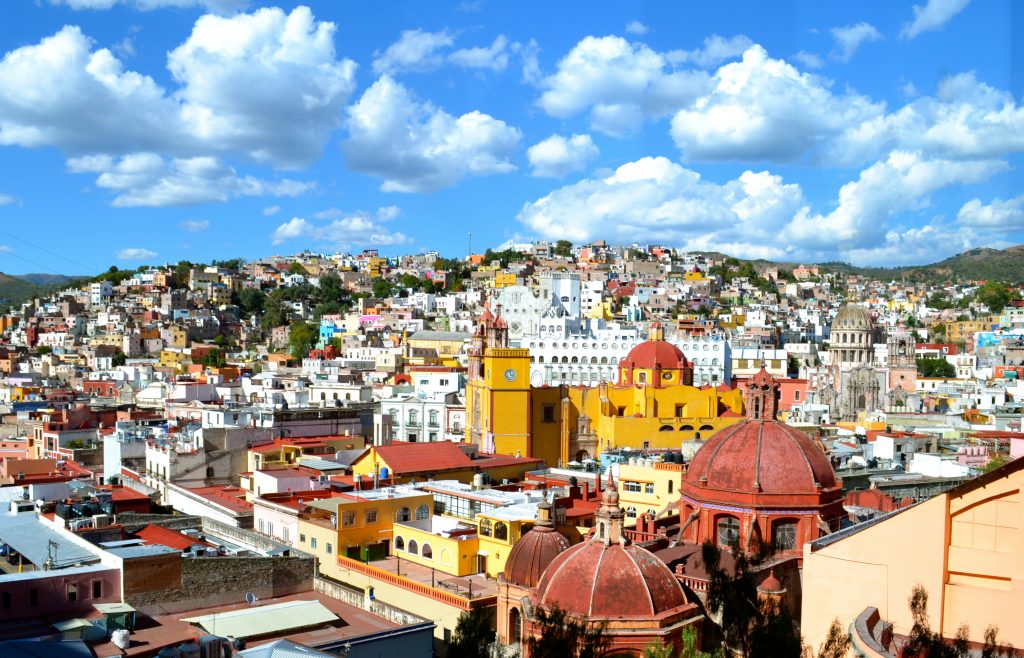 In the week that we’ve been here, we’ve already been to several concerts, with a world class symphony, with performers that hail from Russia, Europe as well as Mexico. Yesterday, I went to a piano recital that blew my socks off, afterwards there was a wine and tapas offering in the spectacular garden with local folks peppered with expats. It cost me $10 Canadian. 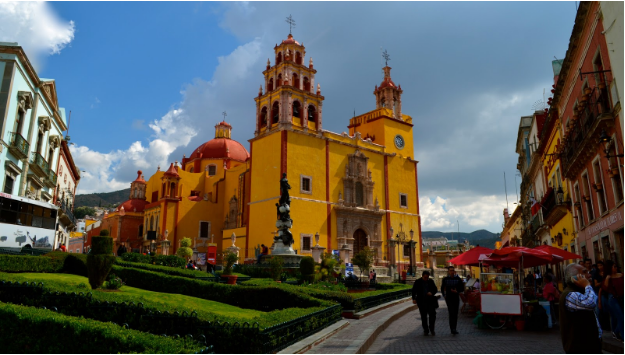 I’m learning to muddle through with my broken Spanish, although it is tough being so effusive and so short on vocabulary. I will start my tutoring online next week and hope to volunteer here with local youth who make organic soaps and olive oil so that I can learn more of the colour of this expressive romance language.

Our two room casita, with fibre-op, sits at the very top of the bowl with mountains jutting up on three sides. Any stroll to the the town takes us on a steep incline that makes me often think that I need a climber’s belt, ropes and several carabiners to make it back home. 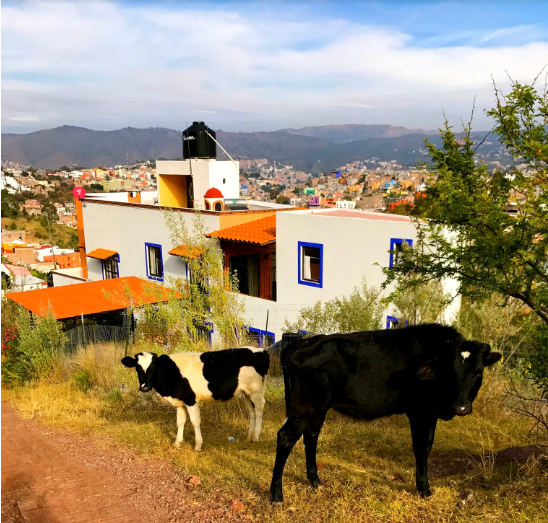 Our morning hikes take us down cobbled streets through a dam, salted with patos blancos (white ducks), a gorgeous park past several schools and universities for art, political science and engineering. Of course, there are churches with huge iron bells and haciendas dotted in between with old colonial styling and balconies, man how I love a pretty balcony!

Jeff and I will scoot into Café Tal for a Sencha Tea (or the best hot chocolate I’ve ever had) and then we might have a couple of steamed tacos for breakfast from a street vendor. All totalling about $3.50 Cdn. A cab is 50 pesos (about $3.00 with tip) and the bus is 5 pesos (which is so little I can’t calculate it). Our groceries for the week come to about $30 – $40 Cdn at Mercado Hidalgo (built by Ernesto Brunel and Antonio Rivas Mercado with input by Alexandre Gustave Eiffel of Paris’ Eiffel Tower) where we get all our fruits, vegetables and meats. 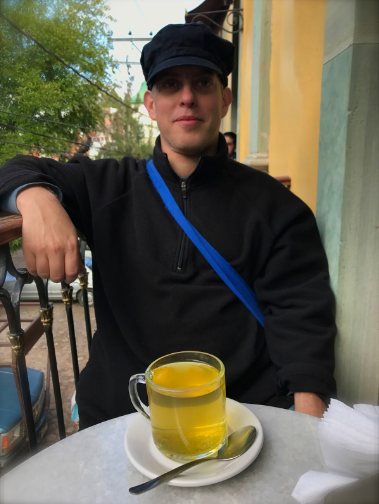 It’s even cheaper if you walk the streets and locate the native indians, mostly women with babes in arms, who’ve brought their wares to sell down from the ranchos way above the lip of the caldera. One such young fellow, in front of his parent’s vegetable stall, stopped and asked me in broken English where I was from. I responded, “Canada,” gesturing way, way far from here, and he asked me if we speak English there and I said, “Yes, and French too!”

The weather is very cool here at night, dropping down to a nippy 5-8 degrees celsius which is in the mid 40’s on the fahrenheit scale. Like home, we have three blankets on our bed for warmth at night. And boy do we sleep! At 7,000 feet above sea level, we’re having to take the homeopathic remedies, Coca and Cundurango, for a touch of altitude sickness. You’re extra sleepy at night, the oxygen thinner so when hiking back up the 3,500 steps (about 15 flights of stairs … no, we don’t count them … we have an app for that!) from having tea, we need to stop a couple of times to catch our breath. Also, you can have headaches right where you’d have devil’s horns, if you were thusly inclined, on the top of your head and feel at times a little hungover with a stomach bug.

While it takes about six weeks, typically, to stabilize your blood oxygen levels, we’re already feeling amazing in our new locale. We travel like this to fulfill our astral desire function to know new people, culture, art, music and language. It builds the ontic (sense of autonomy/immunity) by holding our essence in check as we’re exposed to many different circumstances and seeming social incongruencies to our more conservative Canadian sensibilities. Also, living in Canada, frankly is just too familiar, and also very pricey now that we’ve just paid off all of the “investments” we made into our education. 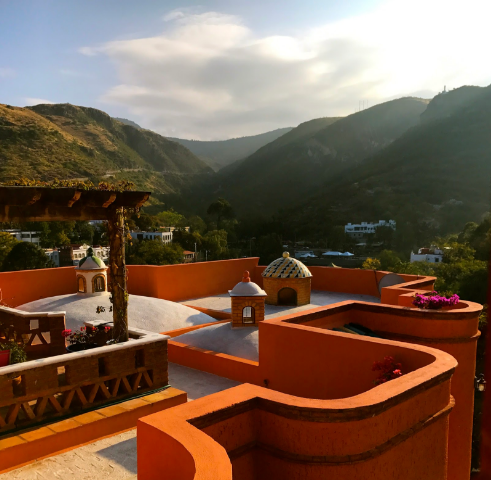 We’ll see what the next five months here in Mexico yields. In our opinion, we’d much rather be on this side of any walls to be erected by boisterous (better if I don’t add the other adjectives I’m thinking of) politicians.