Contained in your Emotional Support Dropper is a combination of homeopathic remedies we call “NSOL.” These letters stand for Natrum Muriaticum (grief), Staphysagria (anger), Opium (fear) and Lachesis (guilt). Opium is derived from the papaver poppy and, like all homeopathics, it in no way contains any of its crude source by the time we prescribe it. All homeopathic rx from Arcanum Wholistic Clinic are above “Avogadro’s Law” meaning that the rx is so highly diluted that chemical science would categorize it as placebo.

As we know, our medical provings are derived from observing someone who has taken a drug in crude form. For example, we’ve studied those who have taken opiates (known as laudanum several decades ago) for extended periods of time, and patients will share with us the effects of post-surgery painkillers like OxyContin, Percocet and methadone. The most active substance in opium is morphine, named after Morpheus, the Greek god of dreams. 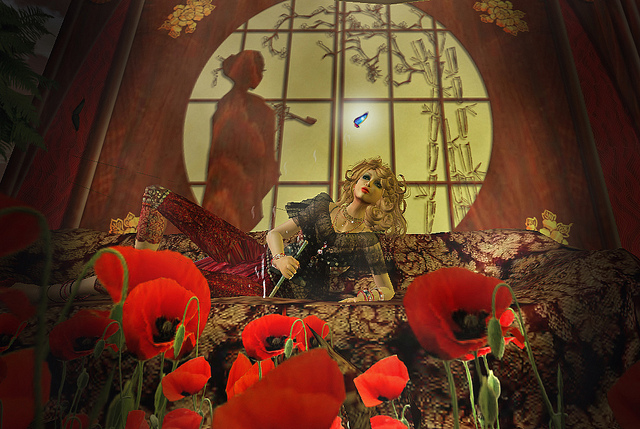 A great image that helps to discern the Opium state of mind is that of the Chinese opium den back at the turn of the last century or two, and even earlier to ancient Sumeria where it was considered “the plant of joy.” There have been many rumors that the character Sherlock Holmes was addicted to crude opium and that British author Thomas De Quincey partook, naming it “the celestial drug.” Also, Homer’s Odyssey involved sussing out ‘nepenthe,’ a medicine derived from alcohol and the papaver poppy.

In homeopathic medicine, Opium is the quintessential remedy for curing pervasive fear. Dr. Henry Clarke describes the state of mind in his three-volume set of Materia Medica as at first being very excitable and then succumbing to a dream-like stupor:

Carelessness, or great anxiety and uneasiness.–Inconstancy and fickleness.–Strong tendency to take alarm, and timorous character.–Rash and inconsiderate boldness.–Tranquillity of mind, with agreeable reveries, and forgetfulness of sufferings.–Stupidity and imbecility.–Loss of consciousness.–Great flow of ideas, with gaiety and a disposition to indulge in sublime and profound reflections.–Vivid imagination, exaltation of the mind, increased courage, with stupefaction and dullness.–Very easy comprehension.–Illusions of the imagination.–Mania, with fantastical or fixed ideas; patient believes, contrary to fact, that he is not at home.–Delirium with frightful visions, of mice, scorpions, &c., and with desire to run away.–Mendacity.–Rambling speech.–Loquacious delirium, with open eyes and red face; furious delirium.–Fright with fear; is followed by heat in the head and convulsions.–Grief over insults is followed by convulsions.–Drunkenness with stupor as from smoke on the brain; eyes burning, hot and dry.

About six years ago, we treated a fellow who worked for the local hydro company. He was coming home late one night in his truck, it was foggy, rainy and turning to sleet. In the fresh snow that had accumulated during the day, he noticed the relatively fresh tire tracks of a car that had gone off the road and slid into a ditch down a fairly steep embankment. When he reached the vehicle he found a woman still belted in the front seat; pulling her from the wreckage, he checked for a pulse, called 911 and started CPR. My patient soon realised there was no hope, but continued trying to resuscitate her until the paramedics arrived. When he came to see me, he was in an Opium state and his wife confirmed that he kept having bad dreams and worries of finding others in a similar state at the side of the road.  He was still in a state of shock, cycling through fight/flight.  He cited that he felt numb to it all.

I’ve served women who have been in an Opium-like state for many years after suffering some form of emotional, physical or sexual abuse. They have trouble with memory, feel somewhat lost and just can’t seem to fully actualize themselves due to this overwhelming pervasive fear and delirium. If you look at the eyes of many women coming from terror-filled countries where rape by oppressors was (and still is) an instrument of terrorized suppression, you will look into their deadened and staring eyes. There is no worse crime for a woman, with death often being preferable. 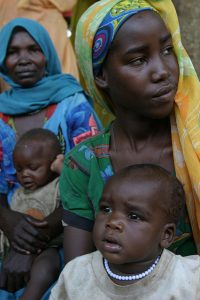 Dr. Clarke describes the eyes of a person in an opium state suffering chronic fear as:

Years ago, one of my patients had served in Afghanistan in the U.S. army (details changed to protect his identity) and was extremely traumatized by the constant threat of  landmines which could explode at any moment. He had also witnessed a close friend succumbing to such a catastrophic fate. When he came to work with me, he was smoking a lot of cannabis, and teaching yoga and meditation as this was the only viable thing he’d found to curtail reliving the shocks and terrors of his experience, courtesy of PTSD (Post Traumatic Stress Disorder). He was in such a reverie that he described it as feeling in a stupor 24/7. 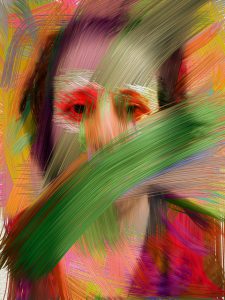 When we clear this type of trauma on a patient’s timeline, they will describe many strange dreams as being part of the healing reaction. I’ve had patients say that that mid-month after taking the remedy, at the twelve to fifteen day mark, they’ve had vivid dreams of being abducted by aliens, seeing malevolent spirits, being involved in an horrific accident, feeling a presence in their midst…just to have it all disappear by the twenty-eighth day and be replaced with restored clarity of mind. 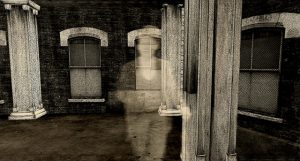 “A Dream” by Sepp Schimmer

Humans are not the only beings to suffer such atrocities producing a chronic fear state. Years ago, we rescued a twenty seven year old horse named “Teddy.” He was such an aged Appaloosa that he’d turned completely white, having lost all his characteristic spots. He’d worked all his life in both Western and English barns for children, and was both bit (mouth led) and neck reined (neck led on opposite rein). He wasn’t the horse that we wanted; we were actually buying a young two-year old mare named Baby to train up for my daughter, Adie. The problem was that Teddy and Baby were inseparable and the owner pulled at our heart strings asking that we take both of them. We agreed.

However, shortly after Teddy joined our farm of thirty-six animals, I noticed that he had a persistent film over his eyes, like cobwebs, that I was constantly cleaning out. He also had that characteristic staring-off look with dark congealed tears weeping from the left eye more so than the right. His lids seemed kind of wrinkled over his blue-brown eyes. 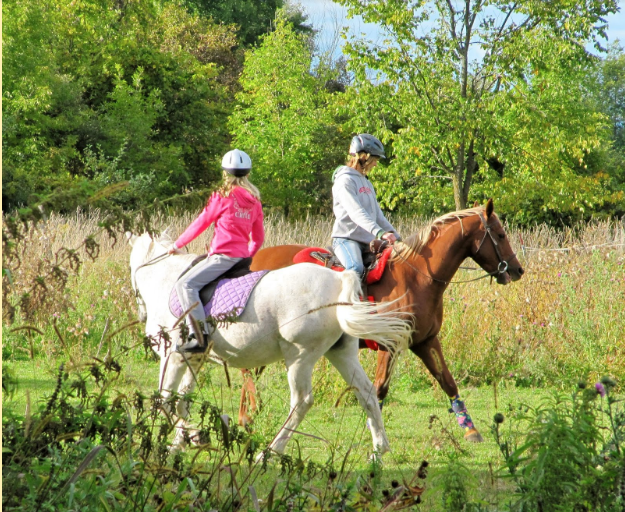 I gave old Teddy a drop of Opium 30CH and watched him completely perk up. It was amazing! In fact, Baby proved way too fiery for my daughter so when her horse turned three we hired a trainer for Baby, and Adie learned to ride on Teddy, using the Alexander Technique and no bridle, instead employing just the subtlest of body movements. Teddy learned this whole new approach to riding without a hitch in his elderly step!

My hope is that you have a better idea of what induces an Opium state in yourself or a loved one. I’m going to list a number of events below that we’ve treated in our patients that may be of further assistance as you discern the type of events that can engender a chronic Opium state:

Folks more likely to be in a chronic Opium state, that we’ve successfully treated: