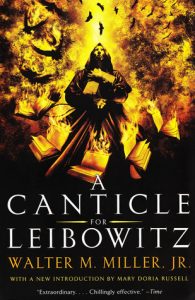 While attending University, way back when, I used to board with a great big Irish Catholic family. Actually, there were once seven children at home but when I arrived on the scene to rent a room, only the mother and one daughter were left at home. The young woman and I both attended the University of Toronto at the same College.

When I came downstairs one day the mother, H. (I’ll call her), wearing a surgeon’s mask, was stripping the paint from around the oak window casings with a small blow torch and a paint scraper. She was singing softly to herself. I tried to creep by without disturbing her as she seemed so intent on her task. She called out, “Is that you Allyson?” I replied, “Yes, I’ve come down to make some breakfast.”

I recall commenting on the incredible amount of work she was doing and that it might take a year, or more, for her to strip all the windows in the house, including the stained glass ones, and wasn’t she afraid of burning the wood or torching the glass? She responded that it was therapy for her after the decades of work at Queen’s Park as an assistant to a prominent political member. She was now retired and it seemed stripping windows of their white paint was how she’d decided to best fill her days. At the time, I didn’t understand why a retired person wasn’t out scuba diving or lunching with a whole gaggle of friends.

She continued, saying that she wove her prayers into the vapour from the torch, that they would be carried heavenward with each bubble of paint that she scraped from the sill. During the hotter summer months, she’d often strip the paint for 8-9 hour stretches in her panties and a loose t-shirt. I wondered at this sixty-five year old feminist as if she was a most curious object. Sometimes, I knew that she could feel my eyes on her and I could feel her smile; she’d just continue humming as she worked without saying a word. One time she did ask me if I had issues with feminism, and for three decades after I was mystified by her question.

Late one afternoon, I came home via streetcar along Gerrard St. East, to find on my bed a book entitled, “A Canticle for Leibowitz” by Walter M. Miller, Jr. about a simple shopping list left behind by a monk and how its seemingly benign items like, “Pound pastrami, can kraut, six bagels–bring home for Emma” speaks to the rise and fall of humanity in the face of atrocities like a nuclear holocaust. At the time, I didn’t have a clue why H. would want me to read such a book, however, since she seemed to take an interest in me (I had been orphaned the year prior) I forced myself through its pages. We never spoke about why she gave it to me.

To this day, I still don’t wholly understand the ramifications of what was written on the pages of that book, so I took it on as a gesture of intention, a meditation of sorts. Just as this woman scraped paint day after day, perhaps not wholly understanding why or what her function or purpose was at the time, she was investing her thoughts into the practice. I tried to bring the same gesture to that book, and many other books and practices since.

H. taught me that to be a woman in the 21st century, it is sometimes enough not to will something into existence with a great fury, hell bent on accomplishment. That sometimes, seemingly meaningless, repetitive tasks can allow for the space to contemplate, ruminate and even pray. That sometimes, whispering your hopes and dreams into the whiff of vapour, or exploring the incongruous meaning behind why a person is canonized by patriarchal religion is similarly mysterious.

It is the task of remaining open and receptive, in a state of gratitude for the simple things in life, where laying down the rod of doing in exchange for a state of being is an act of utter courage. It is the meaning of the “mass” portion of Christ-mass. When I look up Mass, I get a whole conglomeration of meanings in Wikipedia that look something like this:

“The English noun mass is derived from Middle Latin missa. The Latin word was adopted in Old English as mæsse (via a Vulgar Latin form *messa), and was sometimes glossed as sendnes (i.e. “a sending, dismission”).[8] The Latin term missa itself was in use by the 6th century.[9] It is most likely derived from the concluding formula Ite, missa est (“Go; the dismissal is made”); missa here is a Late Latin substantive corresponding to classical missio.

Historically, however, there have been other explanations of the noun missa, i.e. as not derived from the formula ite, missa est. Fortescue (1910) cites older, “fanciful” etymological explanations, notably a latinization of Hebrew matzâh (??????) “unleavened bread; oblation”, a derivation favoured in the 16th century by Reuchlin and Luther, or Greek ?????? “initiation”, or even Germanic mese “assembly”.[10]Already Du Cange (1678) reports “various opinions on the origin” of the noun missa “mass”, including the derivation from Hebrew matzah (Missah, id est, oblatio), here attributed to Caesar Baronius. The Hebrew derivation is learned speculation from 16th-century philology; medieval authorities did derive the noun missa from the verb mittere, but not in connection with the formula ite, missa est.[11] Thus, De divinis officiis (9th century[12]) explains the word as a mittendo, quod nos mittat ad Deo (“from ‘sending’, that which sends us towards God”),[13] while Rupert of Deutz (early 12th century) derives it from a “dismissal” of the “enmities which had been between God and men” (inimicitiarum quæ erant inter Deum et homines).[14]”

It is really a tough piece for me to sort through. I don’t fully understand its holy  historical references; however, if I am patient enough, some vaporous light may illuminate it if I’m meant to know more. The other day, in a foreign country, where the language is foreign to me, I slipped into a two hundred year old church during mass. I sat in a back pew, closed my eyes in the cool stoney air and felt the wisps of incense wash over my fatigued bones. My camera draped at my side, I closed my eyes and fell into a meditative state as the filthy, homeless person with a ratty beard prayed next to me in Spanish on bended knee.

In the past, when directed by my mentor, Steven Decker, to study Rudolf Steiner until I drifted off to sleep more mystified and confused than ever, I’d become comforted without knowing precisely why I was studying such heady texts. It was like being tussled and tossed about in the washing machine of mystery. While I don’t always know in the moment, I trust that a canticle of meaning will eventually find me during the seemingly most mundane of tasks, a whispered prayer, poem or song received in the corridors of my heart.

I no longer have issues with powerful women. They don’t scare me. H. was right. It took me years to understand that just because I wasn’t counted as a wizened woman in my early twenties due to my weakened, diseased state  doesn’t mean that I didn’t have the potential to eventually become one.  After thirty years, through the portal of my own health, I learned to breathe many prayers into countless sill windows. Although ongoing, I now feel the answers to my own feminine mystery; a sweet place where I might serve in my ontological confines in this present space and time.

A canticle of seemingly endless lists filled with pastrami and sauerkraut in the face of political holocaust can join together to produce strong, capable and assured women, who whisper prayers for the salvation of self and other into the vapours of time. This unifying presence through family and intention is the Divine feminine ignited.

This year I am thankful for rest, health, verve, ease, strength, quiet, creativity and an inner grace that is ripening. I am grateful for inspiring women, and men, in my life who hold the candle of the mysteries of life in good stead until they’re ready to be wholly illuminated. I am able to fall into meditation, offering prayer-filled alms to the Spanish beggar for he shines the light on what is still my greatest challenge: the quickness with which I judge the sills of time to be too many to make a shred of difference.

“Just as in the body, eye and ear develop as organs of perception, as senses for bodily processes, so does a man develop in himself soul and spiritual organs of perception through which the soul and spiritual worlds are opened to him. For those who do not have such higher senses, these worlds are dark and silent, just as the bodily world is dark and silent for a being without eyes and ears.”

? Rudolf Steiner, Theosophy: An Introduction to the Spiritual Processes in Human Life and in the Cosmos

Happy Re-New-al Year to you all!