I recall once, years ago, going into a Starbucks in Ottawa, Canada. The barista who was preparing my tea noticed the pin on my lapel of my alma mater, The Hahnemann College for Heilkunst and Homeopathy. She asked me what it meant. 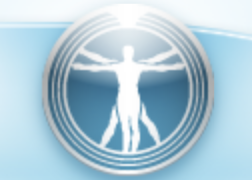 I revealed that it represented Da Vinci’s ‘Vitruvian Man’, where art and science meet on the cusp of our divinely-created humanity. When she asked what kind of medicine we practiced, I replied, “homeopathic”, as most folks are versed in what that means.

Another woman at the end of the counter asked, “So is that the kind of homeopathy where you peel the patient like an onion?  I hear that its sequential approach is the most effective treatment protocol available. I have a friend who was infertile prior to working with one of you.”

I was pretty shocked to hear her say this and I conveyed that I’d been the first Registrar of the school some years prior. Also, that I didn’t realize that the sequential approach was known by very many people. She ended by saying how thrilled her friend was to have conceived after so many years of heartache.

What Does Sequential Therapy Involve?

When patients first decide to see us, they fill out an intake form describing their basic health information. This includes their current supplements, and pharmaceuticals, and their history of any surgeries or dental work. It also covers the basics of their diet and lifestyle, including exercise, sleep and hydration habits. We want to know the present and past chief complaints, and where they experience pain in their bodies.

We also provide them with a timeline guide, asking them to plot all of their emotional and physical traumas in chronological order, from the present to their birth. Shocks and traumas can include surgeries, injuries, drug use, vaccines, as well as emotional traumas.

Patients often worry, “What if I get the order wrong?” or “ What if I forget something?” Don’t worry, as your body’s cellular memory will step up and display symptoms related to the next event to be cleared towards the end of your current twenty-eight day remedy cycle. Think of it like a geological dig, or a multi-layered wedding cake.

Once we start the process, the body knows that it’s on this giddy-up plan. It just systematically offers up its harbored traumas every lunar cycle. For example, my son fell out of bed when he was a wee tyke when we were on holiday. I’d felt very guilty as he’d ended up breaking his collarbone. I should have put his bed on the floor.

I think I was blocking out this memory. I forgot to include this incident on his timeline. When we tried to go past this event to treat the next written one, he woke up the next morning and complained of “a very sore neck”. When I asked him what it felt like, he said, “Just like it did when I broke my collarbone at Auntie Louise’s and Uncle Don’s.”  Yikes!

The body never forgets, and so we backed up and I picked up the homeopathic remedies to treat this event instead of trying to bypass it.

The other example I have is with our cat, Smokey, who’d been struck by a car and broken his jaw years prior. When going through his timeline, just before the event was due, his jaw swelled and erupted with pus. Lovely, I know. His body did not let us skip over this unresolved trauma. The next timeline remedies you need will be obvious, even if not written down on your timeline.

If I had your permission, I could dazzle you for hours with such stories of sequential timeline treatment. By changing some of the details for privacy, I will share one more with you.

I was working with a woman going through timeline treatment. We reached the point in her history of a brief marriage that she felt had been a mistake. He had moved to the other side of the world and they never saw each other again. At least not until the precise month that we were due to clear this event on her timeline.

Doesn’t she bump into him, across the country, at the airport? They sat and had coffee and shared what they’d been doing in their lives since their divorce. She cited that the reunion had been awesome and that she gained closure in that impromptu meeting in ways she’d never imagined. Then she winked and asked me if I thought this occurrence happened because it was next due to be treated on her timeline. I asked her back, “What do you think?”

Where Did Sequential Treatment Originate?

Our mentor, Rudi Verspoor, DMH and Dean of Philosophy of the Hahnemann College for Heilkunst and Homeopathy, was once flying back from France in the early 1990s, when he wandered into the airport bookstore. There, on the shelf, was the French version of a book called, Rediscovering Real Medicine, by J.F. Elmiger, an MD in Switzerland. Rudi studied it the whole way home back to Canada, and upon his return shared the concepts of sequential timeline therapy with his wife, Patty Smith.

It made so much sense to them both that they began to incorporate Elmiger’s sequential approach into their respective practices. Over time, they developed it more fully under the umbrella of Dr. Samuel Hahnemann’s complete approach of “Heilkunst Medicine”.

A Little Dose Of History

The idea of sequencing began with the founder of homeopathy, Dr. Samuel Hahnemann (1755-1843). He understood disease to be hierarchical. He also made a distinction between primary/tonic (diseases of constant nature) and secondary/pathic (diseases that are variable in nature). Dr. Hahnemann basically said that if you eradicate the constant diseases first (the mother), the secondary diseases (the baby) are generally destroyed alongside.

In some cases (around 12-15% of the time), this doesn’t happen because the baby disease (the pathic disease that is identified by a specific symptom picture) has grown into an independent adolescent with the same characteristics of the mother. In that case, you need to go after both of them.

Our Genetic History Is Also Sequenced

Another important treatment sequence relates to the chronic miasms, or inherited disease tendencies in a family tree. Without getting too much into this topic which is better explained here, it is fair to say that our human history as it pertains to diseases, is also sequenced. Psorinum, or itch disease, is the oldest Genetic Miasm while Lyme is more recent. These inherited diseases also demand to be treated in a particular clinical order.

Dr. Elmiger, likewise, discovered a sequence to the chronic miasms. He identified that they followed the ‘Law of Succession of Forces’. He was the first to systematically follow a sequence for tonic disease and for the chronic miasms based on the use of nosodes (energetic medicines made from disease discharges) and isodes (energetic medicine made from the actual drug or vaccine material).

This approach provided the key to unlocking the health complications caused by iatrogenesis (ie diseases caused and/or worsened by pharmaceuticals). These blockages must be addressed in order for the application of sequential treatment to be fully successful.

Although Hahnemann laid down the principles of the dual nature of disease (see Dynamic Legacy; From Homeopathy To Heilkunst, by Rudi Verspoor and Steven Decker), not much was done with it for 150 years while his wife, Melanie Hahnemann, held his transcripts for the 6th edition of, Organon of The Medical Art, in abeyance.

As Rudi Verspoor cites, “It was not until the 1970s that a Swiss medical doctor, Dr. J.F. Elmiger, who decided to study homeopathy, discovered that the iatrogenic shocks of drugs and vaccinations was a major cause of illness and that the treatment of these shocks proceeded in the reverse order of their occurrence. He called the treatment of these shocks and traumas according to their reverse time sequence La therapie sequentielle or Sequential Therapy.”

The next step was the introduction of Dr. Elmiger’s approach to North America. While a number of individuals did this independently, it was the work of Rudi Verspoor (Canada) and Patty Smith (USA), working in collaboration in the early 1990s, who added a significant dimension to Dr. Elmiger’s discoveries, namely that of emotional shock. While this had been included in Elmiger’s work, it was not fully developed, as Dr. Elmiger restricted his practice mainly to children and certain adult cases. He generally found adult cases difficult to handle. With the insights into the medicines for emotional shock, Verspoor and Smith were able to expand the idea of Sequential Therapy for adults in an effective manner. Their first book, Homeopathy Renewed, published in 1995 (and superseded by Homeopathy Re-examined), brought Dr. Elmiger’s work, combined with their own extensive research and clinical experience in developing the sequential approach, to North America.

While Sequential Therapy, or ST for short, is highly effective, it is important to realize that it is only part of a much broader system of medicine created by Dr. Hahnemann, which he called Heilkunst, or the art of restoring health.

This system requires the foundations of health also be addressed, in terms of bio-chemical balance, diet, exercise, supplements, hormones, energy blockages, etc, as well as various realms of disease that go beyond that of the timeline and the chronic miasms. For ST to be most effective, it must be part of this more complete system of remediation.

Nothing is written in stone; in some cases the patient’s issues are so acute that the timeline therapy is suspended until the more demanding issues are addressed. Also, in some cases the patient runs through her timeline at warp speed. Phosphorous constitutions just tend to be souped up in ways where they present their next issues every 2-3 weeks, instead of the typical 4 weeks.

My colleague once served a patient whose life force looked for the next remedy every three weeks. She asked him what he did for a living. He said, “I make fast cars go faster.”  She thought this appropo.

Timeline treatment may be suspended in a given month while a more immediate need has takes over the life force. Examples include going into labor, or undergoing a surgical procedure. The support remedies that month would relate to the present tense, rather than clearing something from the past. The timeline is a map, after all, and does not override new life events showing up in the present.

Dr. Hahnemann stated, “Treat what you see!” As it turns out, a good percentage of the time, what is seen is the next timeline event’s symptoms looming. Other times, it’s a challenging mess of blooming, buzzing confusion and you’d better be properly apprised of what’s what. This is where the map of Heilkunst principles guides the practitioner through even the most complex cases.