Ever suffer the February blahs? Folks in the clinic that we’re serving this month often express a desire to lynch that scrawny little groundhog whether he sees his darn shadow or not. It’s not just that it’s the long days of winter and slush that folks are done with, there can be another aspect related to the Genetic Miasm Ringworm that’s also at play at this time of year.

Ringworm is well depicted by the movie, Ground Hog Day, with Bill Murray. It’s the feeling of struggling, over and over again, with the same darn patterns, and never feeling like you have the keys for full transcendence. It’s karmic themes that keep playing out that feel stuck on repeat, and you’ve lost the remote to be able to change the damn tune.

What is the purpose of such a replay? You may be asking yourself, “What am I missing?” The answer is dynamic. Our intellects hate when we perceive the repeating nature of our difficulties. We want the solution as soon as possible to resolve the nature of our suffering. Who can blame us?

The trick lies in relaxing for a moment and taking stock. What’s the specific theme of the repeating issue(s). A few years back, for example, I suffered horribly with poverty consciousness. I hated that every week, I barely had enough money to buy groceries. The kids were in Waldorf School, Jeff and I were doing our post-graduate studies in Heilkunst Medicine, and we had a farm that took many bags of feed monthly that was also draining our purse. I remember having that sick feeling in the pit of my stomach that we couldn’t afford to live!

I realized that I had a very deep belief, in my subconscious, that being impoverished is noble. It was a message that was deeply ingrained in me that stemmed from my Irish/Scottosh ancestors. Without ever saying it, they’d passed down to me that wealthy folk are like politicians; inherently corrupt and that to live life ethically, you must be well on the side of insolvency.

It was a few years later that I read something that hit the mark of my state of mind, “Being poor is actually one of the most selfish states of being there is; they can never be generous with anyone, including themselves or their loved ones.”  That hit me hard! It was so true, though, I could not even have afforded to help my kids reach their goals if I’d wanted to and that hurt my heart.

I went on a mission to create passive sources of income; real estate investments (starting really small with help from friends), interest bearing life-insurance called IBC, etc. Once I addressed my state of mind, things started to turn around for me. I was unblocked from my prior limiting karma and I started to do a little dharma dance instead. At first it was slow and then things began to snowball in a positive way for me and for us. I could help my kids, buy my first tiny house, and help leverage others who were struggling to keep their homes.

I didn’t feel ‘selfish’ anymore and I loved being able to help others. I’ve learned that times like these, are actually the best times to make money. Ethically! By being really creative with the coins you do have, you can learn to double that little bit of money very easily.

I was reading articles about folks who’d done well by being really smart during the fall of the stock market during the 1930s depression, which was known as one of the worst impoverished times in our human history. It was so inspiring.

While I’ll always make most of our food at home from scratch and buy my clothes second hand, now I have a choice. Liberty from my old state of mind means that Ringworm no longer comes up for me in early February like Punxsutawney Phil.

Disclaimer: No groundhogs were actually harmed in the making of this post. 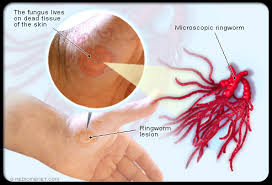 Thank goodness that there are no worms in Ringworm! Otherwise patients would need Chthonic remedies for fear and terror, let alone remedies for tinea (skin issues). Ringworm is the root cause for many fungal issues in the body, showing up as thrush, yellow/white patches under toe and fingernails, as well as blistery lesions or round, red scaly patches on the skin.

Some patients will call in reporting itchy burning rash, termed athlete’s foot, between their toes, under the breasts, or with embarrassing jock itch. Some patients will also lose clumps of hair in spots on the scalp when suffering Ringworm; other individuals will report chronic vaginitis. Unfortunately, probiotics alone (which are sustentive) won’t resolve it outright, as it is virulent and must be cured on the law of cure like cures like (on the generative side). 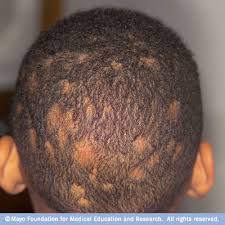 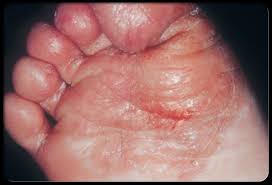 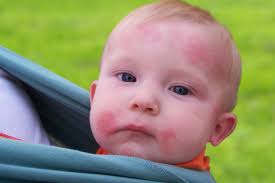 On the Heilkunst map, the symptoms will often show up to be treated between Tuberculinum and Medhorrinum  around February 7th or thereabouts. The state of mind is one like the movie, Ground Hog Day; the feeling is trying and trying to succeed, wanting so much to get out of the grinding loop, but feeling trapped with repeating struggle, then more struggle, and then just giving up. It can be a very demoralizing state to be in. 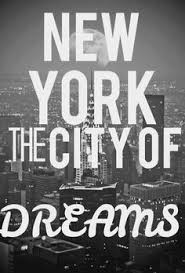 I once had a patient who had a Ringworm dream where they were trying to catch a bus to New York City. They were in a hotel room and they couldn’t find any of their personal effects to put in their suitcase; they searched under the bed, finding their shoes, shoving them in the bag, they then go on a further tirade trying to locate their clothes and shampoo. Finally, they get everything into the suitcase, slam it shut, and head down the hall, a corridor with door after door, where they describe the hall getting longer and longer like a rat in a maze.

Finally, they find the right exit, reach the bus station, just as the ruddy bus is pulling out of the station. In their dream there is no other bus for over a week!  It is futile until they think to get a cab to the train station. Then the dream starts its shenanigans all over again, until they finally arrive to find that they left their wallet in the room at the hotel. It is so frustrating!

The thing is that folks caught in the Ringworm loop will actually be living this state out in their lives. I served a mom years ago who was suffering circular rashes on her elbows and knees. She rarely left home, her grown children still lived at home as well, also stuck in the same hereditary loop. Every time it looked like her kids might move out and gain autonomy and independence, they’d move back in again. She also kept going from one Heilkunst Practitioner to another, until the underlying cause was finally cured. Thankfully, today, I’ve heard that her, and her children’s, circumstances are much resolved.

If you would like to research Ringworm further, here’s a blog by Jeff Korentayer regarding Punxsutawney Phil and Ground Hog Day: 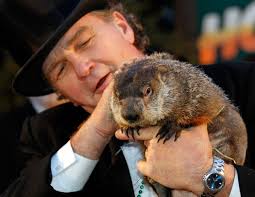 Each unique disease contains its own unique state of mind as well as a unique feeling. When studying remedies, or explaining their essence to a patient, I like to relate a remedy to a commonly known piece of art (music, television show character, movie, etc.), which is a convenient shortcut for illustrating the state of mind and feeling of a given disease. Likewise, I may give a patient “homework” to watch a particular film, or listen to a certain piece of music in order to aid in the work they are doing with a particular remedy, and more completely process the inner content of that disease and its feeling.

The inherited aspect of disease is key to Heilkunst treatment, through the systematic elimination of the diseases we call “the chronic miasms”. Each miasm will be related to a particular aspect of the family health history, such as to heart disease, cancer, or allergies, and so on. Each miasm will be related to a range of these physical symptoms in the family health history, as well as to a fundamental feeling and state of mind unique to each one. In fact, the true method of “preventative” medicine relates to treating these diseases while they are primarily still in the form of a state of mind and feeling, and long before it may have devolved into physical symptoms.

The acute phase of each miasm will also have a certain seasonal aspect, related to a certain segment of the calendar year. The ringworm miasm starts to become more prominent around this time of year, roughly starting on Feb. 2nd, or “Groundhog Day”. By the nature of artistic genius and expression, it so happens that the feeling and state of mind portrayed in the Bill Murray film of the same name precisely captures the feeling and theme of the Ringworm miasm (but with humorous overtones laid on top). 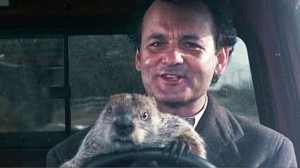 If you have not seen this movie yet, it is certainly worth treating yourself to a viewing of this classic romantic comedy. Or, as with all rich works of art, subsequent viewings often continue to pay off with meaning and perspectives you hadn’t yet seen. Reflecting on the state of mind of Ringworm will add a whole new dimension to it.

He alternates between scenes of having greater hope, and attempting to find a way out, and other times of completely giving up hope and wallowing in his own misery and depression, even to the point of suicide (which does not even release him, as he keeps waking up the next morning to relive the same day yet again).

This is the feeling in the Ringworm miasm — phases of hope and attempting to move forward, but always to come against the same old issues again and again, and ultimately to give up. It matches with the folklore around Groundhog Day, where the long winter days of cold and darkness can go either way — 6 more weeks of drudgery, or an early Spring possibly right around the corner, if the groundhog doesn’t retreat from the sight of his own shadow.

It is very rewarding to be able to witness patients “break out” of any number of long-standing issues which they have felt trapped in for a long time, and to discover new life and a fresh path forward for themselves.

Which way will your Groundhog Day point you this year?